Connect with us
To press down its peaceful nature, the Chairman, Oha Elimgbu Council, Chief Ben Enyidah Utchay has said that his community has never gone into war with its neighbours right from time immemorial.
Utchay made the assertion when he spoke with newsmen at Elimgbu in Obio/Akpor Local Government Area recently.
He recalled that even when some hoodlums and land grabbers attacked them sometime in the past, they remained resolute and never fought back.
The community leader, pointed out that they depend on divine intervention to maintain peace in the community and added that such was responsible for the peace they enjoy in their environment.
Another penecea to peace he said, was making judicious use of the security agents like the Police in the event of any security challenge.
“We don’t have guns or arms. We depend on God and security operatives for protection, that’s the only thing we do”, he said.
According to him, his people do not interfere with police investigation in case of any suspected criminal movement, thus the enhanced security situation of his community.
Concerning the youth, he revealed how they undergo routine lecture on peace, and hinted that it has over the years, yielded the needed result.
In his era as a Community Development Chairman (DCC), he pointed out that he waged war against cultism and maintained the education of the youth against crisis.
He also pointed out that crisis was bane of investment as no investor would invest in a crisis ridden environment.
To succeed in fight against crisis in communities, he said that governments must make efforts to recognize the CDC as the fourth tier of government to enable them nip crisis in the bud.
According to him, various communities’ leaders know those causing trouble in their localities and would fish out same, if empowered financially by the government.
He argued that it would be mission impossible to fight crisis without funds, thus the need to finance local authorities to aid them form and operate formidable vigilante groups.
However, he has called on his people to remain peaceful and supportive of the Wike-led administration to benefit maximally from the system.
By: King Onunwor
Related Topics:
Up Next

The number of Nigerian students in the United States has reportedly witnessed a drastic surge in recent times.
A recent report by an educational platform indicated that the US hosted a total of 13,762 students for the 2019/20 academic year.
The figures represent 93 percent of Nigerians on academic tourism in the US.
The report from Erudera said, from 2015/16 to 2019/20, the number of students increased by 28 percent, while the most drastic increase by 557 percent occurred from 1995/96 to 2019/20.
The same statistics revealed that in the 2018/19 academic year, Nigeria was listed in the 11th place among nations with the highest number of international students in the US.
This figure accounted for 1.2 percent of the total number of international students in that country.
These figures pale in the face of many more young Nigerians aspiring and struggling to gain admission into foreign institutions in the face of recurrent disruptions in the Nigerian public school system.
A public analyst on education, Richard Ewem, said that the figure would continue to increase until Nigeria invests in and improves its education sector.
‘‘See; don’t get me wrong, studying abroad is good if you can afford it. Nigerians are smart people, very brilliant, they excel anywhere despite a poor start. So, the issue of our students going abroad to study in droves may not be bad, but it tells a lot about what we have at home and the need to improve it.
But Gent Ukëhajdaraj of Erudera attributed the surge to the quality education and the multi-cultural environment that students enjoy overseas.
Meanwhile, statistics indicate that Nigerian students have contributed about $514million to the US economy.
At a public event recently, the Country Public Affairs Officer of the US Embassy in Nigeria, Aruna Amirthanayagam, said the country wanted more students to benefit from its educational system.
In 2017, Nigeria was ranked the highest source of African students in the United States, with 11,710 students that year, an increase of the 9.7 percent recorded in 2016. 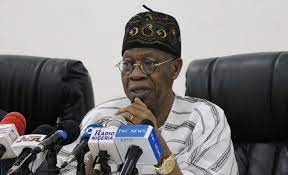