A pressure group, Oron Think Tank, has accused Governor Udom Emmanuel of Akwa Ibom State of marginalising the Oro ethnic group in his recent board appointments.
Chairman of the Oron Think Tank and former Commissioner for Information, Prince Chris Abasi Eyo in a press release expressed dismay over the governor’s exclusion of Oron Federal Constituency from board appointments.
He described as unfair that nobody from Oron Federal Constituency, comprising five local government areas was included in appointments into the various boards.
He listed the boards to include State Universal Basic Education, State Secondary Education, the State Local Government Service Commission, the State House of Assembly Service Commission and the State Board of Internal Revenue Service.
Eyo said: “Recently, His Excellency constituted the Board of the State Universal Basic Education (SUBEB). It’s difficult to know what formula the Governor uses to ensure fairness in the distribution of these projects, industries and appointments. In fact, it seems while each announcement of appointments gives joy to other parts of the State, it heightens pains and sorrow in Oron Nation.
“For purposes of appointments and in the interest of justice and fairness, Boards, Agencies and Commissions are usually graded and governments ensure that the different ethnic and political configurations of the State are taken into account in the distribution of these offices.
“The Federal Character Principle of the Federal Republic of Nigeria is designed for ethnic inclusiveness for national cohesion. The same should not only be domesticated in the State, it must be generally seen to be so. Of course, this was the case until 2007.
“The Governor isn’t inclined to distributing political offices, infrastructures and industries based on ethnic groupings which constitute the State, the minimum he can do to ensure fairness is to resort to federal constituencies as the basis for the distribution of appointments and sharing of infrastructures in the State. Anything other than this will continue to result in the kind of lopsidedness and imbalance we are presently witnessing in the State”.

No Land For Herdsmen, Edo Affirms

The Bayelsa State Government on Saturday denied allegations that the N3 billion Agriculture loan from the Central Bank of Nigeria (CBN) was diverted by government officials.
Bayelsa Commissioner for Agriculture, Mr David Alagoa, in a radio programme monitored in Yenagoa described the allegations as false, baseless and childish.
Dr John Idumange, a former General Manager of Bayelsa Broadcasting Corporation had alleged diversion of N3 billion agricultural loan obtained by the immediate past administration led by Chief Seriake Dickson.
Idumange, who was an aide on Research and Documentation to Dickson, who was governor from 2012 to 2020, claimed the present administration was diminishing the efforts of Dickson’s government.
He claimed that he had so far, recorded 17 cases of diversion of the N3 billion loan obtained from the Central Bank of Nigeria (CBN).
Idumange also claimed that he would report the alleged fraud to the Economic and Financial Crimes Commission (EFCC) when the count reaches 25.
Meanwhile, former governor, Dickson had in a press statement last Friday, washed his hands off the allegations, and urged his supporters to close ranks and work for the success of Diri’s administration.
Speaking on the allegations, Alagoa said that the first tranche of N1.5 billion facility which was received in March 2020 for infrastructure had been deployed to upgrade the existing cassava processing plant and set up two rice mills.
He said that the facilities where the funds were spent on were available for any interested person to visit and inspect, adding that the CBN has stringent inbuilt governance mechanisms to guard against abuse.
Alagoa dismissed claims made by Idumange who called into the programme to allege that a paltry sum of N50,000 was disbursed to few farmers while government officials shared the rest, as false and without merit.
“It is either Idumange does not understand or does not want to understand or is on a mission to discredit this administration, let me state right here that we are open to criticism as we do not have a monopoly of knowledge.
“We welcome constructive criticisms as long as they are factual and true, but Idumange did not get his facts right and maybe the information at his disposal is from another state and not Bayelsa.
“I therefore, challenge him to prove that money was shared by government officials because no such thing happened and the projects for which the funds were meant are there for inspection.
“It is also false that N50,000 was disbursed to few beneficiaries. We have 3,500 beneficiaries who qualified even though we had planned for up to 6,000 farmers but due to financial inclusion issues.
“Many of the farmers who do not have functional bank accounts with Bank Verification Numbers (BVN) were screened out. So the 3,500 beneficiaries received N50,000 for land ploughing and preparation.
“The programme is structured in such a way that funds are remitted at various stages in the farming process, currently we are distributing inputs for rice and cassava farmers, whitefish inputs would be distributed later this month.
“Our policy on agriculture is to promote farming by resident to achieve food security, while the government assists them by mechanising the process and the tractors acquired are already in our custody ready for use,” Alagoa said.
Idumange alleged that more than one year after the first tranche of the loan was received, nothing has been achieved beyond land clearing but Alagoa noted that the lockdown occasioned by the COVID-19 slowed down the process. 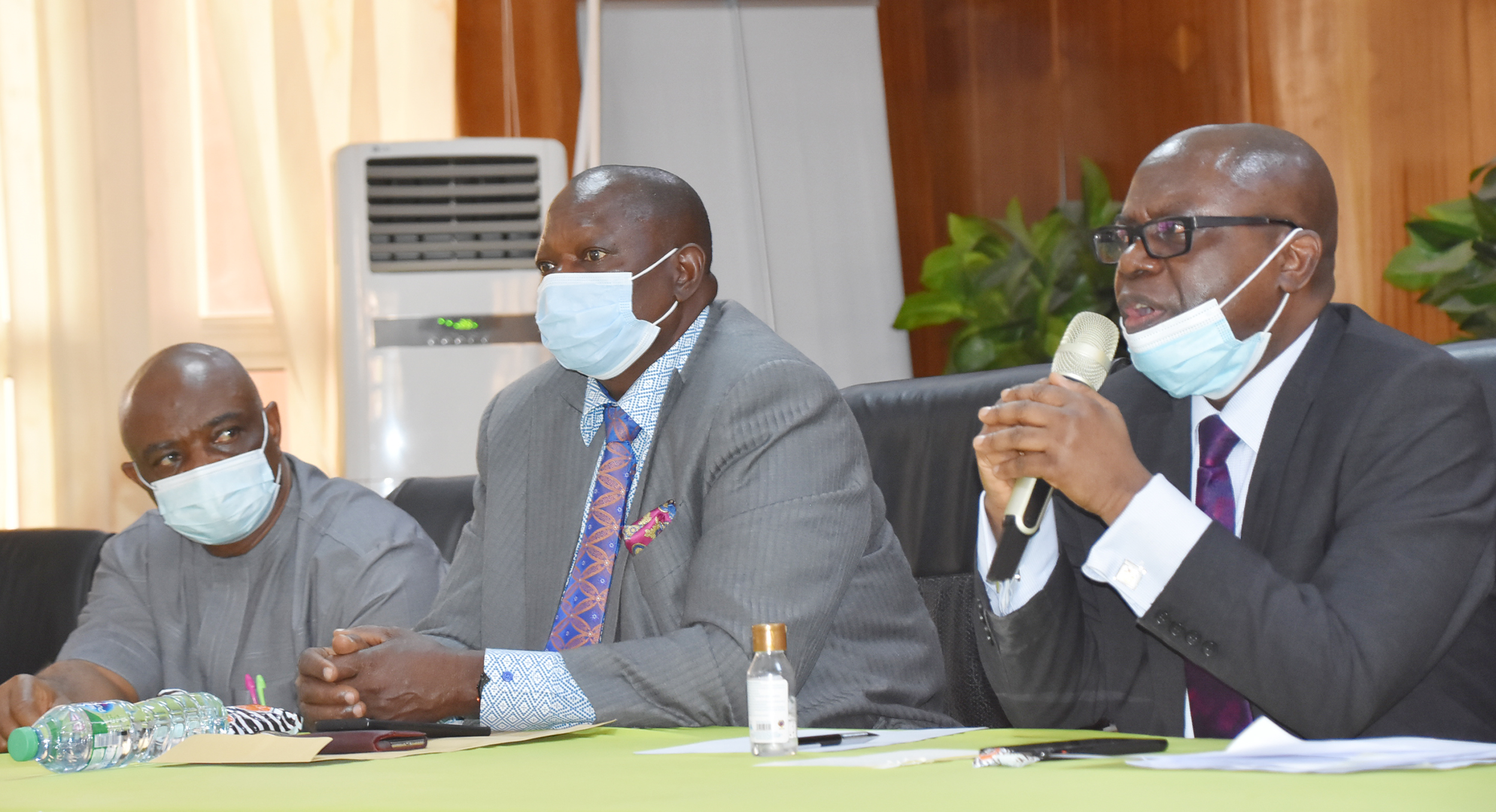 Delta State Governor, Senator Ifeanyi Okowa says the State Government would partner Nigerian Maritime Administration and Safety Agency (NIMASA) to develop the state’s maritime potential.
Okowa stated this when the Director-General of NIMASA, Dr Bashir Jamoh and his management team visited him at Government House, Asaba.
He commended the management of the agency for reaching out to stakeholders in the littoral states in its determination to develop the maritime sector.
He said that the take-off of the Maritime University in Okerenkoko had brought peace to the Niger Delta and pledged the support of the state government to the growth and development of the university.
The governor acknowledged that NIMASA had done well in Delta, but needed to do more to enable the state to reap the dividends in the maritime sector.
According to him, “I appreciate the effort of NIMASA in the establishment of the Maritime University in Okerenkoko. The school should be developed to international standards because of its uniqueness and for it to produce adequate manpower needed in the maritime sector.
“Indeed, the coming of the university gave birth to peace in the Niger Delta and we must appreciate NIMASA for its contribution.
“I am glad that a lot is being done by NIMASA particularly in Delta State and we will continue to appreciate it so that you will continue to do more.
“I am aware that we have been having issues with the ship repairs and building project and we will be happy to see this industry established to complement the university.
“We are aware that a lot of scholarships have been given to Deltans and I must register our appreciation to NIMASA,” Okowa said.
He called for the opening up of the nation’s ports because of their importance in economic development and job creation, saying “a well developed maritime business has the tendency to address major challenges in the nation’s economy.
“Attention has for long been given to crude oil exploration and exploitation thus neglecting gas which has both long and short term gains to any nation that has it as a natural resource,” he added. 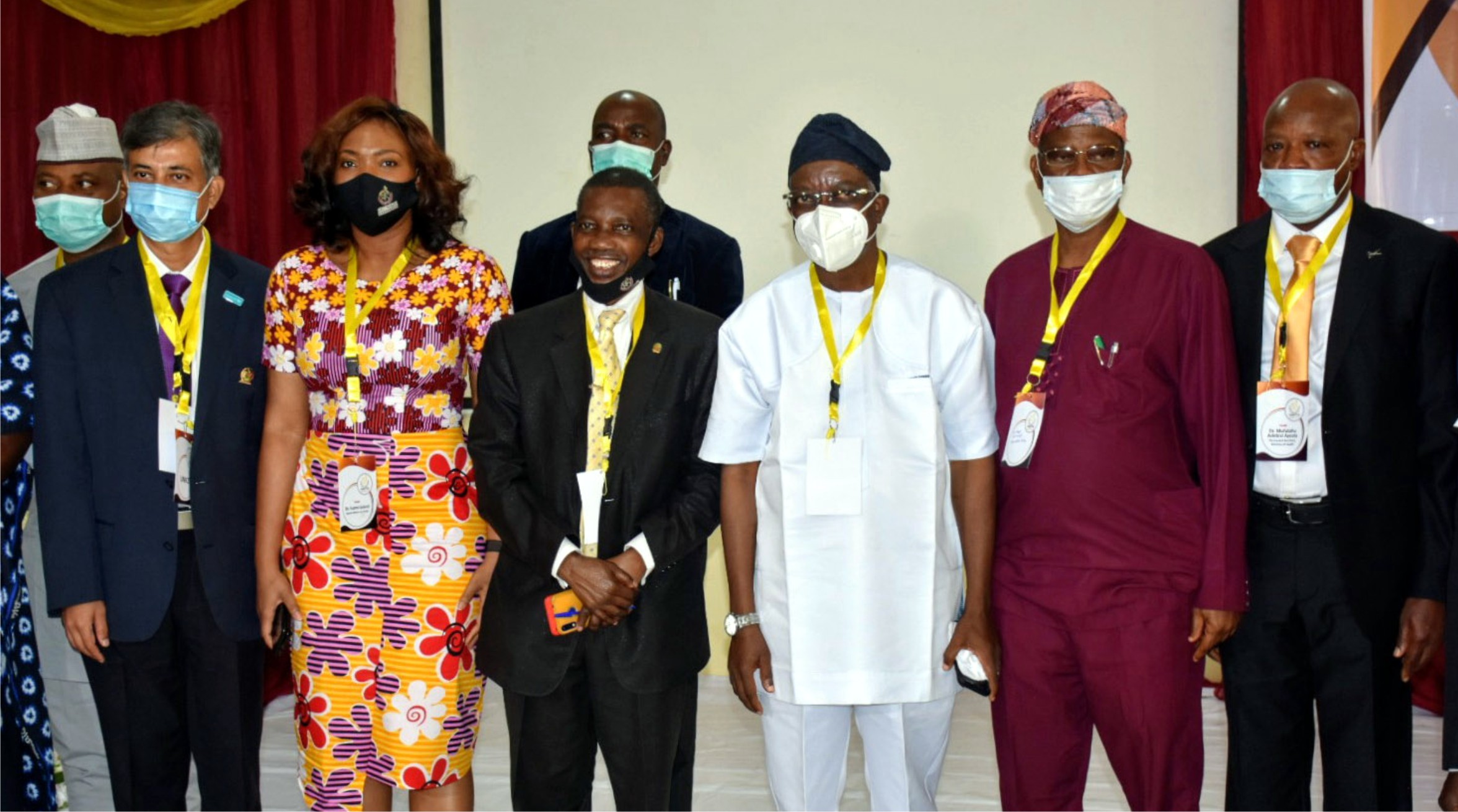 The member representing Ovia Federal constituency, Hon Dennis Idahosa, last Saturday averted what could have snowballed into a communal war in Edo State when he waded into the traditional leadership in Iguobazuwa, Ovia South West Local Government Area, pledging to ensure its peaceful resolution.
While addressing youths of the community, Idahosa said the people must always see that which binds them together rather than that which separate them.
Idahosa said, apart from being member representing the constituency, the matter is dear to him and would be resolved without any form of violence since he is from Iguobazuwa.
“As an indigene of Iguobazuwa community, Odionwere has always been the head of the community, I will do everything with your support, to bring peace to our community,” he stated.
Speaking on behalf of the community youths, Julius Idehen said, “Since the inception of Iguobazuwa community, the recognised head has been the “Odionwere and not Okao.
“Now, one Friday Obaruyi is parading himself as the “Okao” of Iguobazuwa, forcing himself as the traditional head of the community, sidelining the normal traditional protocol.”
Idehen said the decision to seek the intervention of the lawmaker was because he is also from Iguobazuwa community
In another development, the Nigerian Conservation Foundation (NCF) has trained and empowered 240 persons on alternative means of livelihoods in Ovia South West Local Government Area of Edo.