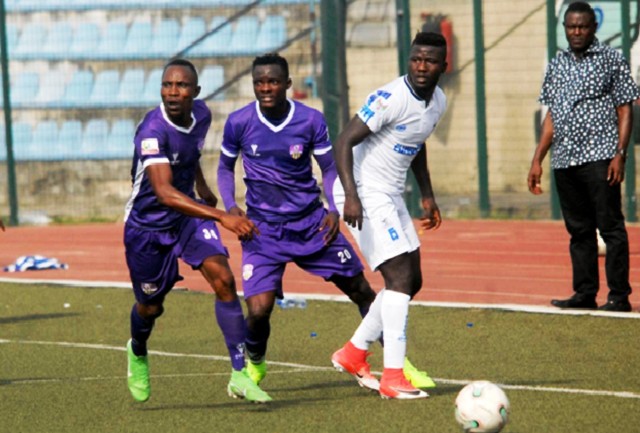 Semi Final matches of the 11th edition of the Ughelli.  Pre-Season Cup competition hold today with Go-Round FC of Omoku and Goddosky FC of Nnewi at the Ughelli  Township Stadium, Delta State.
T Amako FC of Warri and Excellent FC of Ughelli  are among teams to play in the Semi-finals encounter. The tournament which started Sunday, January 15 is expected to end tomorrow.
According to the organiser of the competition, Coach Onome James, the competition so far has been good, as teams have displayed high levels of discipline and understanding, saying that this year’s edition was a huge success.
“I will rate it 85%. We expected more than eight league teams  but due to the Nigeria National League (NNL) which is expected to kick off 30th January, also, most teams did not turn up for financial reasons, but  this year’s Ughelli Pre-Season Cup was a great success,” he noted.
He said the competition had just discovered a young talent, Emmanuel Peters,  who is 16 years and from Team, Ivory Coast. whom he described as a fantastic attacking midfielder was discovered during the competition.
“We have discovered a few talents during the tournament, Emmanuel Peters is one of them, he is good at what he does, he is a fantastic attacking midfielder and will do better in the future if well groomed,” Coach James added.
The competition is played to immortalised Late Prince Anthony Obaseki, one of the finest sports journalists of his times and a publicity officer of the Ughelli  Pre-Season  Cup.
The aim of the Ughelli Pre-Season tournament is for the  Nigeria National League (NNL) and Nigeria Nation Wide (NLO) Clubs prepare themselves ahead of the up-coming (NNL) and  (NLO)  2021 leagues season.
Winners and runners up are to cart away the sum of N150,000 and N100,000 respectively.

RMFA: Screening Process Is To Get The Right Candidates –Coach