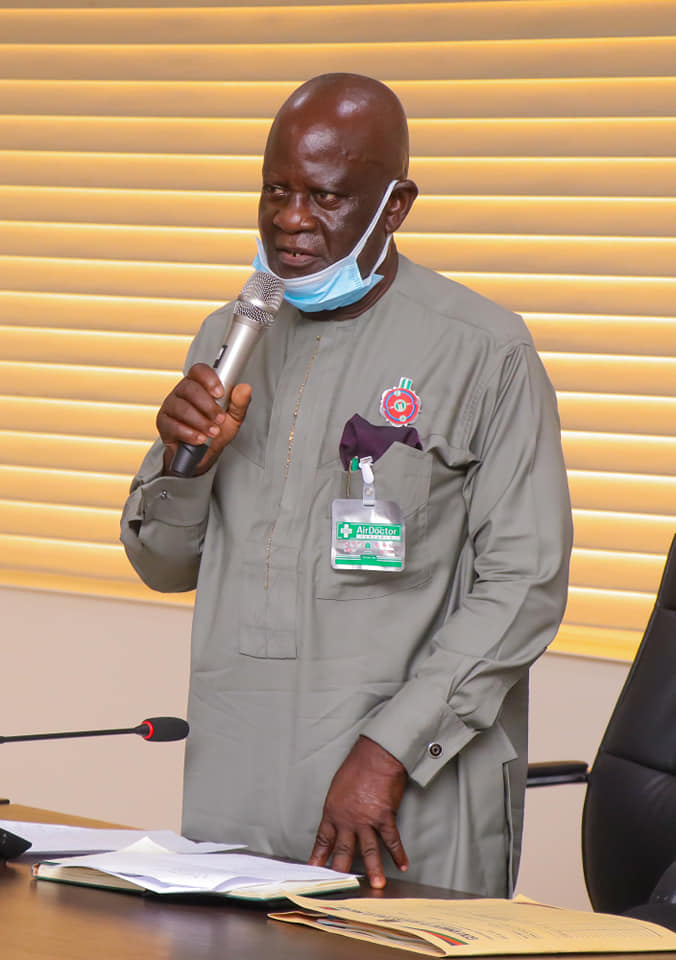 The leadership of the Bayelsa State House of Assembly has debunked the rumour making the rounds that there is orchestrated plot to impeach the state governor, Senator Douye Diri, describing it as false and unfounded.
The chairman of House Committee on Information and member representing Ekeremor Constituency One,Hon.Tare Porri  stated this while briefing newsmen in Yenagoa.
He said the impeachment plot was a mere rumour by those persons that do not mean well for the state.
He described the  rumour of  impeachment against the governor  as not only unfounded, but vexatious, which was targeted at distracting the governor’s attention from embarking on developmental projects that would impact and add value to the state.
Porri stated that the Bayelsa State 6th Assembly from its inception has an harmonious relationship with the Executive and Juducial arms as partners in progress, wondering why detractors and enemies of government could embarked on such rumours.
“They have failed, despite their distractions, the governor will continue to implement government policies that would engender good governance.” he said.
The Assembly spokesman solicited the cooperation and support from all, urging  Bayelsans to rally round the government of Senator Douye Diri.
He said the Rt.Hon Abraham Ngobere led 6th Assembly despite the challenges it faced last year has continued to remain united and work in synergy with the Executive arm of government, assuring Bayelsans that in this new year the Assembly will not deviate from its statutory legislative functions as well as its oversight functions.
On expectations for the new legislative year, he said the House has resumed with more vigour to add more values to its legislative oversight functions.
“The 6th Assembly has passed reasonable number of bills ,while some are pending , most especially the Violence Against Persons Prohibition Act , VAPP and we are ready to set new legislative agenda for the state in 2021” he added.