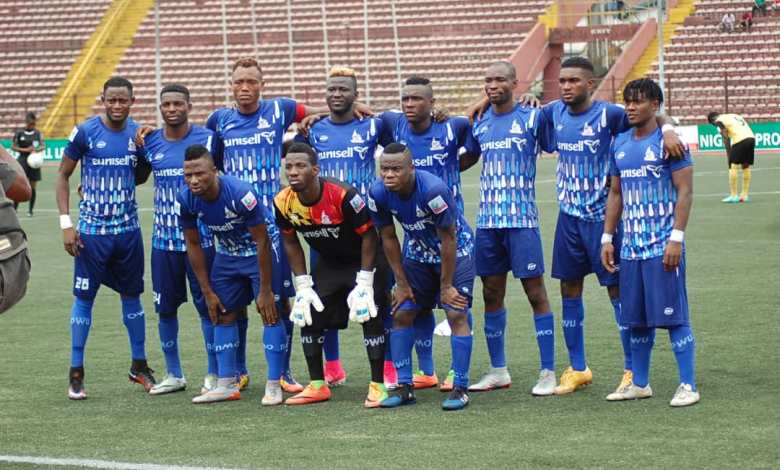 The Chairman of Rivers United FC  Supporters Club, Franklin Owhor, has expressed optimism that United will return to its winning way, as they face Heartland FC of Owerri, on Sunday, at Adokiye Amiesimaka Stadium, in Port Harcourt.
He explained that United 1-0 loss against Wikki Tourists, last Wednesday was not too bad a result.
Owhor, said this in a telephone interview with Tidesports yesterday, saying that losing is part of the game.
“Some time, you win, some time, you lose.
Playing four matches and lost only one game is not bad.
There is no cause for alarm, we have what it takes to come back to winning ways.
To the best of my knowledge, Rivers United will come out victorious against Heartland FC on Sunday,” Owhor said.
According to him, the team has potentials to secure the maximum three points, following the crop of good players in the team.
He used the medium to appeal to fans and supporters of the club to be patient a the Covid-19 issue affects every club in the world.
Rivers United, has played four matches, won three and lost one with nine points and currently topping the table.