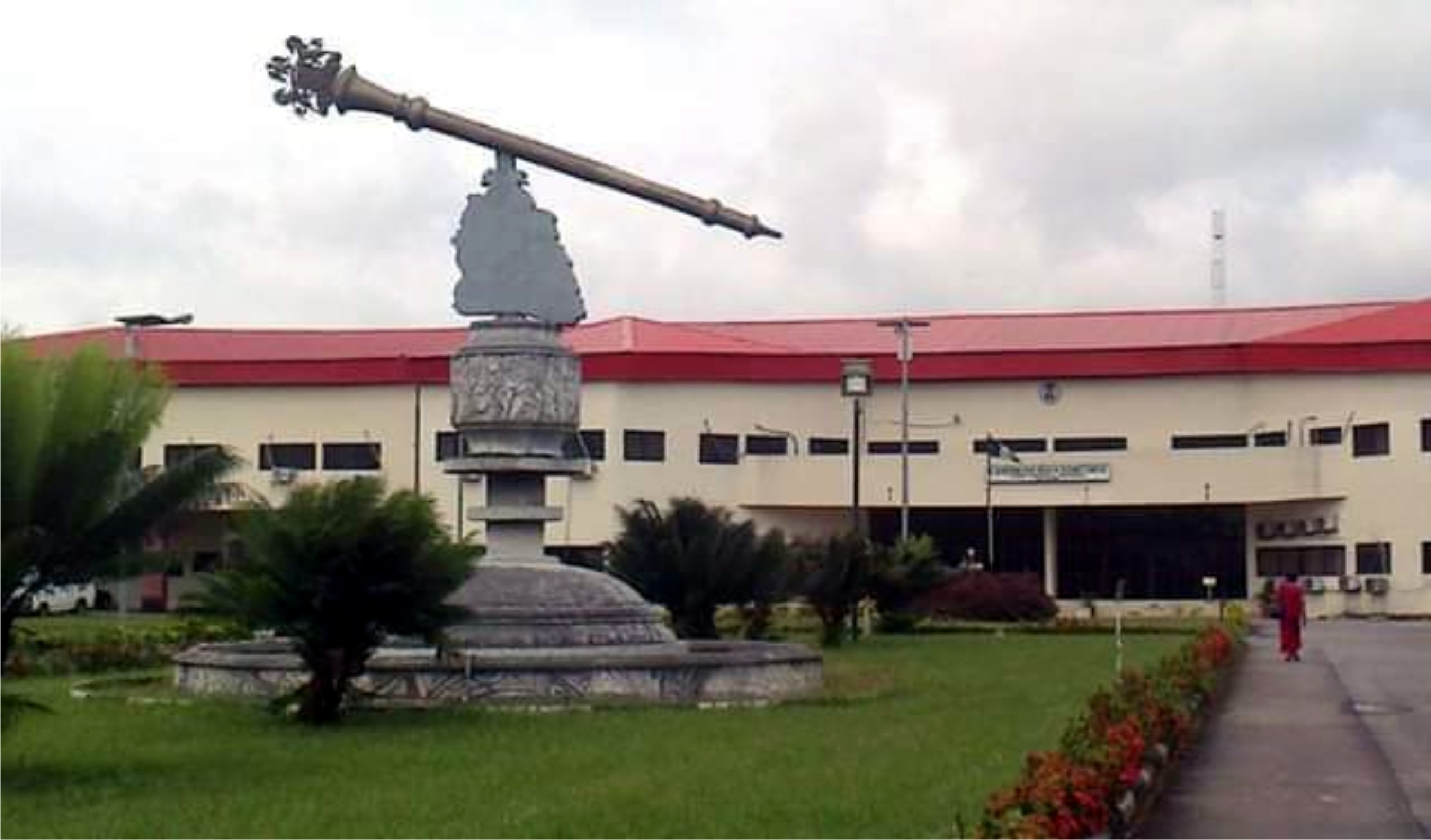 Last week, the Rivers State Executive Council gave approval for the construction of a new House of Assembly Quarters. Disclosing this in a press briefing after the state exco meeting held last Friday, the state Commissioner for Housing, Elder Chinedu Tasie , said the new quarters which would be built at the same old site of the former Assembly Quarters  would cost the state Ten Billion, One Hundred Million Naira (N10. 1bn).
According to Tasie, the project which comprises of 32 number of four-bedroom duplexes with two rooms boys quarters attached to each of the duplexes as well as other modern features,  is to be handled by an indigenous firm, Lubriks Construction company and to be completed within the duration of 16 months.
The Honourable Commissioner for Information and Communications, Paulinus Nsirim, said the approval for the project is a further demonstration of the government’s determination to ensure that the legislative arm in the state enjoys decent accommodation and to also boost the synergy that exists between the two arms of government.
Through out last week, it was projects inauguration galore as the state government commissioned one project after the other from Monday till Saturday.
Top national political leaders across leading political parties graced the events with all eulogising the state Governor, Chief Nyesom Wike, for his infrastructural revolution in the state.
Among notable personalities that were in the state to commission the projects were the Bauchi State Governor, Senator Bala Mohammed, the Enugu State Governor, Dr Ifeanyi Ugwuanyi, Sokoto State Governor, Rt. Hon. Aminu Tambuwal, Senator Ike Ekweremadu and Senator Ali Ndume.
Governor Wike accused APC- led Federal Government of playing politics of deceit with the Ogoni- environment remediation programme recommended by the United Nations Environmental Programme (UNEP).
Speaking Tuesday, during the inauguration of the Saakpenwa-Bori Highway in Bori, Khana Local Government Area,  by the Governor of Enugu State, Dr. Ifeanyi Ugwuanyi, Gov. Wike said when elections draw nearer, Federal Government would come up with one pretext of the programme only to relax after the election.
He noted that Ogoni played a vital role in the economic development of Rivers State and the country, therefore, deserves a better treatment than what the Federal Government currently offers the area.
After the non-stop inauguration of projects last week which involved about seven local government areas of the state, the state government has again announced that more five legacy projects executed by the Gov. Wike- led government would be unveiled this week in four local government areas of the state.
This has proved critics wrong who allege that Gov. Wike executes only projects in Port Harcourt and Obio/Akpor local government areas at the detriment of other local government areas in the state.
According to a release by the Honourable Commissioner for Information and Communications, Paulinus Nsirim, on Monday, January 11, 2021 Rumuche-Rumuakunde-Oha Awuse Road, in Emohua Local Government Area would be commissioned.
On Tuesday January 12, Rumuekini-Alu Road in Obio/Akpor and Ikwerre Local Government Areas will be commissioned, while on Wednesday January 13, the phase two of Isiokpo Internal Roads in Ikwerre Local Government Area would be commissioned.
The release further stated that on Thursday, January 14, the Isiodu Road in Emohua Local Government Area will be commissioned and inauguration activities for the week will round off Saturday with the commissioning of Bolo Internal Roads in Ogu/ Bolo Local Government Area.
The Rivers State Taskforce on Street Trading and Illegal Motor Parks swung into action Monday last week. The streets of Port Harcourt and Obio/Akpor Local Government Areas particularly were very orderly, as street traders and operators of illegal motor parks observed the state government’s ban.

Gov Wike reassured the Nigerian Armed Forces and other security agencies of the continued support of the state government in their mandate of protecting lives and property.

The Rivers State Chief Executive who was represented by his Special Assistant on Schools Sports, Chief Aribitonye Mohammed Okiri recalled the numerous support of the state government to ex- serviceman and reiterated his administration’s determination to sustain the support.

He enjoined other members of the public to give support to the families of our brave soldiers who died in the course of defending the nation.