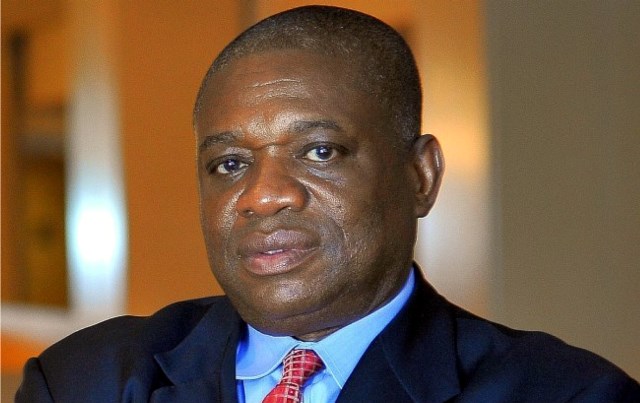 The Chief Whip of the Senate, Senator Orji Uzor Kalu, has commiserated with people and government of Imo State over the passing of Nigeria’s Ambassador to the United States of America, Amb. Sylvanus Nsofor.
In a condolence message yesterday in Abuja, the former governor of Abia noted that the late former Court of Appeal Judge played key roles in nation-building in various capacities.
Kalu described the deceased as upright, courageous and fair in his professional endeavours.
He urged family members, friends and associates of  the late  renowned judge to uphold his good deeds.
He also prayed for strength and peace for the widow, Mrs Jane Nsofor during the period of grief.
“The demise of Justice Sylvanus Nsofor, former judge of the Court of Appeal and Nigeria’s Ambassador to the United States of America (USA) is a huge loss to the nation.
“The late jurist was known for his forthrightness, boldness and fairness.
“He served the country in different positions locally and internationally.
“The late envoy, who contributed to the social, political and economic development of Nigeria, will be greatly missed,’’ Kalu said.
He prayed  God to rest the soul of Nsofor and urged the deceased’s family to take solace in the fact that their late patriarch lived a remarkable life.
Nsofor, a former judge of the Court of Appeal, died at the age of 85.
Related Topics:
Up Next

Umahi Had Always Been An APC Member, Buhari’s Aide Reveals