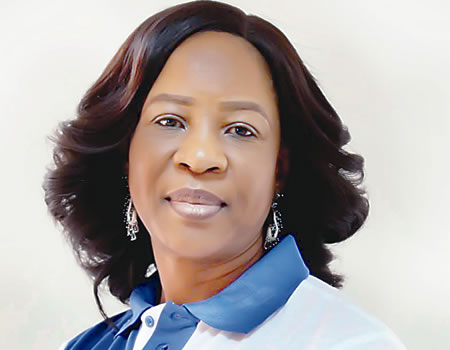 The Comptroller General of Nigerian Correctional Service, Ahmad Jafaru, has lauded the efforts of the wife of Delta State Governor and founder of 05 Initiative, Dame Edith Okowa, for continually assisting the inmates and staff through humanitarian gestures.
Dame Okowa, presented medical items and pharmaceutical drugs to the five correctional centers in the state, saying it was part of the 05 Initiative’s programme to reach out to the helpless in the correctional centres.
The medical items have been distributed to the five Correctional Centres in Warri, Ogwashi-Uku, Agbor, Kwale and Sapele respectively.
The Comptroller General, who was represented by Comptroller of the State Command, Ovie Friday Esezobor, while receiving the items, extended appreciations to the wife of the Governor.
“It is a very good Initiative. The Comptroller General of Corrections, Ahmed Jafaru is very happy. They say health is wealth. The 05 Initiative has been very helpful. She does this occasionally to provide drugs for my inmates and that this is why the inmates are also very healthy, even during the Covid-19 pandemic. The inmates and the staff of the correctional services in the state are very happy.
“Even before I became the Comptroller in the state, I had heard so much about Dame Okowa and I can only say that she is nothing short of being a true mother of the less privileged.
“I pray that God would continue to enhance the 05 Initiative and we promise our commitment to quality service to ensure that peace reigns in the state, as much as it lies within our capacity”, he promised.
Dame Okowa, while presenting the medical items to the Comptroller of the State Command, Ovie Esezobor, at Government House, Asaba, said it was part of the Initiative’s programme to reach out to the helpless in the correctional centres.
She revealed that the 05 Initiative had been burdened by the ailing health situation of inmates in the state’s Correctional Centres and decided to come to the rescue by reaching out to various stakeholders for help.
“Through our visits to the correctional centres to distribute food items and to share the Gospel, we discovered that most of the inmates were not looking healthy and that formed the basis for our decision to reach out with medications through the State Drug Revolving Fund”, she said.
The wife of the governor further explained that the medications being handed over were to be shared among the five correctional centres in the state, according to the number of inmates in each centre.
Dame Okowa, extended her appreciation to the state Ministry of Health, headed by the Commissioner, Dr. Mordi Ononye, for making provision for face masks, hand sanitizers and thermometers to go along with the drugs being distributed.
On his part, Ononye noted that the 05 Initiative had been one of the strongest stakeholders in the health sector, they having continued to drive health programmes.
“The O5 Initiative has made the work of ensuring quality health care for all Deltans easier for the ministry and we assure that as a ministry, we will continue to give our support to the Initiative”, he said.
The event which held in the office Her Excellency in Government House, Asaba also witnessed the presence of the State Commissioner for Women Affairs and Community Development, Mrs Flora Alantan and her Permanent Secretary, and DG 05 Initiative, Mrs Oghenekevwe Agas.
Also present was the Commissioner for Technical Education, Mrs Gbugbemi Ikolo, State PDP Women Leader, Mrs Kawulia Omoko, amongst others.
This exercise makes it the fourth time since 2015 that the wife of the Delta State Governor and founder, 05 Initiative, Dame Edith Okowa, had reached out to the five correctional centers in the state with medications.