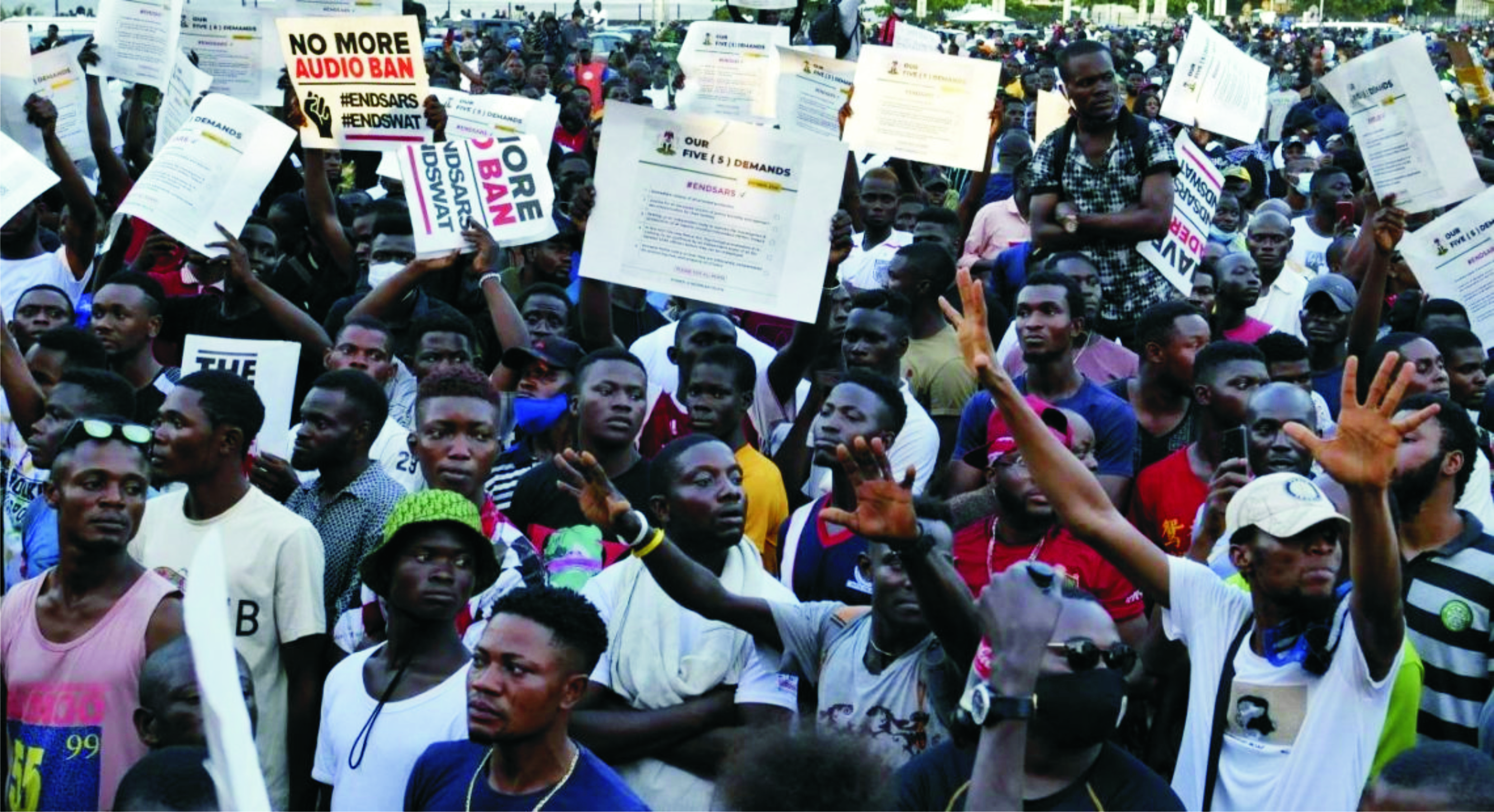 Global activists and celebrities, yesterday, hit out at the Federal Government over crackdown on peaceful #EndSARS protesters demonstrating against police brutality two months ago.

In an open letter addressed to President Muhammadu Buhari, and made public in Lagos to coincide with the International Human Rights Day, 60 activists condemned the government for “unwarranted force against its own unarmed citizens.”

Writing under the auspices of Diaspora Rising, which calls itself an advocacy body formed to strengthen “bonds among members of the global Black family”, the activists called for the release of jailed protesters as well as the prosecution of security operatives responsible for shooting civilians in Lagos.

They also urged the government to lift a ban on public demonstrations.

Tometi, co-founder of the Black Lives Matter movement in the US and founder of Diaspora Rising, described Nigeria’s response to the protests as “very shameful.

“Instead of showing up alongside (the people), the government went to suppress them, went to squelch the protest, and stamp it out,” she said.

Amnesty International had said security forces shot and killed, at least, 10 people during a protest at Lekki Toll Gate, the epicentre of the demonstrations, in Lagos on October 20.

But the military has denied shooting live rounds, insisting that soldiers only fired blanks at the crowds that had gathered in defiance of a curfew.

However, the Nigerian authorities have said more than 100 people, including 43 security operatives, were killed nationwide following days of street protests.

Hoodlums, who hijacked the protests, also razed scores of police stations and broke into some prisons in the country, freeing thousands of inmates.

The Central Bank of Nigeria (CBN) last month blocked the accounts of some #EndSARS campaigners while security forces have so far unlawfully detained some of the arrowheads of the protests.