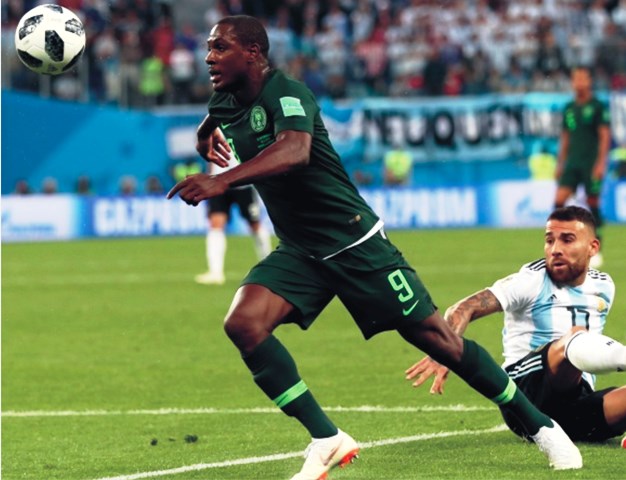 Organisers of Nigeria’s longest running football awards, The Pitch Awards, on Monday said that the much-awaited grand ceremony would now hold third week of this month.
President of the awards, Shina Phillips, in a statement in Lagos, stated that the 7th edition of the event would be held at Ibis Hotel, Ikeja, Lagos.
The 7th Award Ceremony, earlier scheduled for March, was postponed and rescheduled following the outbreak of the COVID-19 pandemic, which also led to the cancellation of major football events across the globe.
“It has been our tradition since 2013 to schedule our award ceremonies to coincide with major Super Eagles match engagements.
“The 7th award ceremony is to honour deserving award winners for the year, 2019. Unfortunately, the circumstances engineered by attempts to halt the spread of COVID-19 forced a major postponement of the event.
“This year’s event will have few guests and sports editors and journalists only in attendance. This year’s award ceremony will mark the first award ceremony which will be held in Lagos,” he said.
Phillips added: “As organisers and as a responsible corporate citizen, we are mindful of the need to observe all government laid down COVID-19 protocols in order to keep our guests safe.
“This is why physical attendance will be restricted as many nominees including members of the Super Eagles will follow the event online.
“Major highlights of the award ceremony will include the announcement of winner of the King of the Pitch Award which will be a keen contest.
“It is between Super Eagles and Leicester City F.C Midfielder, Wilfred Ndidi, Manchester United Striker, Odion Ighalo and Super Eagles and Napoli FC sensation, Victor Osimhen.
“In the women’s category, the Queen of the Pitch Award will be a straight battle between Onome Ebi, Super Falcons and Henan Huishang FC player, Chiamaka Nnadozie of Rivers Angels and the Super Falcons and Barcelona Women sensa-tion, Asisat Oshoala,” he said.
Phillips said that Football fans should expect tough contests in the Striker of the Year, Defender of the Year, Midfielder of the Year, Coach of the Year and the Football Friendly Governor of the Year categories.
“Other categories to be decided at the Award Ceremony include the Sam Okwaraji Award for commitment to Nigerian Football, State with the Best Grassroots Football Development Programme.
“There is also the Football Journalist of the Year in the Print, Radio, TV and Online categories,” he said.