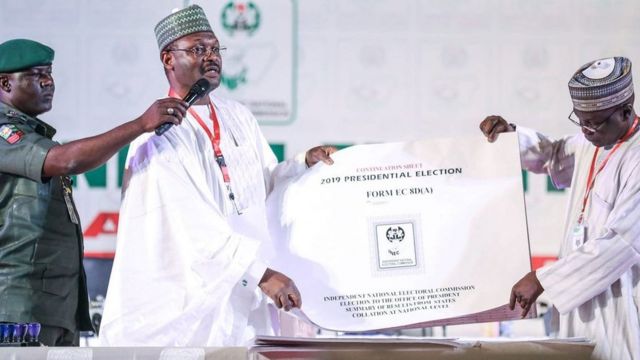 The Inter-Party Advisory Council (IPAC) in Lagos State said yesterday that the Independent National Electoral Commission (INEC) needed to do more on voters’ education and mobilisation to deepen Nigeria’s democracy.
The IPAC Chairman, Femi Olaniyi, scored the electoral umpire low following poor voter turnout at Saturday’s Lagos East Senatorial and Kosofe Constituency II House of Assembly by-elections.
Olaniyi, who is Lagos State Chairman of Social Democratic Party (SDP), however described the conduct of election as peaceful, free and fair.
“The total turnout was very low, INEC has not done very well in terms of sensitisation and voter education regarding these by-elections in Lagos State.
“The percentage of people that turned out for these elections is abysmally low, far below 25 per cent of registered voters.
“This is not encouraging at all, and we need to do more.
“We urge INEC to really work diligently in sensitisation of electorate, working with civil society organisations, political parties and every other agency that can reach out to the grassroots.”
On reasons for the apathy, Olaniyi said that many voters still believed that their votes would not count, while some politicians had dashed the hope of others.
He urged the opposing parties to accept the election results in good faith, while preparing for future elections.
The IPAC chairman noted that political parties that had been in government usually did well in elections because they had financial muscle to prosecute the process.
“There is no financial capability from any source to boost the performance of smaller opposition parties in elections. Before now, INEC used to finance agents aspect of elections, which was stopped.
“I think INEC should go back to the record and start doing the needful. INEC has to sponsor parties so as to be able to pay for their agents,” he said.
According to him, smaller parties in most cases could not even finance party agents across all polling units in election, and consequently, could not tell what happened in those polling units.
The Tide source reports that less than 10 per cent of total registered voters in most polling units came out to exercise their franchise on Saturday.
Out of the total registered voters of 1,261,673 in the Saturday’s Lagos East Senatorial District, the total number of accredited voters was 104, 894, the total vote cast was 104, 405, the total valid votes was 102, 336, while the rejected votes were 2,069 in the election.
In Kosofe Constituency II House of Assembly by-election, out of 280, 363 total registered voters, the total votes cast was 15,124.
INEC earlier on Sunday declared Mr Tokunbo Abiru and Femi Saheed, both candidates of the All Progressives Congress (APC), as winners of Lagos East Senatorial and Kosofe II by-elections, respectively.
Abiru polled a total of 89, 204 votes to defeat his closest rival from the Peoples Democratic Party (PDP), Mr Babatunde Gbadamosi, who scored 11,257 votes, while Saheed polled 12,494 votes to beat his closest rival, Mr Sikiru Alebiosu of PDP, who got 2,068 votes.

Rivers APC May Not Have Candidates In 2023 – Worlu