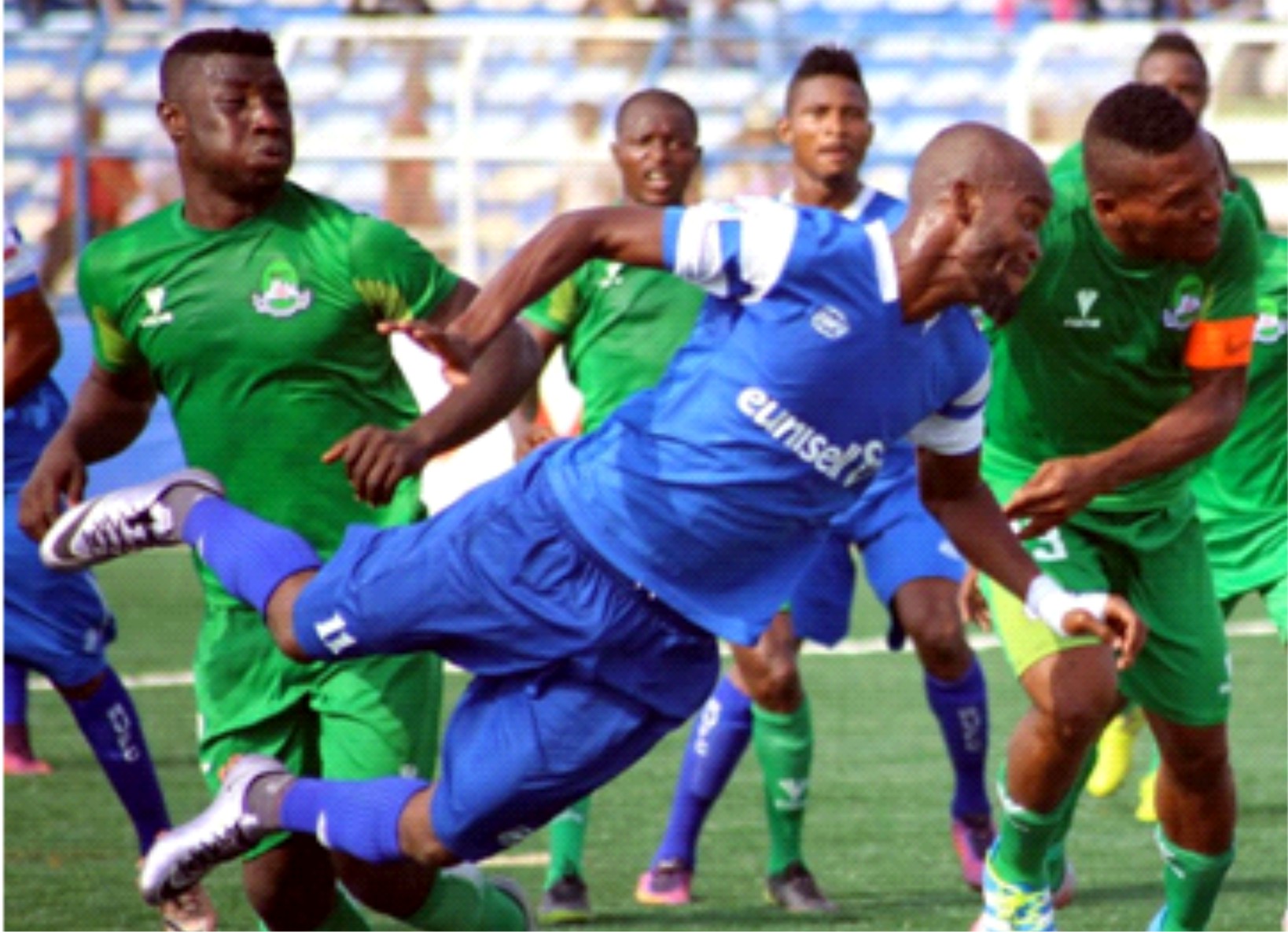 Rivers United Football Club of Port Harcourt, has qualified for the first round of CAF Confederation Cup competition, as they edged out their visitors, Futuro Kings of Equatorial Guinea, through penalty shootout.
The Pride of Rivers, as United is fondly called had to rely on the lottery of penalty shootout to advance after beating the visitors 2-1 in regulation time at the Adokiye Amiesimaka Stadium, yesterday. The full time result saw both teams tie on 3-3 aggregate after Uniteds, 2-1 reverse in the first leg.
In the ensued shootout, Rivers Unitd converted two of their kicks, while Futiro Kings failed to score any of their first four kicks.
In his reaction shortly after the game, Coach of Rivers United, Stanley Eguma, said his club was destiny to win.
“The game was not an easy one, but we thank God we won. We scored two early goals before our opponents scored their goal.
Meanwhile, Rivers United defender, Ifeanyi Anaemena says the lack of competitive matches in the domestic scene is one of the reasons Nigerian clubs don’t go far in CAF competitions.
Anaemena played the entire duration of the 2-1 defeat to Futuro Kings FC in the first-leg of their CAF Confederation preliminary round fixturon hand to help his team oustquatorial De from the competition via penalty shootout yesterday.
Kano Pillars and Plateau United also suffered first-leg defeats to AS Jafaar and Simba SC respectively, but Enyimba recorded a narrow away victory against FC Rahimo in Ouagadougou last weekend.
Speaking on why Nigerian clubs struggle to make meaningful impact on the continent, Anaemena said the late kick-off of the NPFL has to be one of the major reasons.
“It’s quite unfortunate for the past five or six seasons now our teams have always kick off the continental campaign before the NPFL season,” Anaemena said.
“Although Covid-19 contributed to the delay this season, but it’s always important to go into the continent at the back of six, seven or eight matches in the league in order to be match fit.
“This has also affected us and other clubs on the continent, but I’m optimistic Rivers United will have a good season,” he concluded.
Kano Pillar and Plateau United exited their respective continental assignments after failing at the first hurdle, while Enyimba and Rivers United had to dig deep to advance on narrow margins.