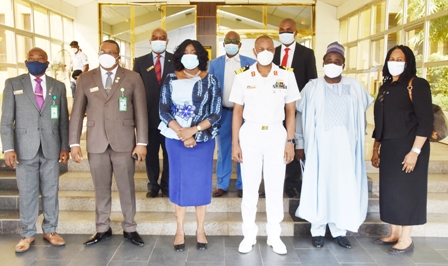 The National Chairman, Rice Millers Association of Nigeria (RIMAN), Peter Dama, has raised the alarm over the smuggling of foreign rice into Nigeria following the reopening of Nigerian borders.
Dama, in a press statement, yesterday, praised the Nigerian Government on its efforts to ensure the growth in the domestic rice sector but expressed serious concern on the smuggling of foreign rice into the country.
“Millions of tons of smuggled rice is being off loaded at the following borders daily basis without any interruption, or checks by the customs and security agencies for onward transportation Into Nigeria markets, e.g. Kano, Abuja, Jos, Lagos and several cities in the country,” he said.
“The borders frequently used for the smuggling activities are Babura, Kongolon, Ibadan, Oyo State, Seme, Owede, Benin and so many other illegal routes into the country.”
Dama appealed to the Nigerian Government to properly equip and compensate adequately all customs officers manning the borders to enable them function effectively to reduce rice smuggling into the country.
He sympathised with officers and men of the Nigerian Customs Service and other security personnel who have been murdered in cold blood by smugglers.
“Any custom personnel or security agent found to be compromising his position through bribery and corruption to allow smuggled rice into the country should be arrested and prosecuted and if found guilty, be dismissed from service.
“Any truck or means of transportation used to transport smuggled rice into Nigeria through the borders should be confiscated with the entire goods, while the culprits arrested and prosecuted and jailed if found guilty.
“We appeal to the government to set in motion urgently committees made up of various security agencies to raid Nigerians markets and confiscate any smuggled rice found and marketers caught with smuggled rice products be termed economic saboteurs and be prosecuted.
“Stores owned by these unpatriotic economic saboteurs also be sealed up completely, until after paying up fines or after serving prison terms before such stores are reopened.
“These foreign rice sellers and distributors in the market are themselves economic saboteurs by accepting to market banned goods in the country, they should not be spared as they are contributing in the destruction of our common wealth and our attempt to be self sufficiency in national food security.”
He advised the Federal Government to subsidized rice millers, processors, and farmers in the entire rice value to make it more competitive. 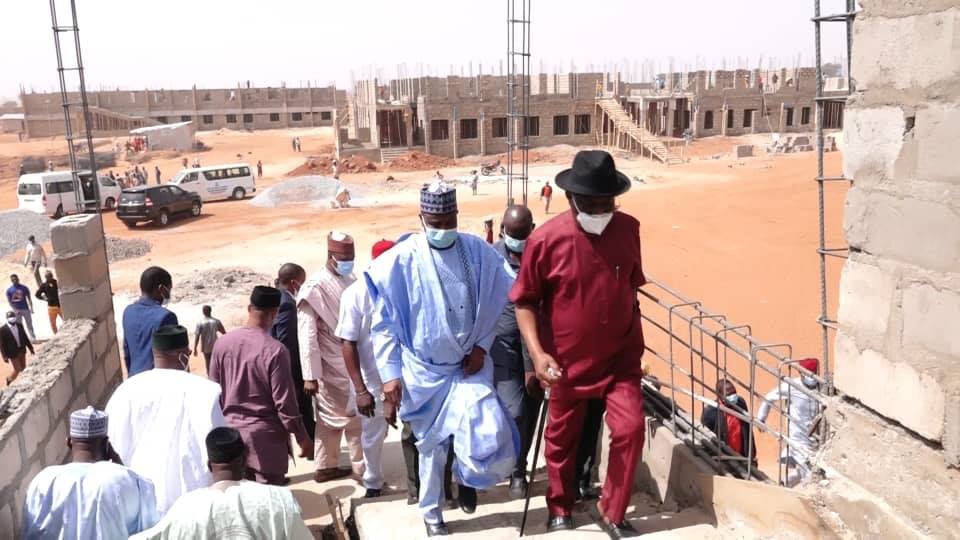 The Rivers State Government has pledged N500million to support the Sokoto State Government rebuild the Sokoto Central Market that was gutted by fire, last Tuesday.
Part of the money would also be used to support victims of the devastating fire that destroyed goods worth billions of Naira.
The Rivers State Governor, Chief Nyesom Wike, made the pledge on behalf of the state government during a visit to the Sokoto State Governor, Hon Aminu Tambuwal, last Wednesday.
Wike, who was conducted round the destroyed market by Tambuwal, said he was saddened by the devastating fire that razed over 60 per cent of the 16,000 shops in the market.
“We have come here to commiserate and sympathise with our brother, our friend and the good people of Sokoto State on what had happened to one of the biggest market in this country, the Sokoto Central Market.
“When I got the information last night, I was touched and I said as brothers, what affects you affects us. What affects Sokoto State affects Rivers State.”
The Rivers State governor, who empathized with the traders over the loss of their goods worth billions of Naira, thanked God that no life was lost in the disastrous inferno.
“There is nothing you can equate with life. That there was no life lost; we give glory to the almighty Allah. Having come here, I’ve seen the level of destruction, it is unfortunate. People have lost their goods; the state government will have to see how this market will be brought back to the way it is supposed to be.
“We sympathise with you. We identify with you and we know the negative effect on the economy of the various families; families who depend for day to day trading and sales of their goods.”
Wike expressed his appreciation to the various security and paramilitary agencies that prevented the fire from destroying the entire market.
He pledged that the government of Rivers State would support Sokoto State to rebuild the market and ameliorate the plight of the traders with N500million.
“On behalf of the government and the people of Rivers State, we will support the Sokoto State government to see how quickly they can rebuild this market” he added.
In his response, the Sokoto State Governor, Hon Aminu Tambuwal thanked Wike and the people of Rivers State for the kind gesture.
Wike also paid a courtesy visit to the Sultan of Sokoto, Muhammad Sa’ad Abubakar in his palace to commiserate with him over the demise of his junior brother, Hon. Abdulkadir Jeli Abubakar, who was Sokoto State commissioner for home affairs.
In his response, Sultan of Sokoto, Muhammad Sa’ad Abubakar, acknowledged the age-long relationship between Sokoto and Rivers State, and lauded Wike for sustaining it.
He explained that Wike’s visit and pledge to support Sokoto State was a demonstration of what Nigeria is and should be.
The Sultan further commended Wike for his remarkable developmental stride in Rivers State.
“I commend you and congratulate you for all what you have been doing for Rivers State in particular, because we have seen a lot of infrastructure being put in place and that is why they call you Mr Project in Rivers.
“You have just some few more years; please, do much more so that nobody will beat you when he takes over from you”.
Similarly, the Sultan lauded Tambuwal for his judicious management of the state resources which earned the state a World Bank grant under the State Fiscal Transparency, Accountability And Sustainability (SFTAS) programme.