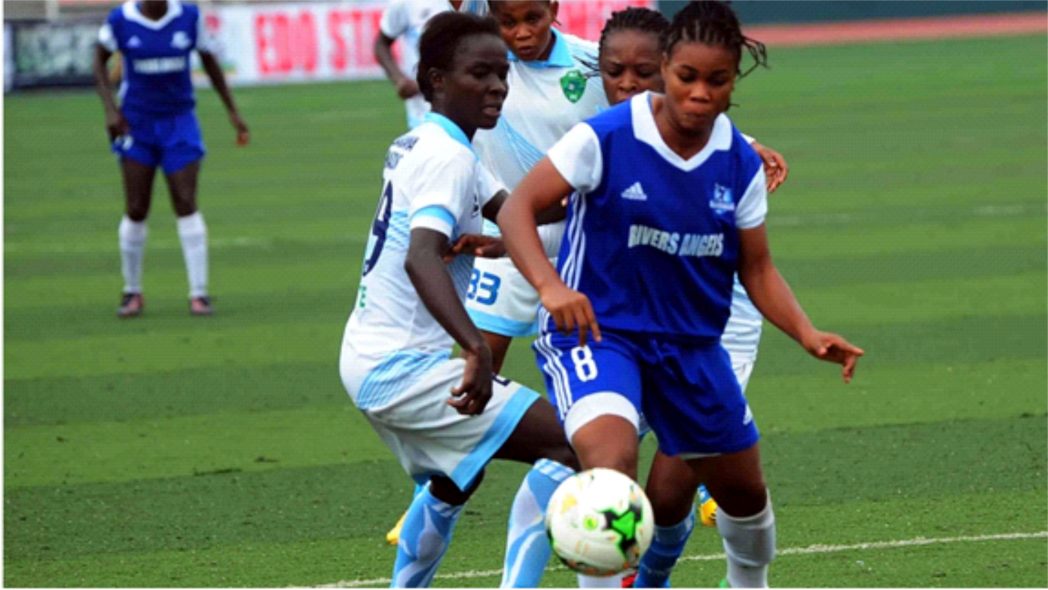 Bayelsa Queens Football Club has emerged winners of the Flying Officer’s pre-season Cup tournament.
The event was formerly known as the Naija Ratels Pre-Season tournament but renamed the Flying Officer’s Cup in honour of Late Tolulope Arotile, Nigeria’s first female combat helicopter pilot.
The Yenagoa-based team defeated Nasarawa Amazons by a lone goal in the finals of the tournament held at the Aguiyi Ironsi Cantonment, Asokoro on Sunday with eight teams participating.
A 16th minute goal by Barakat Olaiya was enough to separate both sides.
Coach of the team, Moses Aduku, said he was not satisfied with the team’s performance.
“Yes, we won but am not satisfied with the level of play. The team didn’t play as I expected.
“We still have a lot of work to do and this pre-season has exposed a lot of loopholes which we have to work on before the Nigeria Women Premier League (NWPL) begins, on December 9,” Aduku said.
On his part, coach of Nasarawa Amazons, Christopher Danjuma, said he only wanted his team to participate.
“I am not really bothered about the team winning the trophy or not. I am just glad that we have a platform to play after so many months of staying at home due to COVID-19.
“We are here to expose our errors and go back to the drawing board ahead of the league season,” Danjuma said.
Meanwhile, organiser of the event, Paul Edeh, who is also founder of Ratels Sports Development Foundation, said the tournament was organised to support the NWFL in the development of female football.
“This is about one of the best Pre-Season tournaments in Africa, in terms of organisation and more.
“The girls have been able to showcase their talents and prepare well ahead of the new season. Also, we decided to do this to immortalise Arotile.
“We were looking for a female figure in Nigeria who has contributed to the development of this country and she stood out,” he said.
Also, Chairperson of the NWFL, Aisha Falode, while lauding the efforts of Edeh, called for more sponsorship to help promote female football.
AkintundeArotile, late Tolulope’s father, who was also in attendance, said he was happy with the initiative.
“This is a huge honour for our family. Tolulope was always doing her best for her peers and girls below her age.
“She would have loved to be part of such a platform but we are happy on her behalf and we can say that you all are living her dream,” he said.
Teams that participated in the tournament were Honey Badgers and NaijaRatels FC, both based in Makurdi, as well as Edo Queens, Confluence Queens of Lokoja,  Kaduna Queens and Royal Queens of Warri.