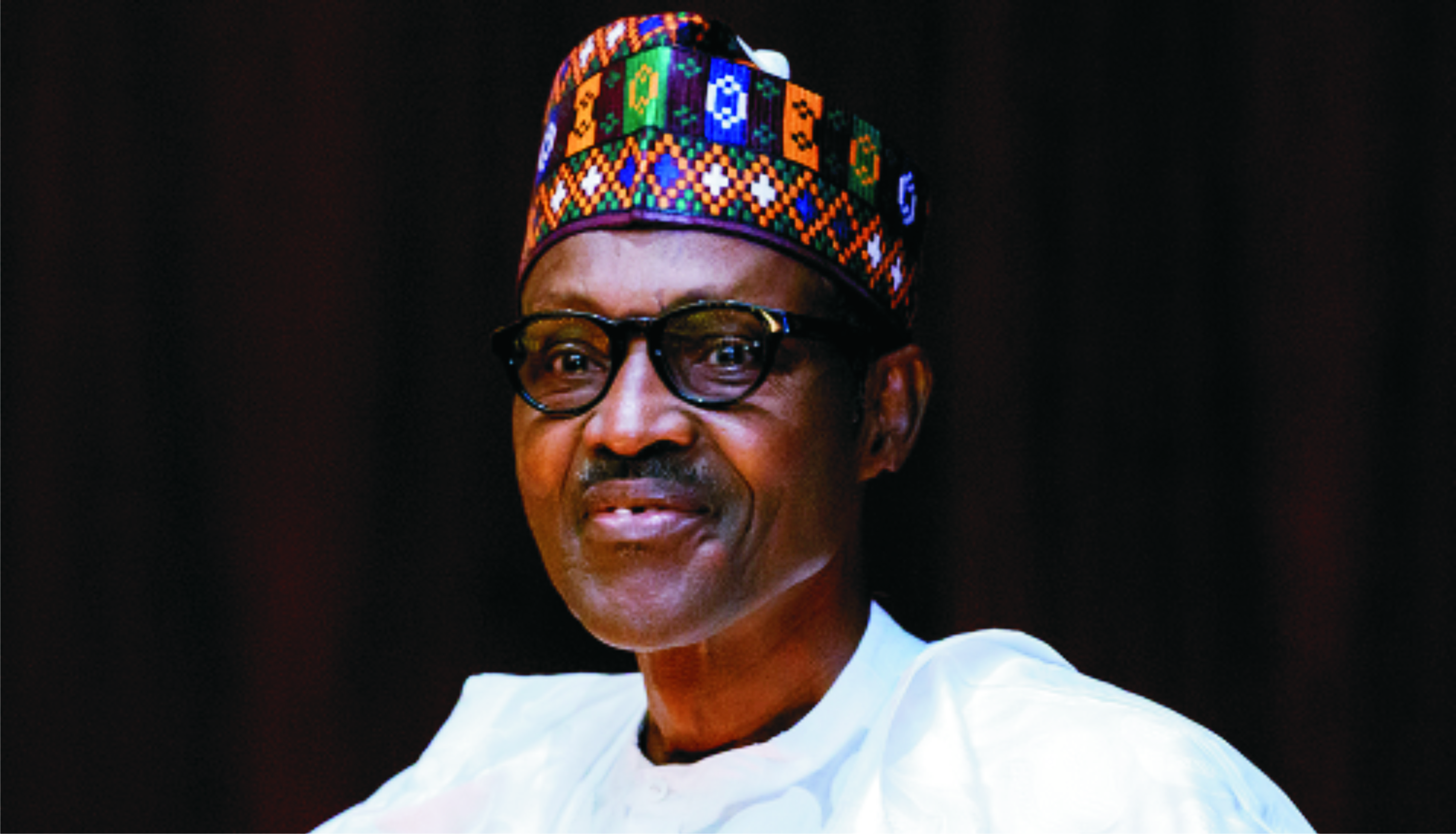 President Muhammadu Buhari, yesterday, directed the Head of Service of the Federation and the Budget Office to consider an increase in the personnel and overhead allocation of the University of Maiduguri Teaching Hospital (UMTH).
He issued the directive at the virtual inauguration of capital projects executed at UMTH, in response to a specific request by the Board and Management of the hospital.
According to the President, the increase in personnel and overhead allocation at UMTH would optimise services provided by the activation of the new projects.
Among landmark projects commissioned by the President were a newly constructed and fully equipped 150-bed Trauma Centre, a new General Outpatient Department, a complex for National Health Insurance Scheme (NHIS), a multipurpose Auditorium and Conference Centre constructed and furnished by the Borno State Governor, Prof. Babagana Zulum.
Buhari also commissioned a new hostel for the UMTH School of Nursing, constructed by the Federal Government.
The President noted that the value of the projects at the UMTH, which is a Centre of Excellence in Infectious Diseases and Immunology in Nigeria, to the nation’s healthcare system, cannot be underestimated, especially in the era of global health system challenges occasioned by the Covid-19 pandemic.
He said the completion of the capital projects aptly reflects the Federal Government’s commitment to sustainable development in the North-East, and indeed, in all parts of the country to engender economic growth, peace and progress.
“Emerging diseases have made it necessary for all nations to increase and improve resource application for coping with the challenges of adapting to the ‘new normal’.
“This goes on in Borno State side by side with efforts to tackle insurgency and criminal activities,” he said.
On the 150-bed Trauma Centre which comes with a helipad, the President expressed delight that it would provide modern multidisciplinary care facilities to injured persons from within and outside Maiduguri, in addition to reducing the need for referral to other centres.

You’re Wrong To Call Me A Dictator, Wike Slams Umahi

The House of Representatives has called for investigation of an alleged exclusion of Rivers State from projects to be financed by a fresh World Bank loan.
A National Assembly member, Hon Solomon Bob (PDP-Rivers), had alleged in the house that the Federal Government, as widely reported by some newspapers, was the only state that would not benefit from the loans.
He stated that the report, if true, rendered the Federal Government’s action as contrary to the spirit and letters of the 1999 Constitution.
He added that it would be discriminatory against the people of Rivers and capable of creating a sense of alienation, exclusion and discontent.
Bob added that the house had a responsibility to ensure that the affairs of the federation were conducted in accordance with the Constitution and the law of equity and fairness.
This, he said, should be followed with an overriding responsibility to deploy its constitutional powers to ensure compliance on the part of the Executive.
He added that Nigeria is a federation that professes equity, fairness and social justice and that there were several constitutional provisions prohibiting all forms of discrimination on the basis of partisan leaning, religion, place of origin or tribe.
He said that some sections of the Constitution imposed a duty on the Federal Government to ensure equitable distribution of resources and projects across the federation.
The consequently mandated its Committee on Aids, Loans and Debt Management to liaise with the office of the Adviser on National Assembly Matters to the President to ascertain the veracity of the allegation.
It also mandated the committee to revert in 14 days for further legislative action.
The house noted that if other states were listed, Rivers should be included to benefit from the projects to be executed with the fresh loan. 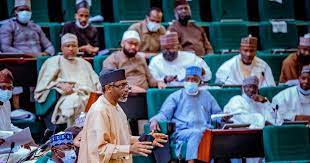 The House of Representatives has called for the identification and release of Nigerians imprisoned in other countries across the world.
The House particularly urged the Federal Government to “intervene and secure the release of Nigerians who are being detained illegally in prisons abroad,” while mandating the Committees on Foreign Affairs, Justice and Inter-Parliamentary Relations to ensure compliance with the resolution.
At the plenary, yesterday, the House unanimously adopted a motion moved by Hon Dennis Idahosa, which was titled, ‘Need to Ascertain the Number of Nigerian Citizens Being Detained in Foreign Prisons.’
Moving the motion, Idahosa noted that Nigerians are in almost all countries of the world, making exploits in sports, technology, business, education and politics and have been ranked as one of the highest educated immigrants in foreign countries.
According to the lawmaker, due to the large population of Nigerians in the Diaspora, the Nigerians in Diaspora Commission was established to provide engagement and participation of Nigerians in the Diaspora in the development of Nigeria.
He also noted that the international conventions and treaties prescribe that anyone charged with a criminal offence is entitled to a fair hearing within a reasonable time by an independent and impartial tribunal established by law.
Idahosa stressed that the World Bank estimated remittances of around N24.3billion per year and 6 per cent of the country’s GDP, thereby making Nigeria one of the highest-ranking countries of the world in remittances inflow.
According to him, the remittances of Nigerians living abroad have been of significant impact in the development and economic growth of the country.
However, he said, “The House is concerned about reports that many Nigerians are languishing in foreign prisons, some of whom are being illegally detained, while some are exposed to labour exploitation, poor living conditions, discrimination, sex exploitation and other forms of dehumanizing treatments.
“The House is worried that from a 2019 survey report by the Legal Defence and Assistance Project, about 16,500 Nigerians who are in prisons outside the country were convicted without legal representation and not knowing why they are in jail.
“The House believes that the Federal Government needs to employ diplomatic means to assist Nigerians who were wrongly convicted and are being detained in various prisons abroad.”

The management of the Nigeria LNG Limited has said that marketers do not have enough infrastructure to take up its Liquefied Petroleum Gas (LPG) supply.
It would be recalled that the Independent Petroleum Marketers Association (IPMAN) had said that the major cause of the rising cost of cooking gas was lack of adequate supply.
The marketers claimed that foreign investors underestimated demand in the Nigerian market resulting in marketers venturing into importation of the product.
They advocated that the government should let NLNG supply more gas to the market to reduce the costs.
Reports from consumers revealed that the cost of refilling a 12.5-kilogramme cylinder of LPG had risen to as high as N7,000 in some states.
The marketers had also urged the government to remove cooking gas from the list of commodities subject to the payment of value added tax.
The Marketing Manager of NLNG, Austin Ogbogbo, in a response to the claim made by the IPMAN, said that the marketers did not have enough infrastructure to take up the gas the company supplied.
He said, “NLNG has grown its capacity from 50,000 metric tonnes per annum to 450,000 metric tonnes per annum of LPG in the past 14 years.
“Nigeria needs 1.2million metric tonnes per annum, but even the 450,000 we produce cannot be absorbed by the market’s current infrastructure.
“We only operate in the midstream sub sector of the industry so we are only responsible for supplying to the market.
“The downstream players are responsible for the distribution to the end users, and also building the infrastructure to ensure it is done efficiently. It is out of our scope.”
He assured the public that the company would grow its LPG capacity if it confirmed that distributors could take up additional supply.