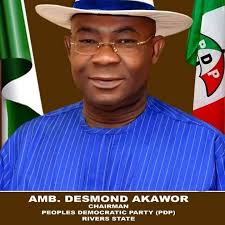 Chairman of the Rivers State chapter of the Peoples Democratic Party, PDP, Ambassador Desmond Akawor, has hailed members of ‘Wike for Positive Change’ for standing solidly behind Governor Nyesom  Wike during the 2019 governorship election in the state.
Ambassador Akawor gave  the commendation when members of Wike For Positive Change, led  by its Director- General, Professor Atuboyefia Obianeme, paid him a solidarlity visit, Monday,  at the party secretariat, Port Harcourt.
He noted that,  the group’s name is synonymous with the positive things that had happened to the state under   Governor Nyesom Wike, adding that “when you came up with this name, Wike for Positive Change, it was as if you were prophesying that good things were going to happen in the state”.
According to Ambassador Akawor, the state under Governor Wike has witnessed unprecedented level of transformation with the building of six flyover bridges, construction of Mother and Child hospital, Real Madrid Academy and other educational and healthcare infrastructure.
“ Your members will have their shoulders high that you took a good decision to stand by the man when nobody gave him the opportunity”.
“But l am sure the action you took has turned out to be a good one”, he said.
He urged members of ‘Wike for Positive Change’ to visit the various project sites and see the quality of projects that the governor was embarking upon, maintaining that under Governor Wike’s administration, the entire state had been turned into a construction site.
Ambassador Akawor described Governor Wike as a man whose passion is to change the life of the people and defend their interest.
“Once a Rivers man is confronted in one way or the other, he comes out to take a front line position, like in the case of one of our sisters,  Joy Nunieh, when they wanted to kidnap her, the Governor suspended his trip to Abuja and came out to rescue her even when she is an APC member”, attributing his benevolence to the gale of defection currently hitting the APC in the state.
On the forthcoming local government election, Ambassador Akawor reiterated that only local government chairmen with proven records of performance would be given a second chance and urged members of the party to await the decision of the party leadership before deciding on who to support during the governorship election.
“The Governor has told all the local government chairmen, show me your project and you have second tenure, if you don’t have any project you don’t even ask for form. So on this,  the governor is clear and you know the governor cannot say what he cannot do”,   he said.
He thanked members of ‘Wike for Positive Change’ for the visit describing it as heartwarming.
Earlier in his remarks, the Director- General of  Wike for Positive Change, Professor Atuboyedia Obianeme, said they were at the party secretariat to congratulate Ambassador Desmond Akawor following his emergence as the chairman of the party in the state.
“ And so when we were told that you are now the chairman of the PDP, the party that has held power in Rivers State for over 20 years, we said we must come and greet you. So on behalf of the Movement we want to say congratulations.
We also want to congratulate the amiable and capable people around you that have been brought into the exco. For somebody like you, not only are we bringing a politician, you have been in Abuja as a minister, you have been an Ambassador and you are working at the Greater Port Harcourt, trying to transform Port Harcourt into Korea”, he added.
Professor Atuboyedia also described Desmond Akawor as a seasoned administrator, a diplomat, and a thoroughly bred politician, as he assured him of their support at all times. 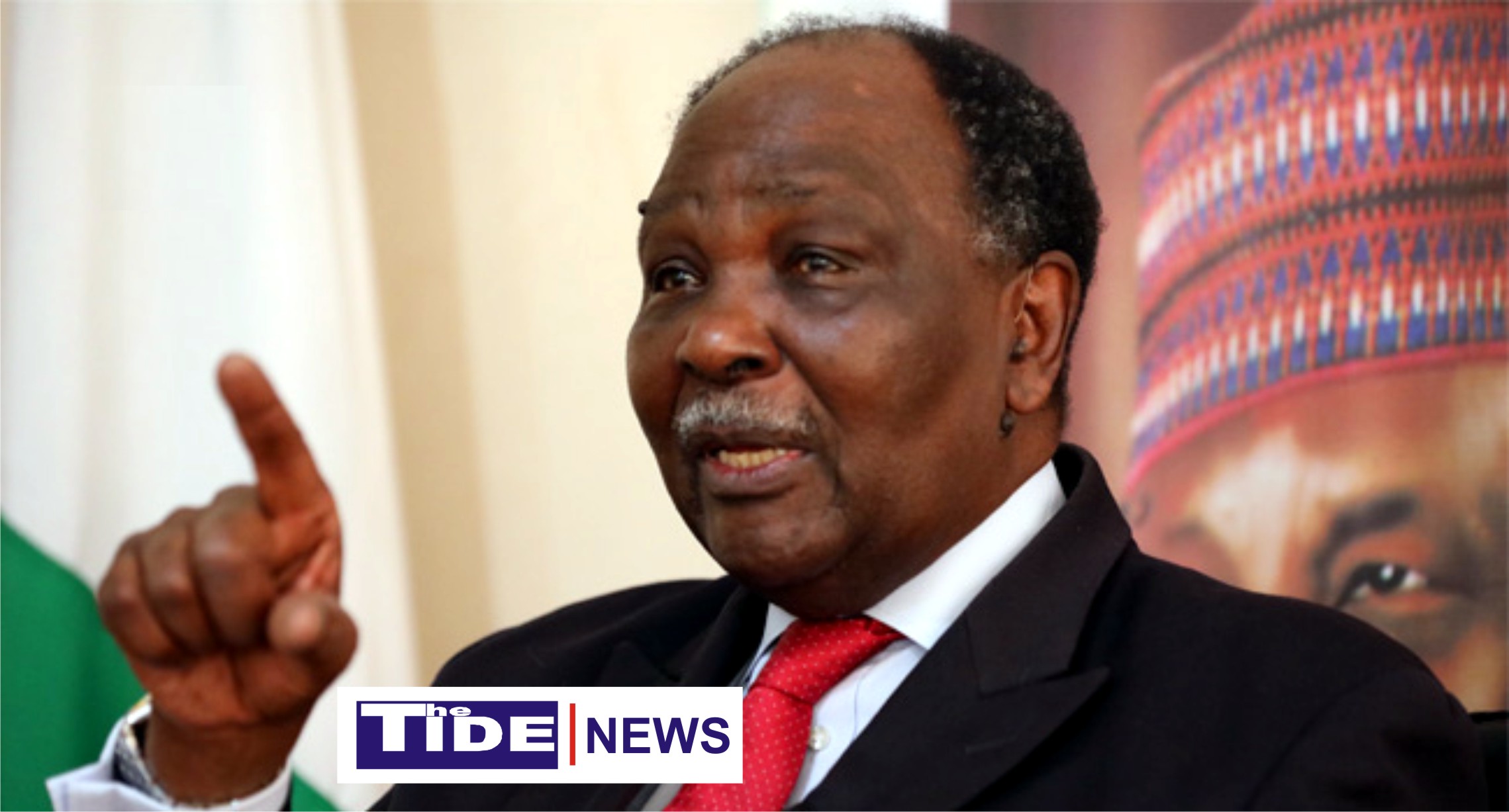