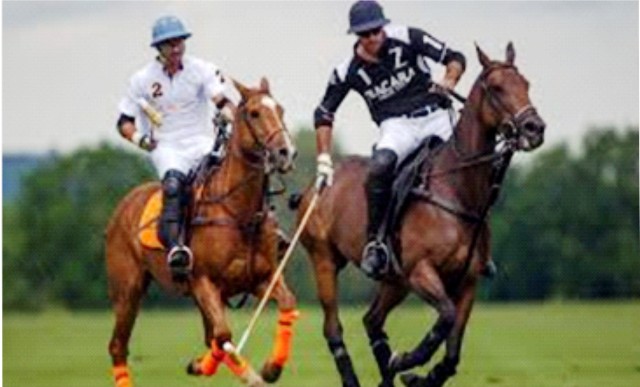 The Chairman, Lubrik Construction Co. (LCC) Ltd. Nasiru Dano, has said that the company will soon embark on the construction of a befitting N500 million ultramodern club house for the Guards Polo Club (GPC), Abuja, as part of its commitment to give back to the society.
The project, according to Dano, who also doubles as the Chairman, Board of Trustees of the Nigerian Army Polo Association (NAPA) said the gesture was part of LCC’s Corporate Social Responsibility (CSR) and commitment to continue to support the Nigerian Army.
“Beyond the Guards Polo Club in Abuja, we have also supported almost six or seven different polo clubs in the country.
“So, we are looking at between 8 -12 months to complete the building and finishing of a world class club house here at the Guards polo club,” he said.
Tidesports source reports that the ground breaking ceremony for the proposed club house was held on the side lines of the ongoing Nigeria National Carnival Polo tournament at the club yesterday.
Maj. Gen. Haruna Momoh, the Deputy Chief of Policy and Plans/Director Staff duties at the Nigerian Army Headquarters, who represented the Chief of Army Staff (COAS), Lt Gen Tukur Buratai and performed the ceremony, described the project as ‘a legacy that will stand the test of time.’
Momoh expressed gratitude to LCC for their support and commitment, saying, “On behalf of the COAS, officers and men of the Nigerian Army, I want to thank LCC most graciously for choosing to embark on this great project.
“This indeed is a legacy that will remain in our memory for a long time to come. We look forward to the manifestation of greater things and partnerships in the years ahead,” he said.
Chairman of Guards Polo Club, Amb. Sani Bala expressed gratitude to the company, saying that it was a great milestone for the club.
“We are very delighted that the appeals we have been making to well-meaning Nigerians and corporate bodies alike to support the game of polo are yielding fantastic results.
“LCC is coming with a lot of groups, companies and banks to build this wonderful club house. It is indeed going to be one of its kind in the country and we are really very happy’’, Bala said.
The chairman also revealed that plans were underway to bring about more developments in the club within the shortest possible time.
“There are a lot of developments coming through. In addition to the new club house, we intend to have at least one or two more polo pitches so as not to put too much pressure on the existing one.
“This is something that is going to happen with the collaboration and assistance of the NAPA.
“We are very grateful to Gen. M.S. Aliyu who has been giving the push for the Nigerian Army to really participate fully in the game of polo,” he said.
According to the chairman, there would be other recreational and sporting facilities in the club, such as squash and tennis courts, as well as a playing area for kids and a polo school to teach young players and organise a lot of other grassroots programmes.
“The game of polo requires skill and horsemanship and, therefore, one must have drive and passion to learn the basic rules and rudiments of the sport,” he said.