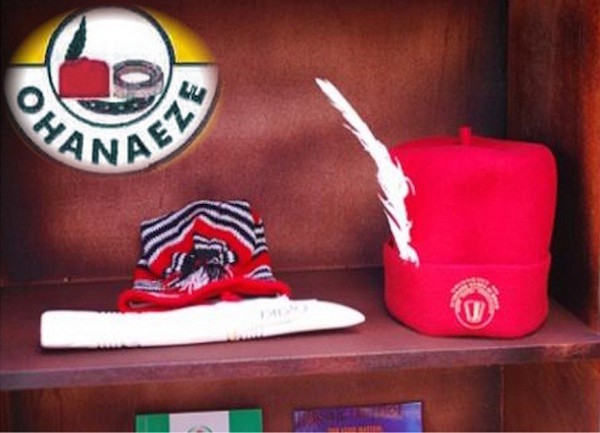 A peace parley between the Rivers State Government and Ndigbos last Sunday, set the tone for events in Government House, Port Harcourt, last week.
The five state governments in the zone were represented in the meeting by either their Governors or Deputy Governors. President-General of Ohaneze Ndigbo, Chief Nnia Nwodo and other notable personalities of Igbo ethnic nationality were present in the peace meeting.
According to the Chairman of South-Eastern Governors Forum and Governor of Ebonyi State, Dave Umahi, the meeting was requested by the forum and approved by the Governor of Rivers State to seek for peace over the crisis in Oyigbo Local Government Area of Rivers State and rumours that Governor Wike was chasing Ibos out of his state because he hates them.
However, when the Ibos living in the state were called to explain how they were being treated in the state, it was commendations and praises on how Governor Wike- led government had treated them as if they were Rivers people.
Governor Wike said Rivers State is home to the Ibos, because of the enduring relationship it has with them and that such cordial co-existence would continue.
He explained that the outlawed Indigenous Peoples Of Biafra (IPOB) killed six soldiers, four policemen, burnt all police stations and court buildings in Oyigbo and that the crisis that ensued led to imposition of curfew by the state government.
He said that the state had nothing against the Ibos but warned them not to take laws into their hands as was done by IPOB, so as to avoid the wrath of the law.
The forum Chairman, Governor Umahi and the President- General of Ohaneze Ndigbo, Chief Nnia Nwodo, decried the criminal activities of IPOB and said they were not representing the Ibos. They praised Governor Wike for taking the Ibos in Rivers as his and urged Ibos to be peaceful and to respect the laws of the state.
Also last week, Gov Wike approved the re-opening of the Ikokwu Spare Parts Market.
He however, ordered that security agencies would remain in the area till future notice.
Within the week under review, more prominent politicians defected from the All Progressives Congress (APC) to the People’s Democratic Party (PDP).
A former Director of Finance and Administration in the Niger Delta Development Commission ( NDDC), Henry Ogiri who led those that defected said they were motivated to return to PDP because of the quality of people- oriented projects embarked upon by Governor Wike.
Another major event last week in Brick House was the signing of Executive Order prohibiting street trading, illegal market and motor park around the newly commissioned Rebisi Flyover Bridge.
The Executive Order is titled: “ Executive Order RVSG- 23 202 Pursuant to Sections 1, 3 and 9 of the Rivers State Street  Trading, Illegal Markets and Motor Parks (Prohibition) Law 2019.
Also last week , Governor Wike declared open the 2020/2021 Legal Year of the Rivers State Judiciary in Port Harcourt.
At a special court session, part of the activities organised to mark the event open, Governor Wike took a swipe at the Chairman of the Port Harcourt branch of the Nigeria Bar Association (NBA), Prince Nyekwere for alleging that some persons were extrajudicially killed by the military in the aftermath of IPOB killing of six soldiers, four policemen, and destroyed police stations and court buildings.
He wondered why the NBA that was yet to make a former submission to the Judicial Commission of Inquiry set up by the State Government to probe the attrocities of  the Special Anti-robbery Squad (SARS) would without evidence allege extrajudicial killings in Oyigbo.
Governor Wike  lauded the Chief Judge of the state, Justice Adama Lamikanra for her commitment to the progress of the judiciary in the state.