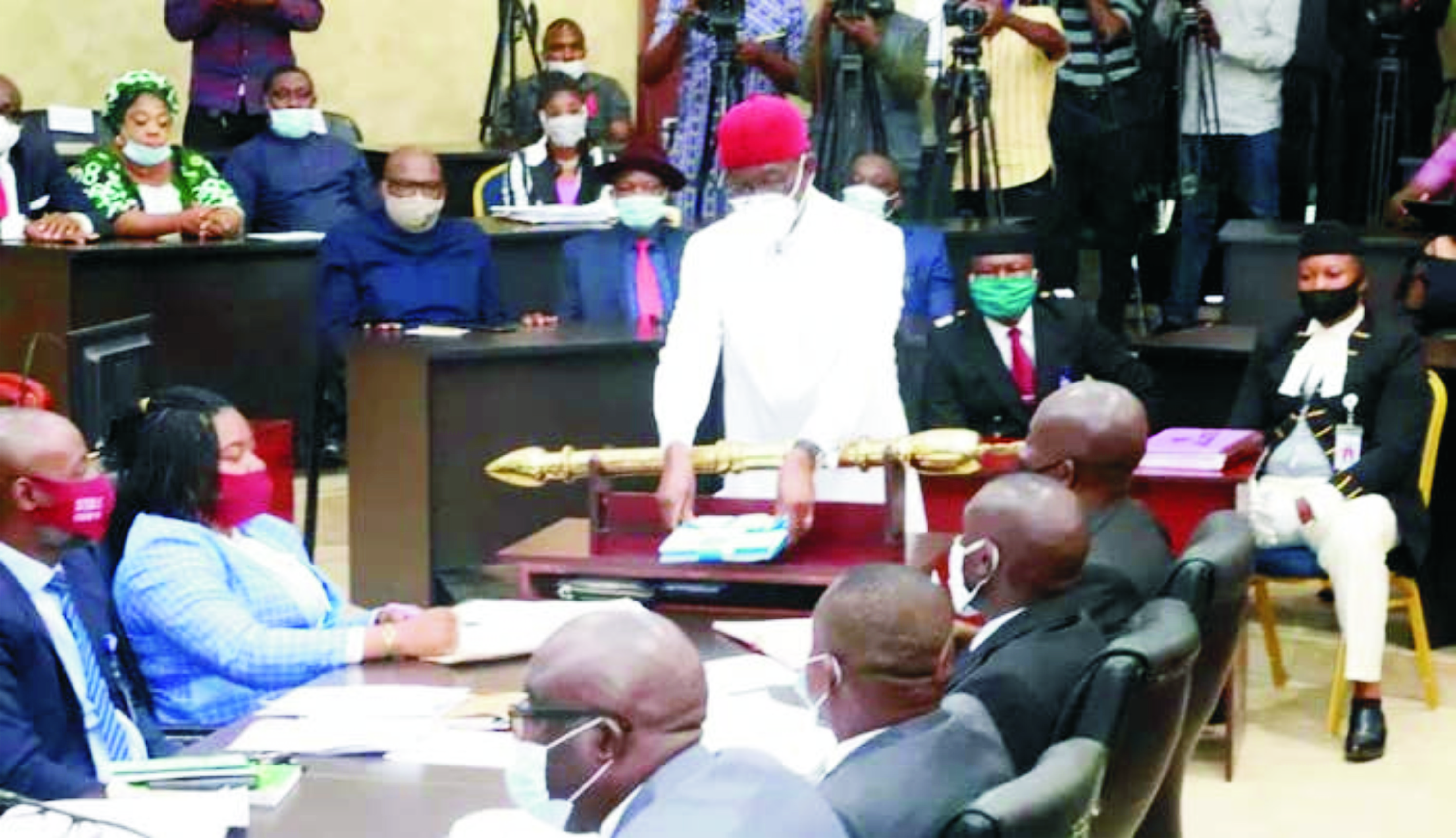 The Delta State Governor, Senator Ifeanyi Okowa, has presented the Appropriation Bill of N378.48billion for 2021 to the state House of Assembly for consideration.
Presenting the budget christened, “Budget of Recovery’’, last Tuesday, in Asaba, the governor disclosed that the Bill was made up of N207.52billion for Capital Expenditure and N171.32billion for Recurrent Expenditure.
He said that capital expenditure constituted 54.76 percent of the Budget while 45.24 per cent represented recurrent expenditure, and explained that the allocations were consistent with his administration’s agenda of spending more on projects and programmes that would impact directly on socio-economic wellbeing of Deltans.
The 2021 budget is N96.2billion or 34.05 per cent higher than the N282billion revised approved budget of 2020.
The governor said that the 2021 budget proposals reinforced the state government’s commitment to road infrastructure, education, health, job and wealth creation programmes as the principal-drivers of the ‘Stronger Delta’ agenda.
According to him, N113billion, representing 89.94 per cent of the capital budget is allocated to the economic sector while N35billion is allocated to the social sector; the administration sector got 10.93 billion and the regional sector, N42billion.
“In 2021, we propose to spend N66.66billion on Road Infrastructure; N6.79billion on Health; Education will gulp N23.55billion; Agriculture, N2.04billion and Water Sector, N1.83billion.
“Job and Wealth Creation Bureau will gulp N1billion and Youth Development, N1.25billion. These key sectors are very essential in our 2021 budget,” Okowa said.
He said that budget, which was derived from the state’s 2021-2023 FSP/MTEF, was anchored on crude oil production benchmark of 1.86 mbpd, oil price of $40 per barrel, exchange rate of N379 per dollar, national Gross Domestic Product (GDP) growth of three per cent and 11.95 national inflation rate.
He disclosed that since 2015, his administration had progressively increased its annual spending on education infrastructure and would continue to scale up investments in the sector as the state continued with plans to establish nine new technical colleges to take off in the 2021/2022 academic session.
The governor pointed out that due to the impact of the COVID-19 on the global economy, government spending was severely hampered and that Delta was no exception.
He, therefore, stated that “the proposed 2021 Budget for Delta is primarily focused on protecting and supporting our people in a COVID-19 environment, accelerating infrastructural renewal, incentivising growth, enhancing job creation, engendering social inclusion and developing sustainably.
“Overall, the proposed 2021 Budget is predicated on inclusive economic growth that is sustainable and people-centred, with strengthening fiscal sustainability through increased efficiency in spending, improved revenue mobilisation and debt sustainability.