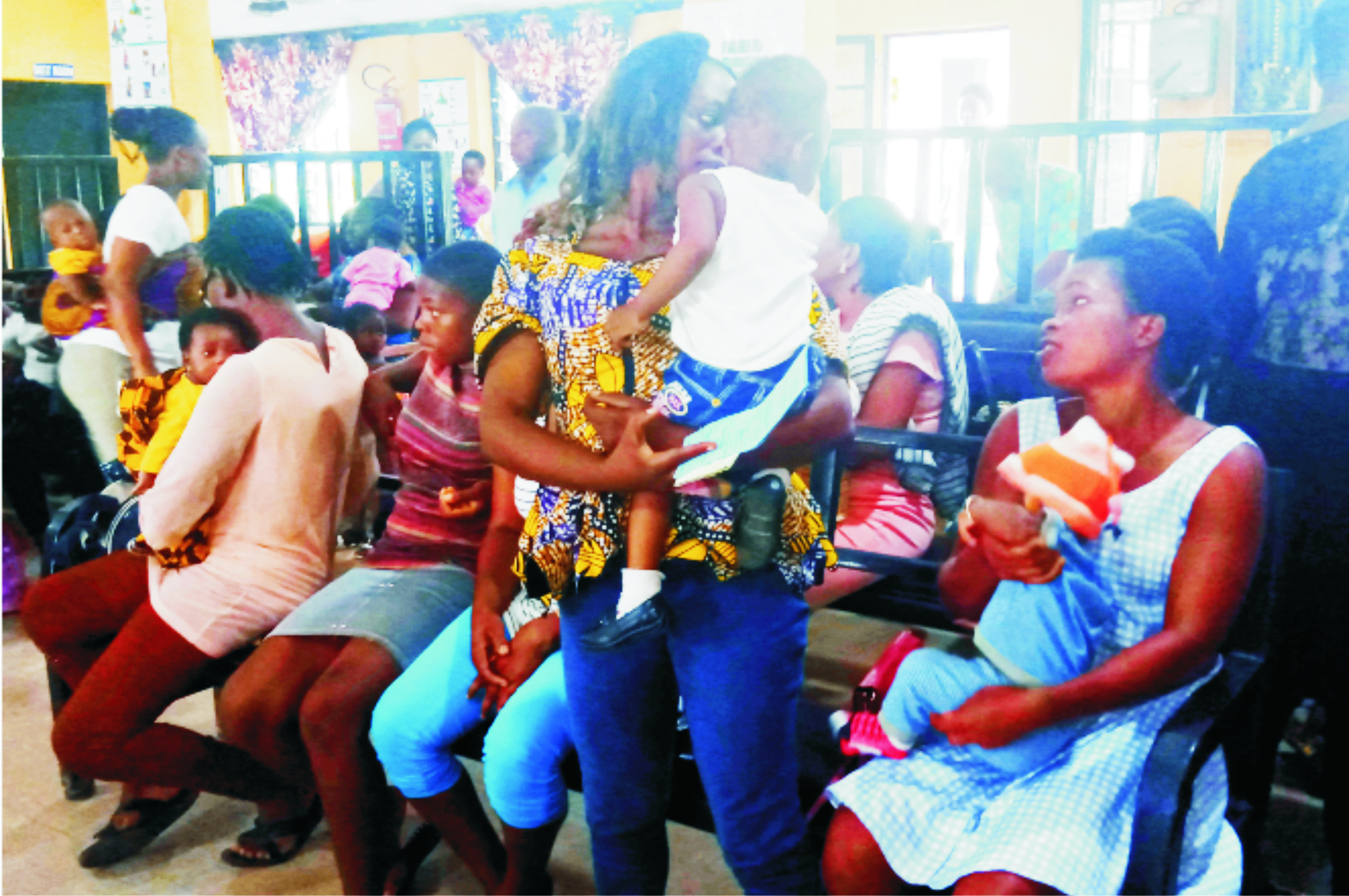 It was a full hall recently, at the post-natal wing of the University of Port Harcourt Teaching Hospital Health Centre in Omoko-Aluu Community in Ikwerre Local Government Area of Rivers State, not even a baby’s cry in the vicinity, could distract the keenly attentive mothers who had fixed their gaze at the guest speaker in the hall.
While mothers took turns to check the weight of their babies and presented them for immunization as the case may be, Mrs Prince-Obe Queen, a graduate of Business Administration and Management, and mother of four, took the stage, to stress the importance of natural food for mothers and chidlren. Her exhibition was basically on Tom-Brown, a mixture of cereals ; corn, guinea corn, millet, unripe plantain, soybeans and groundnuts.
Mrs Prince-Obe’s emphasis on natural food devoid of artificial inclination, was best explained in her preparation of this all-important meal before the nursing mothers.
While the meal was still cooking, its aroma swept through the mothers and caught their attention as none of them contemplated stepping out of the hall until a taste of the meal was achieved. Against the numerous junks in the market, branded as canned food which are blended with preservative agents or artificial properties inimical to our health, she presented Tom-Brown as a food without any chemical substance, good for a healthy body development.
Away from our knowledge of Tom-Brown as food for babies, this mother of four had come up with a brand of Tom-Brown, not limited to babies consumption, but for the entire family. She said her desire for a perfect nutrition had lured her into a research that birthed the Queen’s Healthy Tom-Brown brand.
Although, determined to make a fortune from natural food, she said it was her own way of giving back to the society first and foremost, as she emphasised the need for good food for a healthy living.
Those who have tested it, she said, liked it, and many children who were malnourished, when exposed to the food, looked healthier. She recommended it to diabetics, stating that a man who had a low sugar level of 0.3 had the meal introduced to him for a month after which, his sugar level was boosted.
According to her, those that undergo mental activities, those that work round the clock, need Tom-Brown meal to stay healthy. With Tom-Brown, coupled with a meal a day, the body’s diet demand for the day is met.
Tom-Brown is a perfect food to wean your baby with, Tom-Brown is nutritious and filling. While mothers were told of where they can buy Tom- Brown mix, they were also obliged the knowledge of how to make it at home.
Below is a step by step guide on how to make your own Tom-Brown mix from scratch. First and foremost, what makes up Tom brown mix is a mixture of cereals (yellow corn, guinea corn and millet) and legumes (soybeans and groundnuts). The cereals and legumes add a variety of nutrients beneficial to the baby’s good health to the meal.