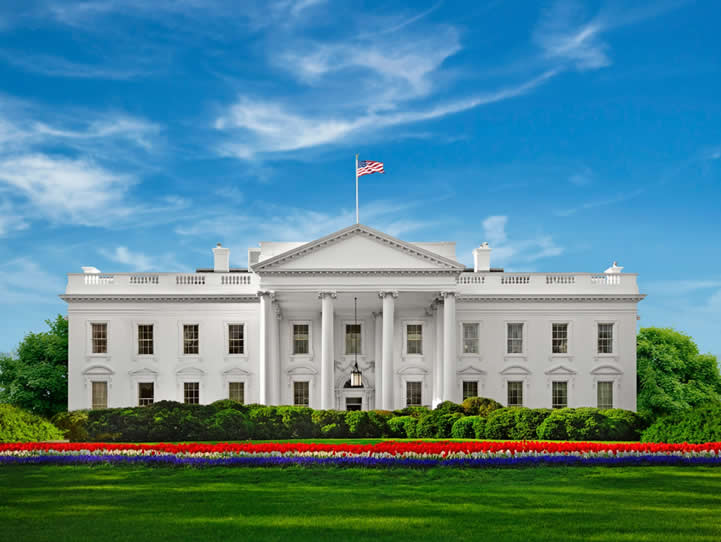 With the Presidential odds pointing in Joe Biden’s favour, it seems possible that Donald Trump might end up having to pack his bags and move out of Washington’s White House. Over the years, the White House has been a home to almost every US President who has served a term for their country, although it’s certainly received many facelifts since it was first built.

George Washington was the country’s first ever president, and ahead of his second term in the role, in 1791, he selected the site where the White House would be built. The cornerstone for the structure was laid by 1792, and soon after, a design submitted by Irish-born architect James Hoban was agreed upon. Washington never actually got the chance to live in the finished residence, as it wasn’t completed until after his death. The first president to occupy the White House was John Adams, alongside his wife Abigail, in 1800, after a lengthy eight years of construction.

Thomas Jefferson and James Madison served as presidents respectively, however a few years after Madison was elected, the War of 1812 began, and the British set fire to the White House in 1814. Once these fires were put out, James Hoban was brought back in to rebuild the structure, ready for President James Monroe to move in by 1817. During Monroe’s administration, the house was further expanded – with the South Portico being constructed in 1824. Five years on, and President Andrew Jackson also oversaw an addition to the White House, the North Portico, which was built in 1829. During the latter half of the 19th century, there were even more proposals to significantly expand the President’s residence, as well as one that suggested building an entirely new house for future presidents to live in, but these plans never came to fruition.

By 1902, Theodore Roosevelt had been elected and subsequently began a major renovation of the White House. He went on to have the presidential offices relocated over to a newly constructed Executive Office Building, which is now known as the West Wing. Dubbed as the “Roosevelt renovation”, these plans were carried out by a famous New York architectural firm called McKim, Mead and White. President William Howard Taft was Roosevelt’s successor, as well as the man who had the globally recognised Oval Office originally constructed.

Almost 50 years on from Roosevelt’s overhaul renovation, the White House began to look a little worse-for-wear, showing signs of structural weakness. President Harry S. Truman was in office at the time, and decided to order yet another major renovation, in which the entire inside of the building was dismantled and reconstructed. Finally, by 1952, the work was complete and the Truman family could move back into the White House.

Since John Adams came into office, every US President that’s followed has lived in the White House, and made their own adjustments along the way. The White House holds the purpose of not only the home of the current president and his family, but also a museum of American history.

Is the surge of early voting good or bad for Donald Trump?