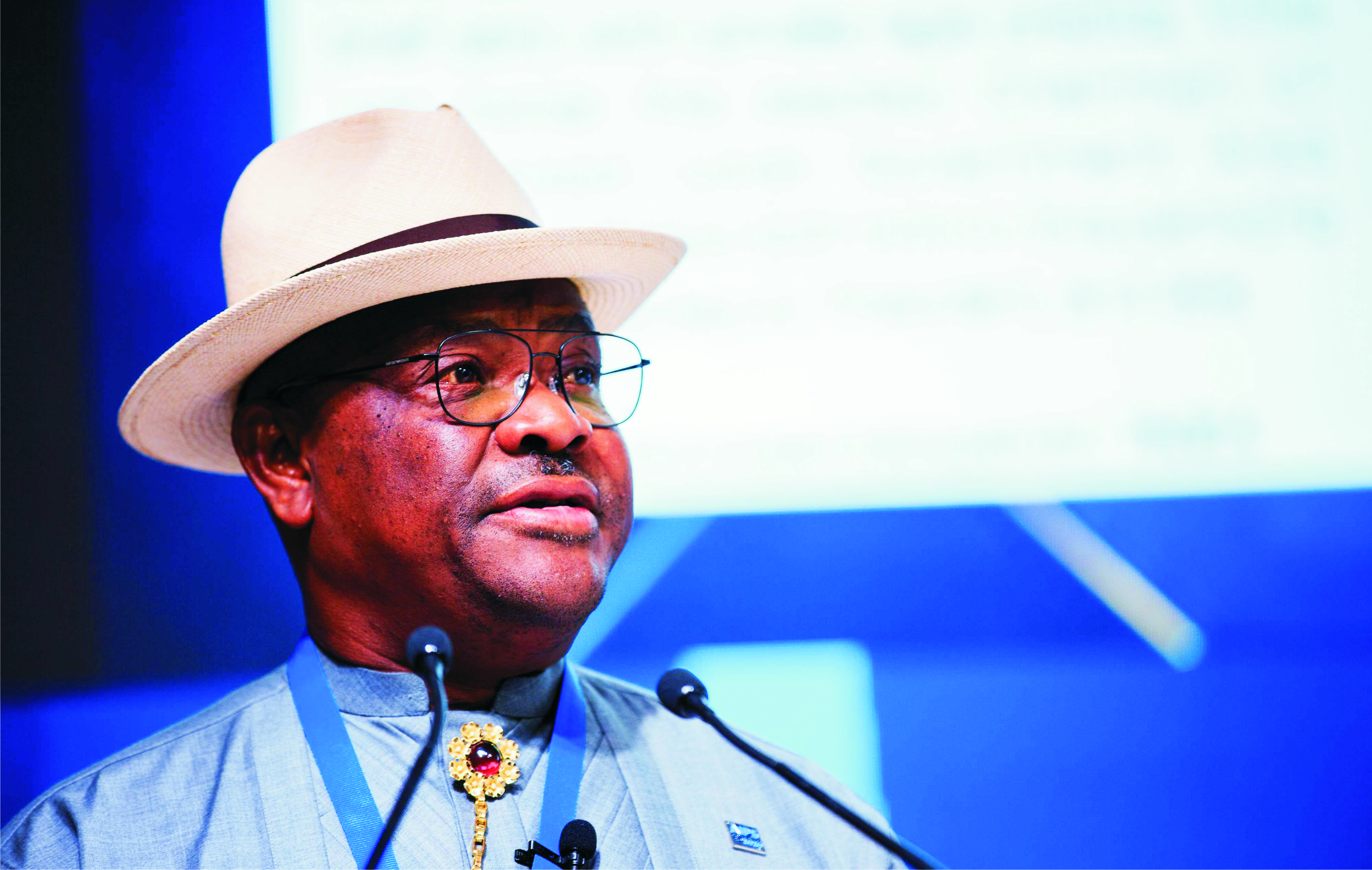 The Governor of Rivers State, Chief Nyesom Wike, last week, imposed a twenty-four hour curfew in Oyigbo Local Government Area of the state.
The curfew also extended to Mile 1, Mile Two, Emenike, Ikokwu, and Iloabuchi parts of Diobu in Port Harcourt City, as well as Oil Mill axis of Obio/Akpor Local Government Area.
The Governor announced the curfew in a state-wide broadcast last Wednesday, at Government House, Port Harcourt, and explained that the decision to impose the curfew was arrived at in a State Security Council meeting held same day in Government House.
In the broadcast, he said that the State Government appreciated the peaceful nature of the #EndSARS protest but regretted that hoodlums later hijacked the protest to unleash carnage in parts of the state.
He said: “ Some hoodlums attacked and destroyed police stations and court buildings in Oyigbo Local Government Area. Another set of hoodlums were also at the Ikokwu Spare Parts Markets, disturbing public peace and damaging property”.
In line with the proscription order of the Federal Government, Governor Wike, last week, reinforced ban on activities of the Indigenous Peoples Organisation of Biafra (IPOB) in the state.
The Governor stated that no form of procession or agitation by the group or any of its affiliates is allowed to take place in the state henceforth.
He explained that the state government observed that the activities of the banned IPOB are not only dangerous to lives and property, but clear threat to the existential interest and aspiration of Rivers State and all her people.
He directed security agencies to stop any form of procession or agitation by IPOB in any part of the state and arrest and prosecute any person or group that identifies with the membership or activities of the banned IPOB, adding that government will issue an executive order to strengthen and ensure effective reinforcement of the measures.
Governor Wike noted with sadness that since the organisation was classified as a terrorist organisation by a Federal High Court and subsequently proscribed by the Federal Government in 2017, the group had carried out intermittently processions in parts of Rivers State, especially Oyigbo and some notorious suburbs in Port Harcourt, stressing that the aim of IPOB had been to disturb the peace of the state by unleashing violence and destruction of lives and property at will.
The State Chief Executive declared one Mr Stanley Mgbere wanted for allegedly leading members of the banned IPOB to cause the recent violence and destruction of lives and property at Onne Community in Eleme Local Government Area.
The Governor announced a ransom of N50million  for anybody with useful information that would lead to Mgbere’s arrest and subsequent prosecution.
Another major event in Brick House last week was the inauguration of a Judicial Commission of Inquiry to investigate acts of brutality and violation of fundermental human rights perpetuated by operatives of the disbanded Special Anti-Robbery Squad (SARS) in the state.
According to the Governor, the Commission was set up in exercise of the powers conferred on him by the 1999
Constitution as amended and the provisions of Section 2 (1) of the Commission Inquiry Law of Rivers State (Cap 30) Laws of Rivers State of 1999.
He tasked the Commission to identify the victims of the alleged acts of attrocities committed by officers and men of FSARS. It is also to identify the persons or groups who counselled, procured and sponsored alleged acts of violence and violation of human rights of citizens committed by the disbanded outfit in the state.
Members of the Commission were drawn from the Nigeria Bar Association (NBA), FIDA, Youth, Civil Society, Women and Religious organisations and the Commission has 60 days from the date of it’s first sitting to submit its report.
Justice Chukwuneye Uriri (rtd) is the chairman of the Commission.
The Governor also inaugurated the newly reconstituted Rivers State Independent Electoral Commission (RSIEC), within the week under review.
Justice George Omereji (rtd) is chairman of the Commission, Dr Doris Ruhuoma Chukwu, Mrs Chioma Ochia, Dr Hope Barango Tariah, Professor Lysias Gilbert, Barrister Barine Akpobari Nwikinanei, Dr Iyeneomie Tamunoberetonari, and Dr Solomon Egbe are members.
Governor Wike also appointed  two veteran journalists into key positions. Chief Ernest Chinwo was appointed the General Manager of the Rivers State Newspaper Corporation, while Mr Kelvin Ebiri was appointed Special Assistant (Media) to the Governor.