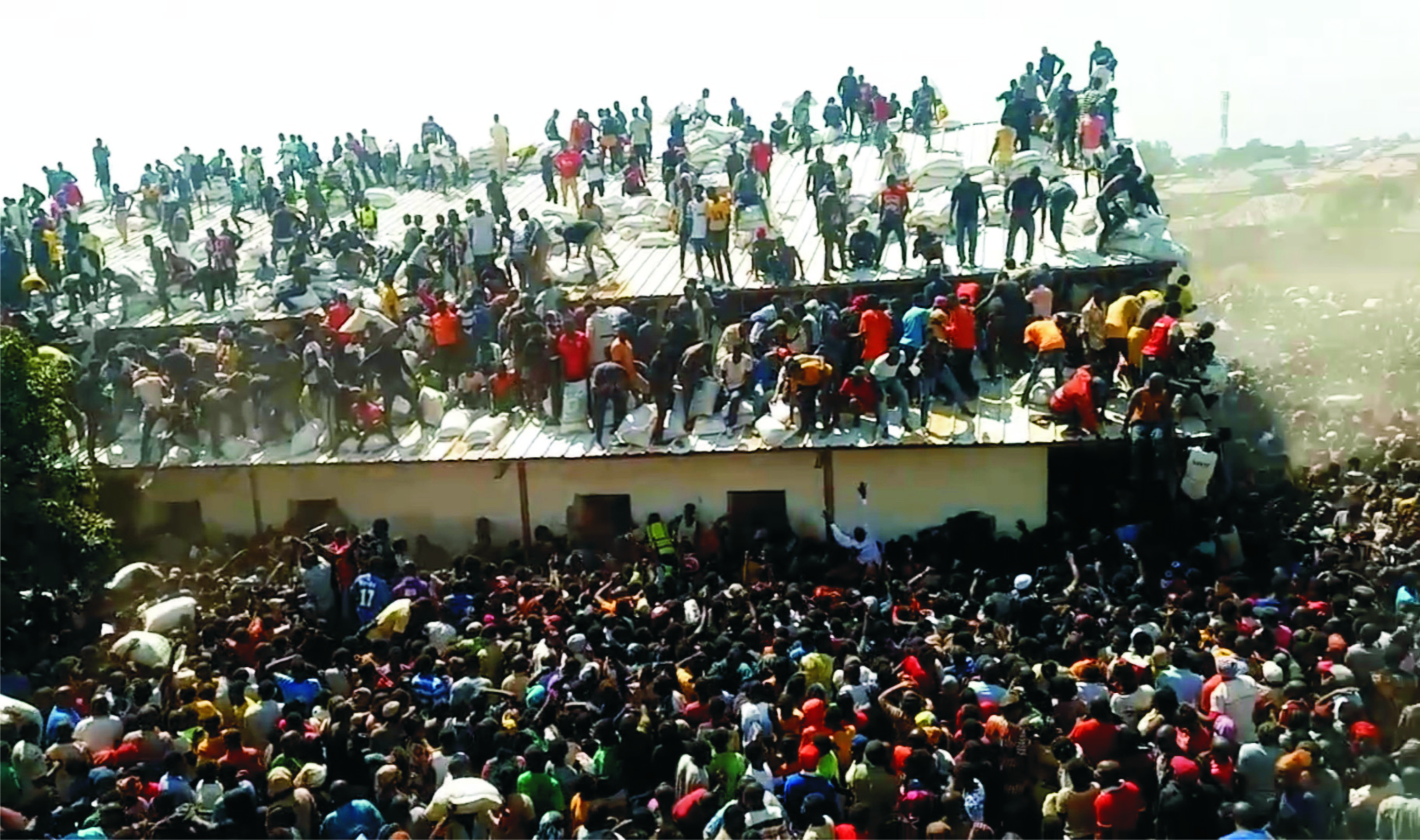 The Ohanaeze Ndigbo UK and Northern Ireland, yesterday, condemned the looting and wanton destruction of private properties, public utilities, institutions and facilities by hoodlums following the #EndSARS protests in the country.
The Igbo socio-cultural group, in a statement jointly signed by its President, Dr Nnanna Igwe; and Secretary, Mazi Kingsley Offor (Esq); stated that the acts were not acceptable, and negate the vision of the #EndSARS movement.
The Ohanaeze UK, North Ireland, therefore, called on all those involved in the destruction of people’s shops and looting of properties to stop the reprehensible acts of vandalism in the East, South, West and North of Nigeria.
It also expressed its profound condolences to the families of the innocent and unarmed #EndSARS protesters who lost their lives in the cause of the protests, especially those who died at the Lekki Toll Gate in Lagos.
“We also remember all those killed extra-judicially in Nigeria over the years by SARS and police brutality with ‘utter impunity’; our thoughts and prayers are with them.
“We condemn strongly the army shooting, attack and forceful disruption of peaceful #EndSARS protest at Lekki Toll Gate on October 21 in Lagos resulting in significant casualties and loss of lives.
“This action was the lowest moment in our history and an affront to our fundamental human rights and freedom of association as enshrined in Nigerian Constitution and the International Law on Human Right to which Nigeria is signatory to.
“We fully share and support the peaceful #EndSARS youths’ protest demanding immediate end to police brutality, and request for good governance and a better society in Nigeria.
“This #EndSARS protest has no ethnic or religious connotations; it was a spontaneous and united peaceful movement by all Nigerian youths to press for a change in the affairs of the nation.
“The Federal Government should set up urgent judicial panel of inquiry into the Army shooting and extra-judicial killings of peaceful and armless protesters, and all forceful disruptions of the peaceful #EndSARS protest,” the statement read.
It also called on the Federal Government to set up a special fund to support the families of those killed and maimed in the #EndSARS protests across the country.
The group urged government and leaders at various levels to listen to the yearnings of the united Nigerian youths involved in the protests.
It urged all security agencies to stop the use of force against the peaceful youth #EndSARS protesters, and ensure that the culprits were brought to justice.
This, the group noted would help in dousing the tensions necessitated by the #EndSARS protests across the country.
“There are urgent need for restructuring, good governance, rule of law, freedom of speech, freedom of association, preservation of fundamental human rights, equity, transparency, accountability and end of corruption in Nigeria.”
Ohanaeze urged the international community such as the UK, USA, EU, China, African Union, the Commonwealth, United Nations and Amnesty International, to prevail on Nigerian government to ensure good governance and end to police brutality on citizens.
“The international community must be fully aware of the huge and costly global implications of Nigerian implosion; urgent actions must be taken to stem the tide.
“We strongly and passionately appeal to all stakeholders and leaders to work together to end this impasse in Nigeria. The time to act is now,” the UK-based Ohanaeze Ndigbo group said.