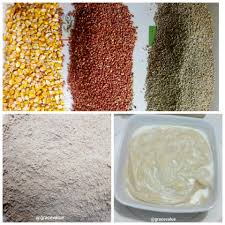 It was a full hall on Tuesday, at the post-natal wing of the University of Port Harcourt Teaching Hospital Health Centre, Omoko Aluu, in Ikwerre Local Government Area of Rives State, not even a baby’s cry in the vicinity, could distract the keenly attentive mothers who had fixed their gaze at the guest speaker in the hall.
While mothers took turns to check the weight of their babies and presented them for immunization as the case may be, Mrs Prince-Obe Queen, a graduate of business administration and management, and mother of four, took to the stage, to stress the importance of natural food for mothers and children. Her exhibition was basically on Tom-Brown, a mixture of cereals ; corn, guinea corn, millet, unripe plantain, soya beans and groundnuts.
Mrs Obe’s emphasis on natural food devoid of artificial inclination, was best explained in her preparation of this all-important meal before the nursing mothers.
While the meal was still cooking, its aroma captivated the essence of the mothers as none stepped out of the hall until a taste of the meal was achieved. Against the numerous junks in the market branded as canned food which are blended with preservative agents or artificial properties enemical to our health, she presented Tom-Brown as a food without any chemical substance, good for a healthy body development.
Away from our knowledge of Tom-Brown as food for babies, this mother of four has come up with a brand of Tom-Brown, not limited to babies consumption, but for the entire family. Her desire for a perfect nutrition has lured her into a research that birthed the Queen’s Healthy Tom-Brown brand.
Although, determined to make a fortune from natural food, she said it is her own way of giving back to the society first and foremost, as she emphasises good food for a healthy living.
Those who have tested it, she said, liked it, and many children who were malnourished, when exposed to the food, looked healthier. She recommended it to diabetics, stating that a man who had a low sugar level of 0.3 had the meal introduced to him for a month after which, his sugar level was boosted.
According to her, those that undergo mental activities, those that work round the clock, need Tom-Brown meal to stay healthy. With Tom-Brown, coupled with a meal a day, the body’s diet demand for the day is met.

The World’s Women 2020: Trends And Statistics 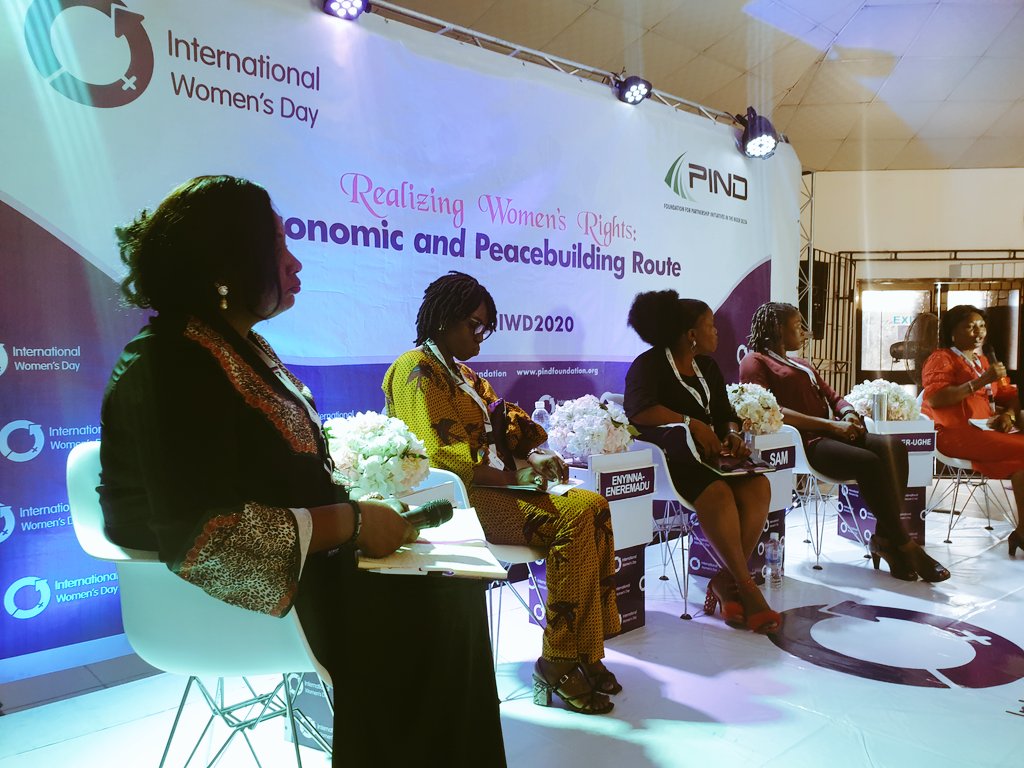 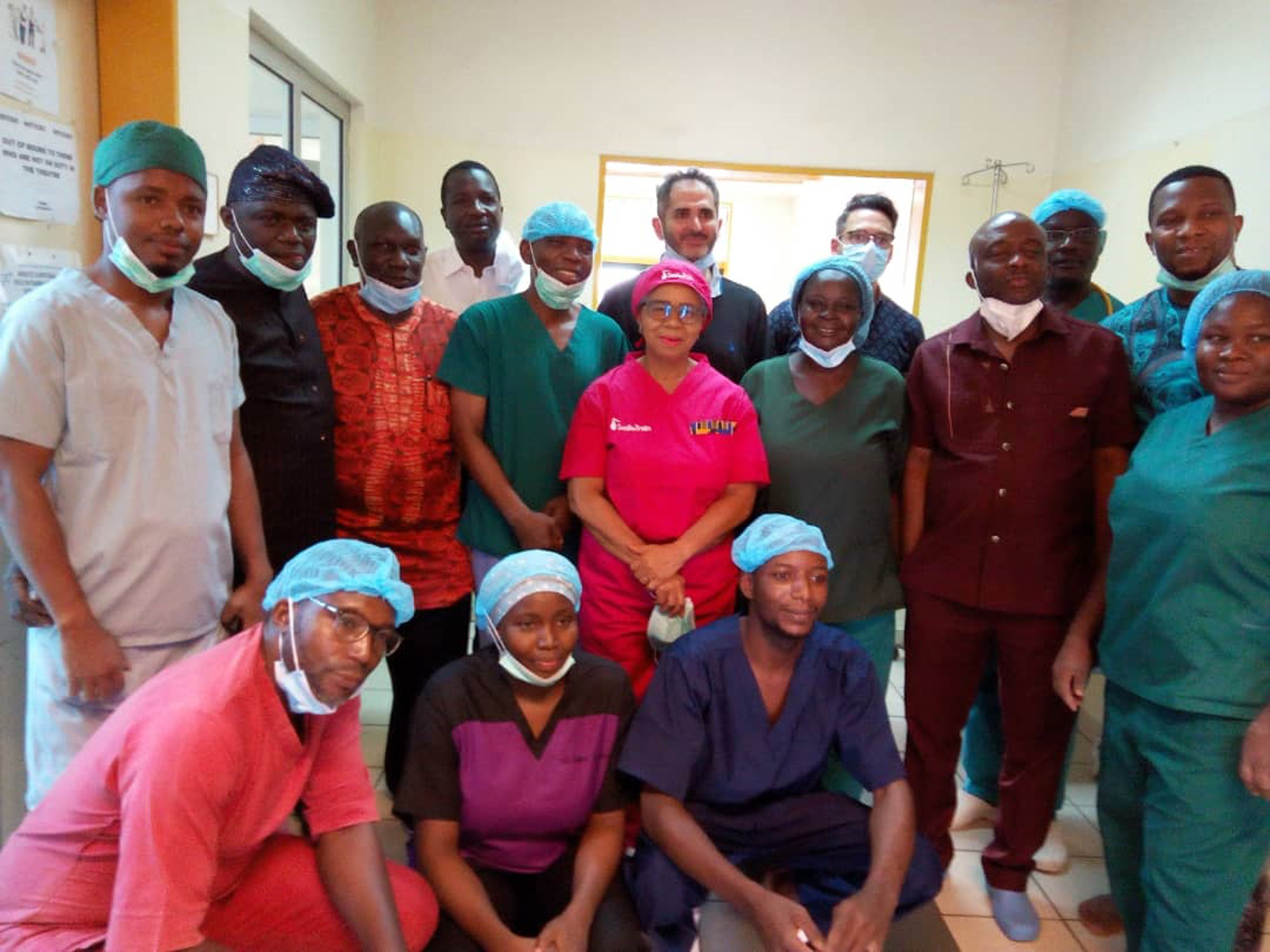 The Minister of Women Affairs, Senator Pauline Tallen, has said that 30 per cent of women and girls between the ages of 15-49 experience different forms of sexual abuse.
Tallen said this, yesterday in Abuja, at a panel discussion to commemorate the International Day of the Midwife 2021, and the Orange World Campaign flag-off.
The theme of the event was, “Access to Services For GBV Survivors in Nigeria: A Call to Action.”
The advocacy event was organised by United Nations Population Fund (UNFPA), as part of its mandate of engaging health professional associations in ending Violence Against Women and Girls (VAWG) in Nigeria.
Tallen attributed the rising number sexual abuse, especially in the North-East, to prevailing factors like child marriage and terrorism.
The minister, who was represented by the Permanent Secretary of the ministry, Mrs. Anthonia Ekpa, said Nigeria experienced different forms of sexual abuse, and that the patriarchal nature of the society.
“The situation has further worsened as a result of the Covid-19 pandemic which has been described as a shadow pandemic.
“The pandemic has seen a surge on reports of gender-based violence cases nationwide, which has led to the diversion of priorities and resources to address these issues.
“There is continuous advocacy and ongoing amendments to existing policies to accommodate best practices in combating this pandemic,” she explained.
Tallen noted that a recent study commissioned by her Ministry and the United Nations (UN) partners in Nigeria, with support from the Norwegian government found out that 28 per cent of Nigerians aged 25-29 had experienced some form of physical violence since age 15.
“The study also reports that 15 per cent of women experienced physical violence, and the level of exposure to the risk of violence varied based on marital status.
“It said 44 per cent of divorced, separated or widowed women reported experiencing violence since age 15, while 25 per cent of married women or those living with their spouses have experienced violence,” she said.
She added that the most common acts of violence against women in the country included sexual harassment, physical violence, harmful traditional practices, emotional and psychological violence and socio-economic violence.
“What do Nigerian women want to see? Sustaining advocacy and empowerment!
“As I keep reiterating in my past discussions on GBV, there is need to intensify community level advocacy on gender based violence from federal to state, down to the grassroots,” Tallen said.
She added that there was need to take up challenges as they emerged, as the statistics on prevalence of GBV were scary.
“The issue of gender-based violence is at the centre of human rights; there are two sides to it, which are gender inequality and violence against women,” Tallen stressed.
Speaking at the event virtually, the UN Deputy Secretary General, Ms. Amina Mohammed, said there was no excuse for GBV survivors not to have access to services in the country.
“I welcome all the collective and comprehensive actions on ending GBV in Nigeria. This is the kind of leadership the world needs and the UN stands ready to support you,” Mohammed added.
The Director-General of the National Agency for the prohibition of trafficking in Persons (NAPTIP), Imaan Sulaiman–Ibrahim, said the Violence Against Persons Prohibition Act (VAPP), was fully implemented in the Federal Capital Territory (FCT).
Ibrahim urged women and girls to report all forms of violence and human degradation to NAPTIP.
“We have more trained and equipped personnel on violence issues than the police. They take it up and report to the police and then follow up,” she said.
Also speaking, UNFPA Representative in Nigeria, Ms Elisabeth Mueller, said in tackling gender-based violence, Nigeria must create an enabling environment through collaboration and avoid blaming and shaming.
“Every time we talk about Gender-based violence, we are talking about real people like us who are subjected to several forms of violence,” Mueller noted.
According to her, it is worrisome to know that Nigerians do not amplify the cases of violence women face on a daily basis.
“Always remember to show love and care to girls and women. We should be able to pass the appropriate message across to people. We should also put a human face to our stories,” she added.
She said about 18 million women in Nigeria had stories to tell regarding the issues of Sexual and Gender Based violence.
“We need to support women and girls by standing up for each other always. We need to give them assurance that they will get justice. When we hold each other’s hand, then we are on the way to ending sexual and gender based violence,” she stated. 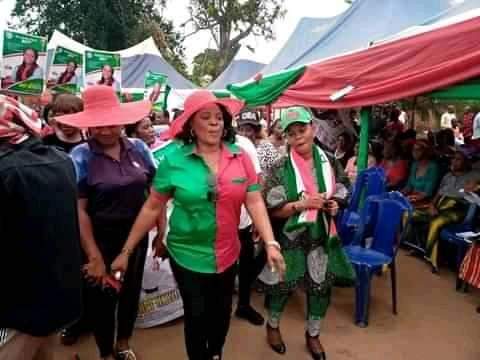 As the Rivers State Independent Electoral Commission, RSIEC, releases the result of the April 17th,  2021 Local Government Council poll,  friends and well wishers of the Etche LGA Vice Chairman-elect,  Honourable Gladys Onyekachi Nweke, have continued to express strong faith in her ability to deliver on her mandate.
Addressing the people of Okehi in Etche,  during a special visit with her exco, Chairman,  Nigeria Association Of Women Journalists (NAWOJ), Rivers State branch, Mrs Susan Serekara Nwikh-ana,   urged the good people of Okehi  to always pray and support their own daughter “Gladys”,  on daily basis, so as to represent and make women proud over the task given to her.
The media women leader,  acknowledged the Governor of Rivers State, Chief Barr Ezenwo Nyesom Wike, for finding women worthy and capable in leadership positions. She  adored  the governor for enabling women in the State to serve as  vice chairmen in all local governments in  Rivers State, thereby giving them a voice in the society at large.
She thus, encouraged the elders, women, and youths of Okehi, to  always think of their daughter, observe, advise and correct her as to make a difference in the LGA and State.
While also  congratulating the Vice Chairman-elect, a veteran journalist in the State, Mrs Kate-Sam Mgbor, advised  her  to  remember that the people that elected her,  especially the women she represents,  are looking up to her, a reason for which she  should do well to carry them along.
She  charged her to resist every oppression, irrespective of who the oppressor is. She enjoined her to be  strong, speak out diplomatically, when things are not going well, as well as  play along to some limit and make an impact in Etche’s  political arena, by making her voice to be heard.
Meanwhile, an indegene of Okehi, Hon. Fortune Obi, Secretary of Trade Union Congress and former Pengason PRO, on behalf of the good people of Okehi, had promised that  Hon. Gladys will not be a disappointment at all to both the Etche land and to the state at large, by the Grace of God Almighty.
Hon. Gladys Nweke, on her part, has promised that with God on her side, she will make  Etche men, women and youths proud and will return diginity/sanity to the seat of Etche’s Vice chairmanship.
Gladys Onyekachi Nweke as she is called,  hails from Umuomara, Okehi 2 in  Etche Local Government Area of Rivers State.
Born in  August, 1983 to the family of Late Mr and Mrs Appolus Anunobi  Nweke,  in Umuowan-Ukwu Umuomara in Okehi Etche, she is the third and the last child of her late parents.
A mother of one, Hon. Gladys attended Amato Community Primary School  Okehi 2, Etche, where she obtained her  first school leaving certificate and proceeded to Government Girls Secondary School Egbelubi, Ndashi, Etche, for her Junior School Certificate Examination.
She sat for  her  Senior School Certificate Examination in the year 1998, at  International Secondary School, Rivers State University of Science and Technology (RSUST), now Rivers State University (RSU)
A graduate of Mass Communication from Rivers State University Port Harcourt, she also holds a Diploma in Screen Writing from New York Film Academy, Lagos State in 2011.  A member of Actors Guild of Nigeria (AGN), Nigeria Association of Women Journalists (NAWOJ), Nigeria Union Of Journalists (NUJ), Environmental Safety Professional, Entrepreneurship mentorship and a Journalist
A member, Women in Nigeria and Diaspora (WINADOnline/Offline Foodstuffs Vendor and also a social media connoisseur.
She has worked in many media organisations such as; Eagle News Online Newspaper, Correspondence, Liberty Radio based in Kaduna State, Premium Times online Newspaper, Greenberg Reporters, the Port City news.
Editor in chief of two local tabloids, Editor of News platform Newspaper and Magazine, and Sliver News Online
Honourable Gladys contested as Deputy Governor on the platform of Alliance National Party in 2019 general election in Rivers State
Today, she is the Vice Chairman-elect in Etche Local Government Area of Rivers State, sequel to the just concluded Local Government Elections in Rivers State
Worthy of note is the fact that her interests spread as far as creating business ideas in the areas of in media, trainings,  consulting and loan facilitations from government, BOI and other financial institutions
Honourable Gladys’ thought for the youths is to own at least one business. This policy, I believe will help curtail cultism, kidnapping, drug abuse, killings and other social vices.