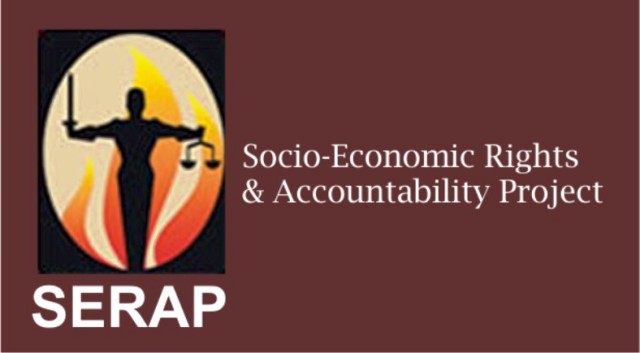 The Socio-Economic Rights and Accountability Project (SERAP), yesterday, approached the Federal High Court in Lagos for an injunction backing and protecting the #EndSARS protesters.
In a fresh lawsuit, which has President Muhammadu Buhari; the Inspector-General of Police, Mohammed Adamu; Commissioner of Police, Lagos, Hakeem Odumosu; and the Attorney General of the Federation, Abubakar Malami; as defendants, SERAP prays for an order protecting the protesters from harassment.
The protesters had come under attacks both by policemen and suspected state-sponsored thugs.
SERAP is urging the court to issue an injunction restraining Buhari and the other respondents sending their agents to “harass, arrest, detain or in any other manner infringing on the fundamental rights of peaceful protesters in the EndSARS/SARSMustEnd /ReformPolice protests or any other peaceful protest in Nigeria.”
The group asked the court to declare that Buhari has no legal right “using members of the Nigeria Police Force through the 1st and 2nd respondents, the military and other paramilitary formations to intimidate, threaten, ‘arrest’, beat, harass, shoot, kill and detain unarmed peaceful protesters in the ‘EndSARS/‘SARSMustEnd’/‘ReformPolice’ .”
It asked the court to declare such clamp down on protesters as a violation of Sections 33, 34, 35, 36, 39, 40 and 41 of the Constitution of the Federal Republic of Nigeria 1999 and Articles 4, 5, 6, 7, 9, 10 and 11 of the African Charter on Human and People’s Rights [Ratification & Enforcement] Act Cap. A9, Laws of the Federation of Nigeria, 2004.
Meanwhile, the military authorities have threatened to deal with thugs and miscreants disrupting the ongoing peaceful protests by #EndSARS campaigners demanding police reforms in the country.
The Defence Headquarters frowned on the violent attacks on the activists and warned the perpetrators to desist or face sanctions.
Some of the protesters were attacked and injured by thugs in Abuja and Lagos, last Wednesday.
About seven vehicles were also vandalised at the Berger roundabout, Wuse, Abuja.
But the Coordinator, Defence Media Operations, Maj-Gen John Enenche, in a statement, yesterday, stated that the military would not condone further attacks on the peaceful protesters.
The statement was titled, “Armed Forces of Nigeria and other security agencies assured Nigerians of their safety and stability of the nation, warn against violent protests in the country”.
It stated, “The Armed Forces of Nigeria and other security agencies have observed with dismay some violence-related protests across the country, particularly the increasing number of attacks on peaceful protesters by thugs and miscreants.
“This unfolding event against peace-loving Nigerians will not be condoned. Hence, thugs and miscreants are hereby warned to desist from engaging in violent activities against peaceful Nigerians henceforth, or face appropriate measures.”
The Military High Command encouraged citizens to go about their normal activities without fear of intimidation or harassment “as the Armed Forces of Nigeria and other security agencies are on ground for their safety.
“In clear terms, any attempt to undermine the democracy of our beloved nation under any cover will not be allowed,” the DHQ warned.
Earlier, while addressing Defence correspondents during the weekly briefing on ongoing security operations, yesterday, Enenche had condemned the attempts by some hoodlums to provoke the protesters.
Responding to a question on the planned nationwide protests against insecurity by the Coalition of Northern Groups, the coordinator said the military was concerned by the spreading civil disobedience.
He stated, “We are not worried but concerned and committed. You will become worried when you have remotely been involved; a lot has happened. You know that this thing (insecurity) has been ongoing for 40 years, as quoted by the authorities in Southern Kaduna. I want to say it is the same thing that happened all over the place.”
He explained that the armed forces were always reviewing its strategy and operations in line with the directives of President Muhammadu Buhari.