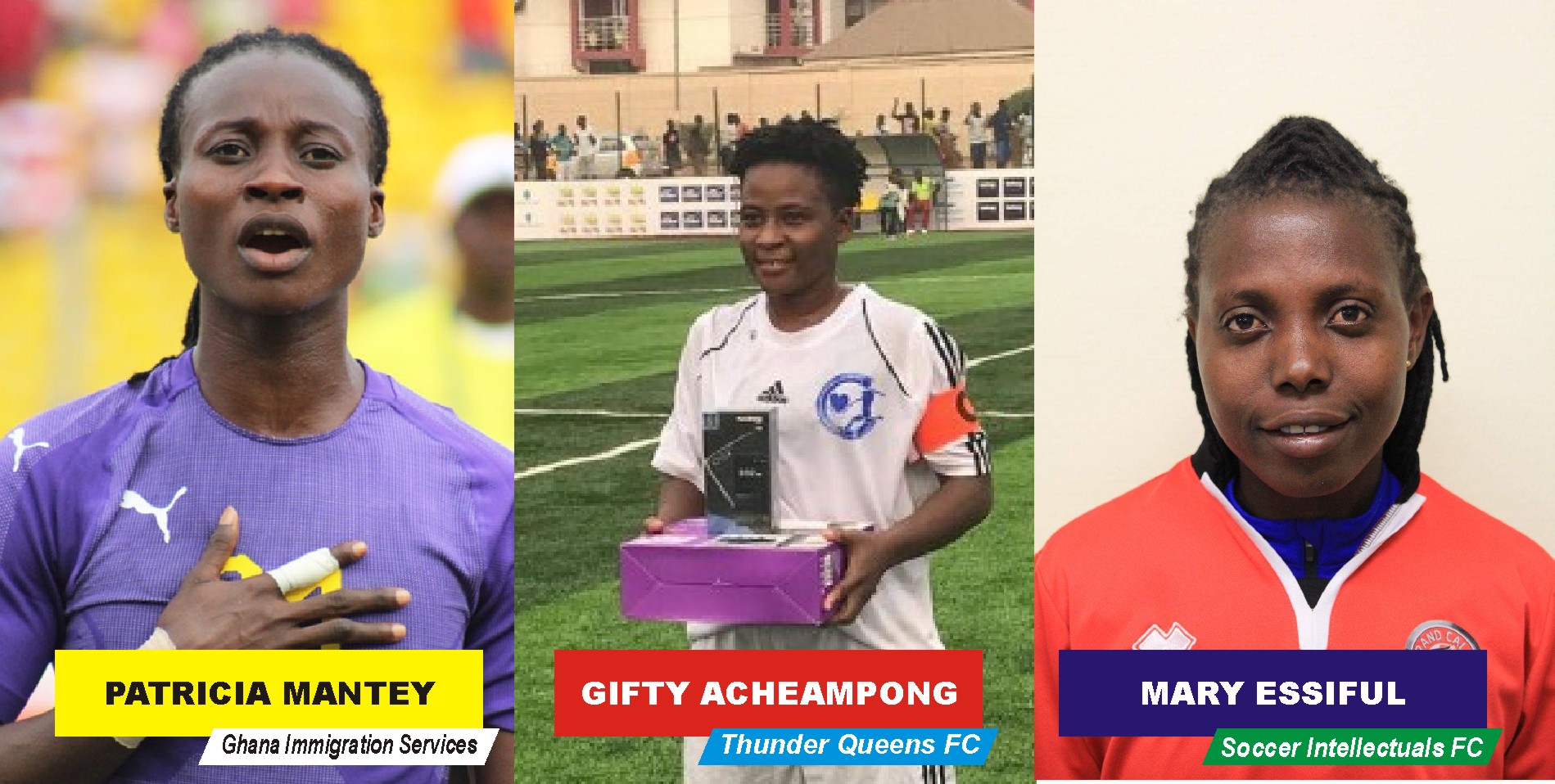 Rivers Angels Football Club of Port Harcourt, has completed the signing of three Ghanaian players ahead of the upcoming Nigeria Women Football League (NWFL) Premiership season.
Patricia Mantey (Ghana Immigration Services), Mary Essiful (Soccer Intellectuals Fc) and Gifty Acheampong (Thunder Queens FC), all agreed one-year deals with the NWFL defending Champions.
The trio are a goalkeeper, midfielder and centre forward respectively and they are expected in Port Harcourt, by next week.
One of the newly signed players, Acheampong expressed her delight joining the defending champions.
The 20-year-old player told Tidesports source that signing for the Port Harcourt side would give her more international exposure.
“I’ve been hearing so much about this team and have seen how consistent they’ve been every season.
“Their winning mentality is one of the reasons I decided to join them because I equally love winning.
“I’ve equally seen most of their players get bigger deals in the European scene which is the prayer of most players playing in the domestic league and I’m certain my stay here will give me more opportunities.
“I also intend to win a title or even more while I’m here with them”, said Acheampong.
Acheampong featured at the 2016 U-17 FIFA Women’s World Cup in Jordan where she scored 2 goals and had 1 assist in four matches.
The other two players; Mantey, 28, and Essiful, 27, are senior national team players with the Black Queens of Ghana and were in the team that hosted the Women’s Africa Cup of Nations in 2018.
In another development, Matilda Onyiloha-Otuene has been promoted to the post of General Manager of Rivers Angels FC.
Onyiloha-Otuene who has been Team Manager of the Jewel of Rivers for 12years was elevated to this position by the state’s Ministry of Sports on Tuesday.
While she served as Team Manager, she ensured the club remained at the top of their game every season and won trophies for the team.
Reacting to her latest position, Onyiloha-Otuene said  that she was grateful with the promotion and pledged to put in more efforts to take Rivers Angels to an advanced level.
“Firstly I want to thank the Commissioner of Sports, Honourable Boma Iyaye and the Permanent Secretary, Sir Honour Sirawoo for their continuous faith in me” Onyiloha-Otuene said.
“I promise never to take this privilege for granted because such only happens once in a lifetime.
“My goal for this club has always been winning and it hasn’t changed as I will keep working closely with the technical crew to ensure we achieve our target” she stated.
Consequently, all players and officials of Rivers Angels FC have completed their medicals as they prepare towards the commencement of the NWFL season.
The team is  comprised  of 35 players and 13 officials (technical and backroom staff) and were duly tested for Covid-19 and other health related examination and results for the dreaded disease came out negative as they await the announcement of football activities in the country by authorities.
Related Topics:
Up Next

Nigerians Should Have Patience With Rohr – Coaches