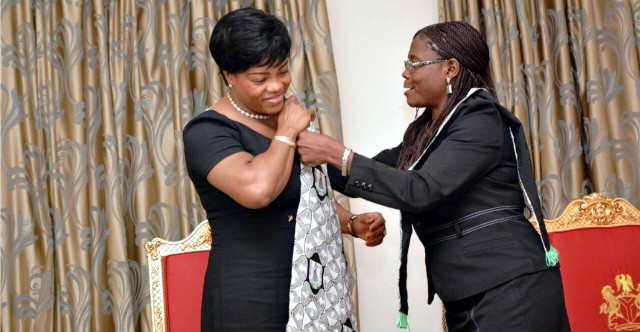 The International Federation of Women Lawyers (FIDA) has raised the alarm over rising insecurity in the country, as it urged the Federal Government to stem the situation.
The National President of FIDA and Country Vice President, Rhoda Tyoden, made the observation in a statement she signed together with the National Publicity Secretary, Eliana Martins, and made available to The Tide in Port Harcourt.
The body observed that, “The issue of security of lives and property in the country is of paramount importance, and the government must take steps in dealing with this menace daily plaguing our communities. All round Nigeria, the story is the same, and prompt cohesive action is required by government to save Nigerians”.
The women lawyers frowned at the incessant kidnapping incidence as they lamented the abduction of one of their members, Ms.Paulette Bisola Ajayi, at the weekend in Port Harcourt.
The statement reads, “FIDA Nigeria received the shocking and terrible news yesterday (Monday) of the abduction of her Rivers State Branch member, Ms Paulette Bisola Ajayi, by four fully armed men in front of her home in Port Harcourt.
“We join in calling for the prompt and safe release of Ms. Paulette Ajayi by her abductors, and appeal to the security operatives to put all machinery in motion to rescue this young and promising lawyer”, they declared.
The body appealed to the Rivers State Governor, Chief Nyesom Wike, to assist in the quest to release Ajayi through the instrumentality of the state.
The women lawyers further said, “Our hearts go out to her family, especially her mother, Mrs. Ngozi Kathryn Ajayi, a past vice chairperson and active member of the same FIDA Rivers State Branch.
“We also pray for her quick recovery as she was seriously brutalized while trying to save her daughter from the hands of the abductors”.
FIDA, however, commended the prompt action of the Nigerian Bar Association (NBA) through its National President, Mr. Olumide Akpata, who has already set up a six-member task force to support efforts towards the release of Ajayi.
The body also sought for the assistance of well-meaning Nigerians with key information on the whereabouts of Paulette Ajayi to come forward with the requisite information.
Meanwhile, the Rivers State Commissioner of Police, Joseph Mukan, has disclosed that preliminary investigation showed that the kidnappers of the female lawyer, Paulette Bisola Ajayi, had earlier kidnapped a man and used his car to kidnap her the same day at her residence.
Mukan, who also clarified that the kidnappers used military camouflage to abduct Miss Ajayi, said their identity has already been known to the security agency.
He made this known, yesterday, when members of the taskforce set up by the Nigerian Bar Association (NBA) to secure the release of the young female lawyer visited him in Port Harcourt.
The police boss, while addressing the members, said the police had intensified efforts to ensure the unconditional release of the female lawyer.
He, however, assured the members of the NBA that the police would do everything to provide security to every citizen, including lawyers.
Earlier, the leader of the NBA delegation, who is also the first Vice President of NBA, John Akpokpo-Martins, had informed the commissioner that they were in the state to collaborate with the security agency to secure the immediate release of their colleague, Paullete Ajayi.
Akpokpo-Martins, in his address, appealed to the CP to increase the search for quick unconditional release of their female colleague abducted two days ago in Port Harcourt.

Govs, AYF, Others Back SARS Ban