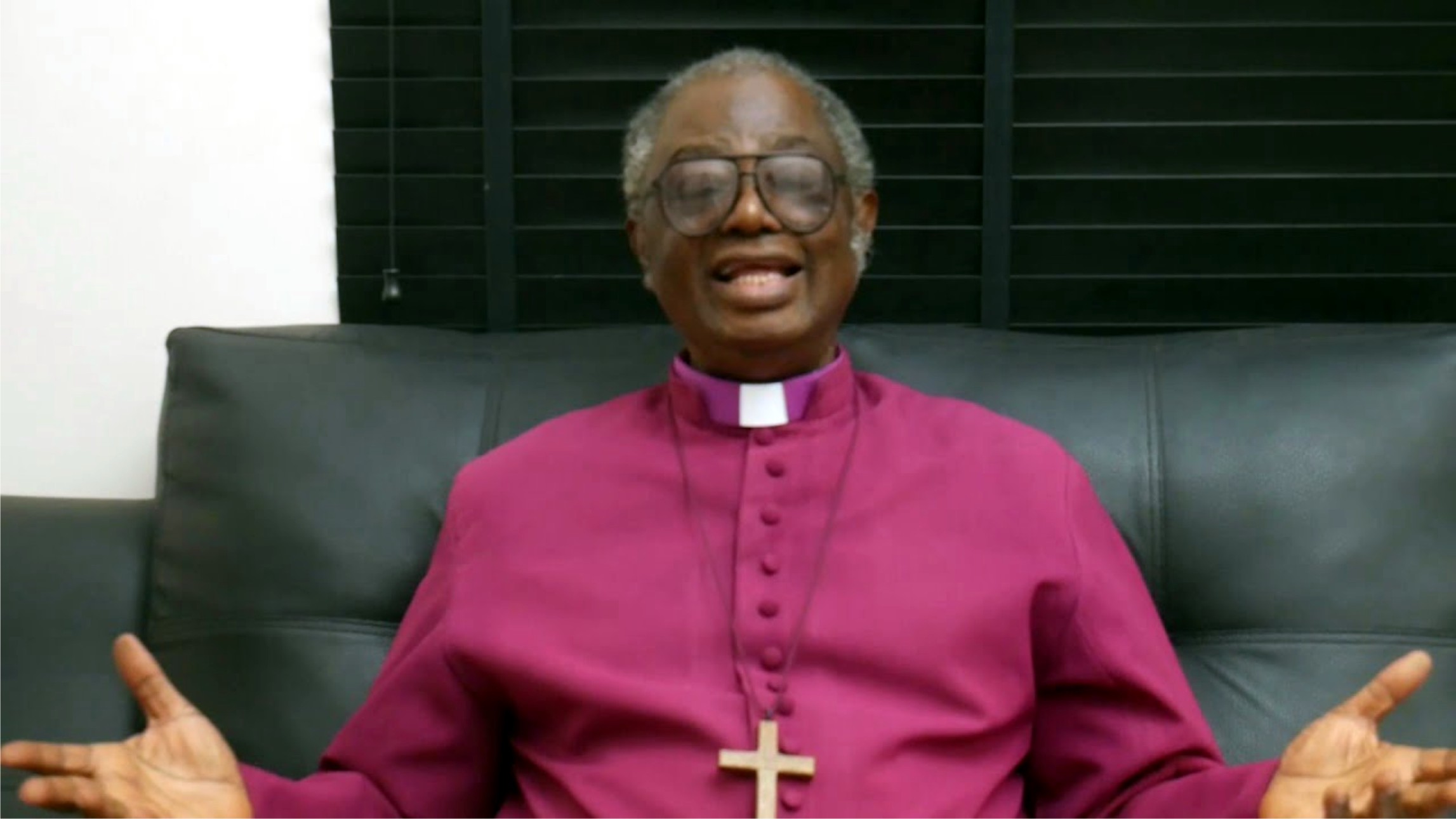 Archbishop, Province of Niger Delta, Anglican Communion and Chairman, Christian Council of Nigeria (South South), Most Rev. Tunde Adeleye, has chided the Federal Government over the Company and Allied Matters Act (CAMA) recently signed into law by President Muhammadu Buhari, describing it as a ‘hate action’ against Christianity and that “hate action is worse than hate speech.”
In a press conference in Calabar to mark the 2020 Synod of the church, the clergy man said CAMA was an indirect way of declaring war against Christianity and that many hate actions, including calculated killings of  Christians, particularly in the northern part of the country, were being perpetrated by people, who were bent on extermination of  Christianity in Nigeria.
“Hate action is worse than hate speech.
“Hate action is allowing people to carry out destruction of Christian communities, as is happening in Kaduna State and other places, without any form of arrest and prosecution.
“Hate action is allowing Calabar-Itu road and other roads to be in terrible state.
“Hate action is also in the form of CAMA they said, they passed into law.
“The federal government should be able to place more emphasis on hate action than hate speech,” he stated.
The Bishop insisted that the Act was signed in bad faith and meant to ridicule and humiliate the church; but declared that Christians in the country would fight the matter to its logical conclusion.
“There were issues in the past that were discriminatory against the church.
“This makes us to fear and believe that there is a large scale plan to deliberately cause problem, destruction and annihilation of the church.
“This law is seen, not only to be obnoxious, but also wicked in all forms and ramifications.
“It is unknown to accurate reasoning.
“It is an aberration for any institution such as the church (or even mosques) to submit and subject its accounts to the Corporate Affairs Commission.
“Christianity is not a political party.
“The church is not a company or institution for business.
The church is the House of God, the church is somebody’s spiritual wife. No one is against the government fighting corruption; wherever corruption may be found.  But CAMA, as it affects the church, is corrupt and immoral.
“It is against the Spirit of God,” Adeleke said.
The church leader further made case for federalism, saying that without it, ‘the episode of governors carrying caps in their hands to go and beg for money in Abuja will continue; the marginalisation of some parts of the country will continue.
Friday Nwagbara, Calabar
Related Topics:
Up Next