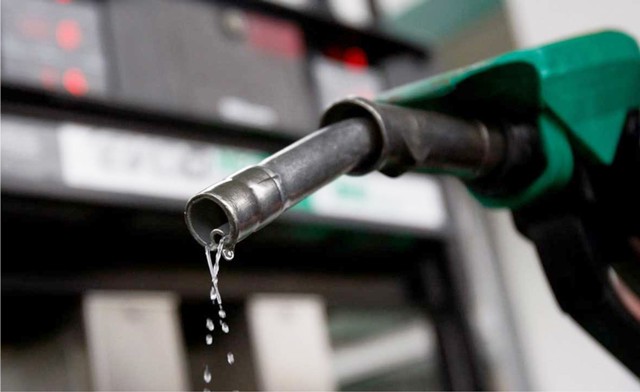 Buhari Thumbs Up For NLNG As NNPC Reviews Activities

The Nigerian National Petroleum Corporation (NNPC) held its head high as it commenced activities for the week following commendation from President Muhammadu Buhari for rallying shareholders to make Nigeria Liquefied Natural Gas Limited (NLNG) a company to reckon with.
Buhari who is also the Minister of Petroleum Resources gave the commendation at the ground breaking of the NLNG Train 7, recently.
He said that the NLNG had always been associated with success and had become a global company.
“The NLNG Train 7 represents another historic milestone in the history of NLNG. NLNG story has been associated with success,” he said.
The president also said that the NLNG had contributed 114billion dollars in taxes to Nigeria, and tthat with NLNG Train 7, there would be more jobs that would touch the lives of everyone particularly the host community.
He expressed joy how the NLNG had transformed from just a project to a very successful company in about 30 years.
The Minister of State for Petroleum Resources, Chief Timipre Sylva, urged all shareholders to work hard to ensure the successful completion of the project which he said would boost government’s efforts to make Nigeria a fully industrialised nation.
Sylva also said the project would help the nation’s gas development aspiration.
NNPC’s Group Managing Director, Mallam Mele Kyari, that there was consensus among shareholders and board members to take the next step towards providing additional capacity which should be greater than what was on ground.
The NNPC GMD thanked President Muhammadu Buhari for his quick intervention which ensured the eradication of all pre-existing stumbling blocks on the path of NLNG Train 7 project
Also in the week under review, Minister of State for Petroleum, Sylva commended President Buhari at a ceremony to mark the execution of Shareholders Agreement between the NNPC, the Nigerian Content Development & Monitoring Board (NCDMB) and Zed Energy.

Managing Director Total Nigeria, Plc, Mr Imrane Barry, says removal of petrol subsidy will help government to redirect its earnings to support infrastructure development for economic growth and development.
Barry made this known when he featured on a roundtable on Downstream and midstream at the Nigeria International Petroleum Summit (NIPS) in Abuja.
He spoke on the topic “The down/midstreams: Paths to the future through holistic and integrated solution”.
He said that signing of the Petroleum Industry Bill would help to unbundle the oil and gas industry and encourage development, private investment and create jobs.
“The petrol subsidy regime costs the country approximately 2.6 billion dollars (N1 trillion) per year and the country can no longer afford it.
“The removal of the subsidy will allow government direct more of its earnings towards infrastructure and social development,” he said.
He said that since government had declared decade of gas, there was need for Investment in Natural Gas.
He added that government needed to continue to push policies that would favour private participation and investment in the gas value chain, production, storage and distribution.
“Also, government needs to give incentives for investors in the sector, tax rebates etc to encourage long term participation.
“In the B2C sector, the government should put in  place incentives for customers to switch from white fuels to gas powered machines for road transportation.
“They should continue investment in the nation’s critical infrastructure that aids trade and commerce,’’ he added.
He further called for the fixing of Apapa ports and other ports in Nigeria, development of interstate road network, fixing of rail lines for human and cargo transportation
Commenting on impact of COVID-19 pandemic to global oil market, he said that it made the market volume shrank by 30% while margins became weak(Losses) with aviation sector mostly affected for the following reasons.
He added that the global economy was badly affected generally due to airport closure, drop in international prices of jet fuel platts which , led to a huge loss in aviation business due to contractual agreement with international airlines coupled with large amount of “old stock” in tank.
“PMS is a regulated product, with the price fixed by the government; resulting in fixed margins.
“The devaluation of the Naira from N360 to N380 during the pandemic, coupled with rising inflation in the country further eroded this “fixed margin” for the players in the downstream sector,” he said
He urged government to ensure speedy passage of the PIB to help the sector play its part effectively.