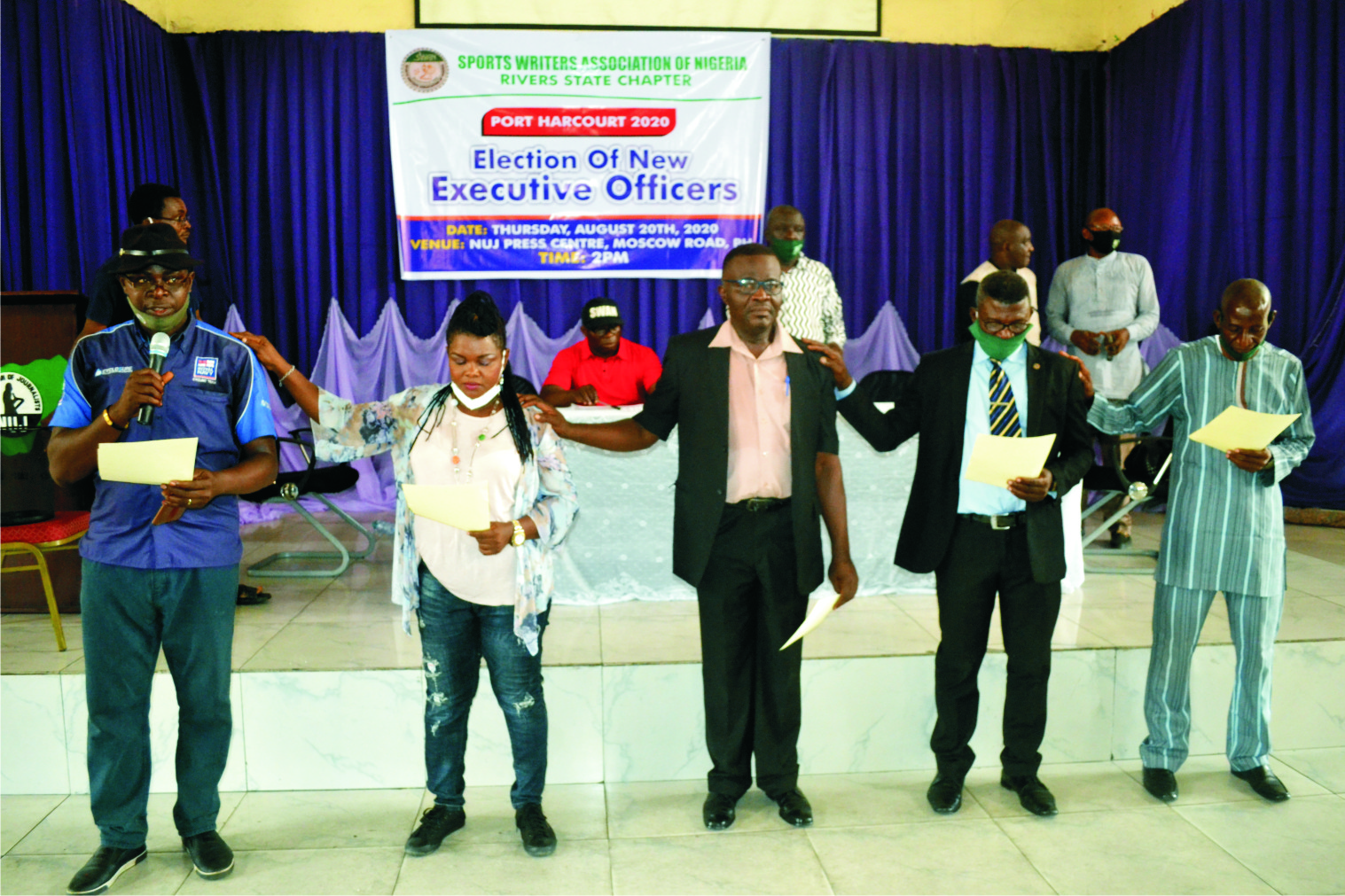 The South-South Vice Chairman of Sports Writers Association of Nigeria (SWAN), Bonny Nyong, has advised the newly elected executive of SWAN, Rivers State Chapter to rebrand and carry every member along.
He further advised the newly elected Chairman, Jim Udede-Opiki to allow every officer function and not to usurp other officers function.
Nyong gave the advice yesterday shortly after the newly elected officers took oath of office, at Nigeria Union of Journalists (NUJ) Secretariat, Moscow road, Port Harcourt.
“Mr Chairman, today you have been elected as the Chairman, but remember, other officers too are elected, allow every officers to function in their various positions.
“Bring every member together, to enable SWAN Rivers wax strong and vibrant,” Nyong said.
In his acceptance speech, the newly elected chairman, Jim Udede-Opiki, thanked all members for the confidence reposed in him, and pledged to run all inclusive administration.
He thanked members for their support, saying that without members he cannot function as Chairman.
“I use this opportunity to thank members and promise to bring all members together to move SWAN Rivers forward.
“We will work as a team. I know, I cannot work alone. There is no losers in this election, everybody is a winner,” Opiki said.
Other officers elected are Sarah Davids as vice Chairman, Chukwudi Ejimofor, secretary, Solomon Wokoma, treasurer and Barth Ndubuwu emerged as financial secretary.