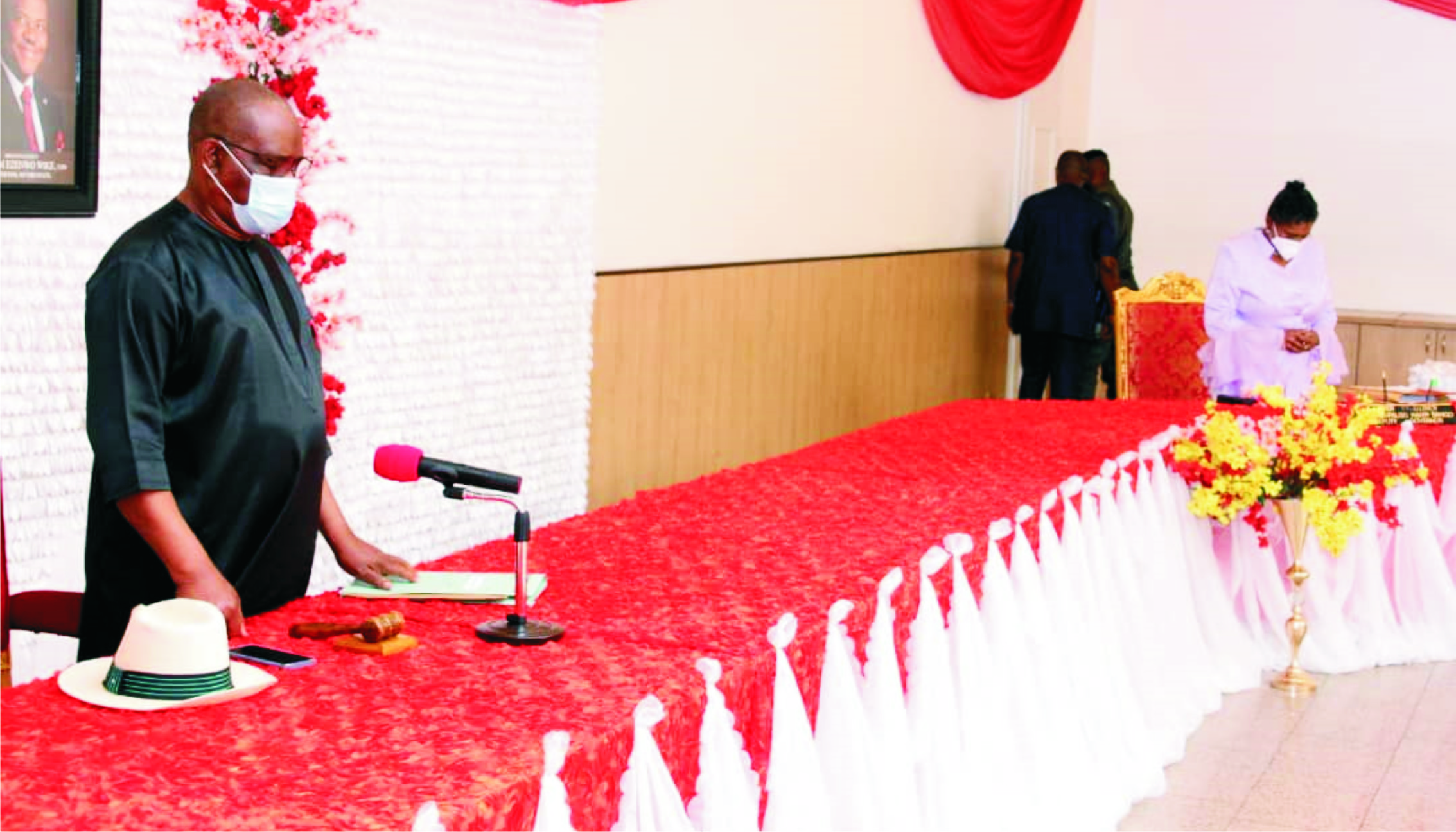 The approval of the Woji-Aleto-Alesa road construction by the Rivers State Executive Council, has been described as a welcome development, judging by its economic importance to the people upon completion.
This was made known by Eze Gbakagbaka, King Leslie Eke, in an interview with newsmen at his palace in Woji, Obio/Akpor Local Government Area (LGA), yesterday.
Eze Eke pointed out that the road would be of immense economic importance to the entire state and businesses due to its strategic linking to some economic areas of the state.
The traditional ruler, who is also the Nyerisi Eli Woji and Eze Oha Evo III of Evo Kingdom, said the road would help in bringing development to the area.
According to him, the crisscrossing of a virgin forest as planned, would not only evoke development in the affected place, but would tackle the issue of unemployment.
“The contract for the construction of the road linking, Woji-Aleto-Alesa to Port Harcourt, is a noble one. I think, it has the capacity to address unemployment and other economic challenges”, he said.
Another possible gain of the road, was easy access to the Port Harcourt Refinery, which according to him, deserved better economic attention.
Earlier, he warned hoodlums who may pose under whatever guise not to attempt disrupting the job from Woji axis, as such would be grossly and severally resisted by the palace leadership.
While appreciating Governor Nyesom Wike, over his sworn determination to permanently transform the state, he assured of his people’s undiluted support throughout his administration.
It would be recalled that the State Executive Council meeting presided over by Governor Nyesom Wike on Wednesday, August 19, 2020, approved the Woji-Aleto-Alesa road project which will cost about N9.6 billion, as announced by the Commissioner for Information and Communications, Pastor Paulinus Nsirim.

5G Now At 97% Completion, As NCC Moves To Auction Spectrum

The Nigerian Communications Commission (NCC) has said that the plan for deployment of Fifth Generation technology in the country has gotten to 97 per cent.
Executive Vice Chairman of NCC, Prof. Umar Danbatta, disclosed this at the annual African Tech Alliance Forum with the theme ‘Embracing changes and digital transformation in the new normal’.
According to a statement titled ‘NCC update on plans for 5G deployment’ issued  by the NCC’s Deputy Manager, Public Affairs, Kunle Azeez, the commission stated that some spectrum would be auctioned.
“Already, we are set for the auction of some spectrum slots in the 3.5GHz band. The other day, I was at the National Assembly, I informed the Senate that we were 95 per cent ready for 5G.
“Today as we speak, I am delighted to tell you that we are already at 97 per cent completion.
“The committee set up to auction the spectrum has already developed an information memorandum which is already published for inputs and comments from all industry stakeholders.
“Prior to this, a 5G deployment plan was developed and we have since secured the Federal Government’s approval”, the commission stated.
The commission also explained that because of the Covid-19 pandemic, almost every means of communication became virtual, which led to an increase in network connectivity requirements as a result of unprecedented upsurge in internet traffic.
Danbatta added that even though the network infrastructure in the nation demonstrated some capacity to contain the surge in internet traffic, a lot of work was being done by the commission to boost network capacity, sensitise the public and ensure accessibility to affordable connectivity.
“Emerging technologies such as 5G, which NCC is driving aggressively in Nigeria, Internet of Things; Cloud Computing; Quantum Computing Augmented/Virtual Reality, and similar emerging technologies are playing a critical role in improving remote communication over the internet with great user experience.
“The NCC is committed to promoting this inevitable change and enhancing user experience through effective regulation of the telecoms sector”, he stated.