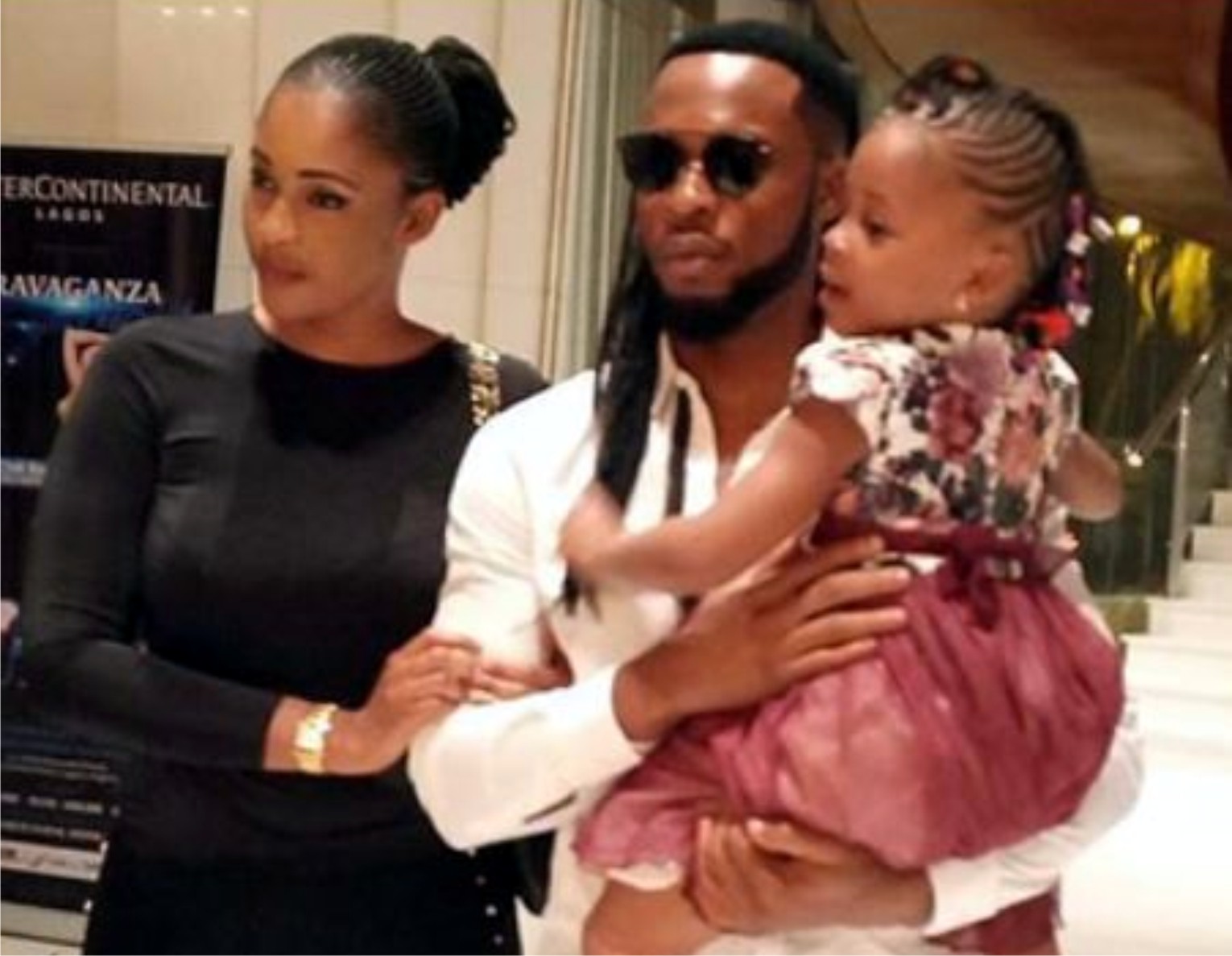 Singer Flavour has allegedly paid the dowry of his first baby mama, ex-Beauty Queen, Sandra Okagbue.
According to The Tide source the event which was discreet, held yesterday at the bride’s family house in Onitsha, Anambra State.
The couple have two kids together while Flavour has another with Ex-Beauty Queen, Anna Banner.
Flavour’s music career success cannot be written without making mention of all the women he has been involved with.
From his first known relationship after he became a celebrity to his latest love interest, Flavour has always had one woman for every particular season in his life. – They are:
Beverly Ukegbu
One beautiful lady who was linked to Flavour was Beverly Ukegbu. Popularly known as Beverly ‘Heels’, she is one fine lady who has a degree in Broadcast Journalism from the University of Houston in the United States of America.
She is also a singer and a dancer. She was rumoured to have been engaged to Flavour back in 2012.
Anna Banner
Anna Banner is the second known celebrity and beauty queen to have dated Flavour. The two started dating a year after she won the Most Beautiful Girl in Nigeria  (MBGN) beauty pageant.
The relationship was the talk of the town for a while and even became more intense when the news broke that she was pregnant. She welcomed her first daughter with the singer the following year. She still has a cordial relationship with Flavour.
Sandra Okagbue
Flavour’s first relationship with a beauty queen was in 2014 when he started dating Sandra Okagbue. Okagbue shot into limelight when she took part in the Miss Delta Soap beauty pageant in 2010. She won the pageant and became a popular face on the cover of magazines and billboards around the country.
They welcomed their first daughter together a year later.Sandra and Flavour have been in an off and on relationship.
They welcomed their second child in 2018. In August 2020, it was reported that the two got engaged traditionally at Okagbue’s home town, Onitsha
Juliet Oluchi Ehiemere
Ehimere, unlike most of the ladies on this list, is not a celebrity or public figure.
Her relationship with Flavour can be described as controversial and quite a mystery. Little or nothing was known about Ehimere until November 2019, when she took to Instagram to reveal her relationship with Flavour.
According to her, she met Flavour far back in 2015 and later welcomed their daughter together. She claimed that the music star has refused to take care of their child and demanded a DNA test.
Chidinma Ekile
The most popular person on this list is music star, Chidinma Ekile. Although neither of them has ever confirmed this relationship, they have been constantly linked together.
The two have been spotted together at several events and they haven’t made it easy with their suggestive photos on social media.
Professionally, they have been no doubt about their partnership with several collaborations on songs including, ‘Oh Baby,’ ‘Ololufe,’ and ‘Mma Mma.’
Onyinye Onungwa
Onyinye Onungwa is probably the first lady to be linked to Flavour immediately he became famous. She, however, claimed she was in a relationship with Flavour before he moved on to other women including, Banner and Okagbue.
She pulled a stunt years ago when she wrote a letter to a blogger calling out one of Flavour’s girlfriends. According to her, what she had with the music star was ’Unbreakable.’