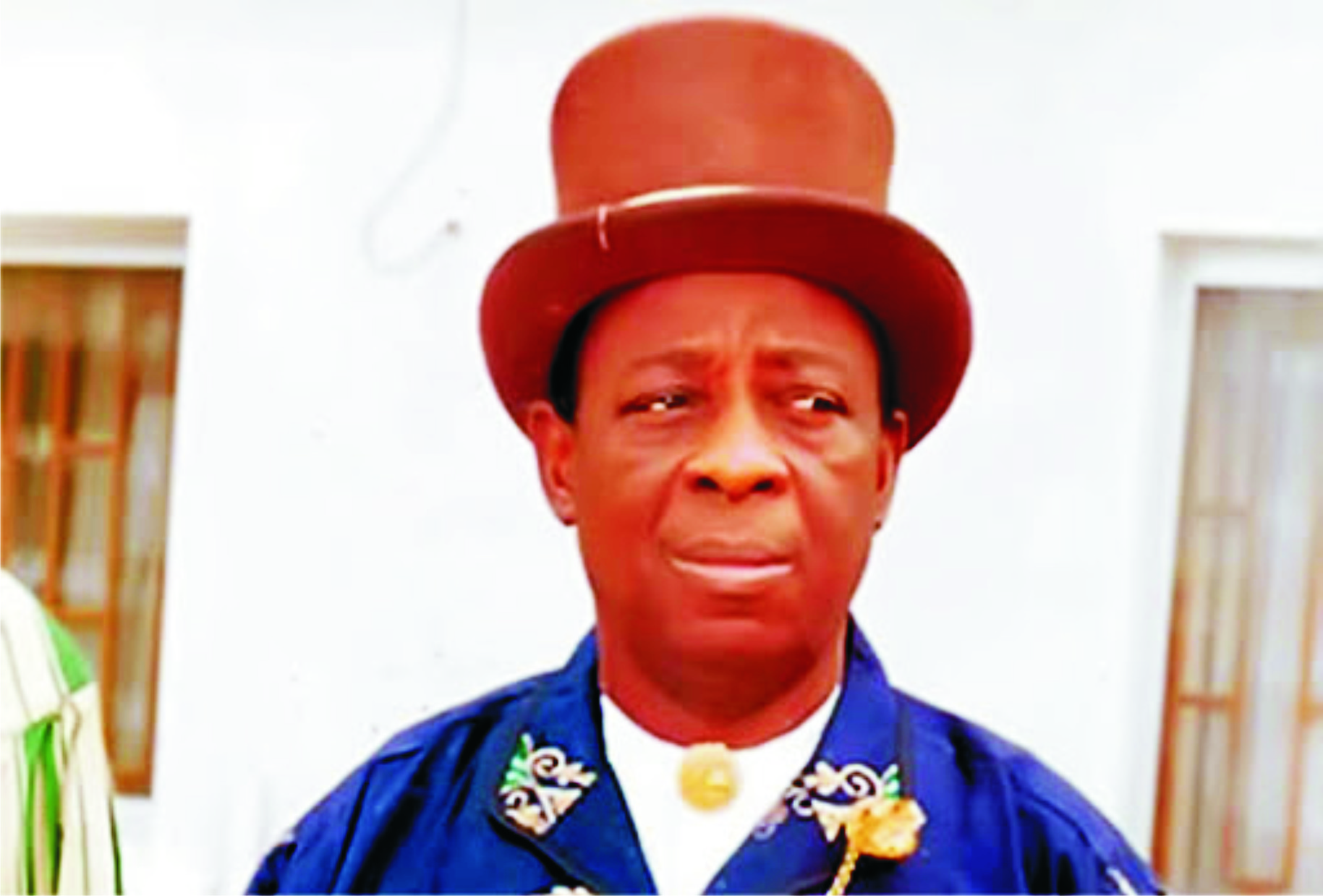 Entertainment like culture is a vital tool that unites a people, this was the case when the Legacy Global Concept, organisers of the Face of Wakirike put together a beauty peagent which began at Henrose Hotel, Orupabo Ama, Okrika Local Government Area recently.
Speaking on the effort made to organize this beauty peagent competition, Mr Godknows and Miss Glory Mark whilst on a thank you visit to the Amanyanabo of Okochiri Kingdom, King Ateke Tom at Okochiri and Aman-yanabo of Fimie Kingdom, King Bernard Ibiateli Fimie in Fimie -Ama on the 1st of January, 2021 disclosed that this beauty competition was proudly sponsored by these royal fathers in Wakirike Clan without which the organizers would not have succeeded.
According to them, other sponsors of the beauty peagent were Amanyanabo of Ogu Kingdom, King Nicholas Ibiebele Nimenibo and Comrade Tamuno-omie Daye (Aka) Otalo.
They said the Face of Wakirike Beauty Peagent started with a rally at Okrika on December 18 and the camping began on the 20th and ended on the 27th of December, 2020, which was the grand finale.
The director further revealed that 30 contestants took part in the audition from where 26 were selected and finally 16th contestants qualified for camping of whom 8 queens were crowned.
Miss Glory Mark (alias) Bosslady praised the queen of Okochiri , Darling Dango of Okochiri Kingdom, who partnered with the organ-isation to make Face of Wakirike a huge success being her pet project.
She said that the event witnessed the final selection of the Face of Wakirike at the Local Government Multi-Purpose Hall, Okrika. The Winner of Face of Wakirike is Miss Esther Johnson, the 1st Runner up is Miss Lolia Ibinabo Fimie, Face of Wakirike Ambassador and the 2nd runner up is Miss Adumo Smart Margaret as Face of Wakirike Tourism.
The Queens were advised to maintain very high moral standard in their actions and reactions in the society and be studious in their academic pursuit even as the organizers encouraged them on their various pet projects.
Earlier, the sponsors of the Face of Wakirike Tagged “Empowerment Edition”, royal fathers of Wakirike clan had collectively agreed that the sole aim of this year’s edition is to foster unity, love, understanding and peace among the people of Wakirike Clan.
In another development, the Legacy Global Concept and the beauty peagents during their courtesy visit to the King of Fimie Kingdom in his palace at Fimie Ama were received by women of the kingdom who rendered songs to the glory of God, chiefs, elders and opinion leaders and the Chairman, Amadi-Ama Community Elder Steve Fimibuma withnessed the epoch making ceremony.
In his speech, Chief Solomon, Iringe-Koko of Amadi Kingdom Trans-Amadi, Port Harcourt, on behalf of Amanyanabo of Amadi Kingdom, Sir Bright Josiah Koko thanked the royal fathers and the organizers of this beauty peagent for their foresight to unit and maintain the peace in the land of Wakirike, and prayed for the sustenance of the event.
He then advised the queens, who are students of various higher institutions, to take their academic work seriously.

The yeare 2020 proved to be a year like no other but somehow we made it through with considerable help from television.
From reality shows to comedy and drama, here are 10 Nigerian titles that emerged the most popular with Nigerians on Showmax in 2020.
A Thousand Ways To Break A Cheating Man
We’re kicking things off with the Bimbo Ademoye (‘Sugar Rush’, ‘Love is Yellow’) and Uzor Arukwe (‘Sugar Rush’, ‘Unbroken’) movie, ‘A Thousand Ways To Break A Cheating Man’.
A woman who has been hurt by love in the past takes her revenge on a player to teach him a lesson but the unexpected happens.
Big Brother Naija Lockdow Unarguably Nigeria’s biggest reality show, ‘Big Brother Naija’ has amassed millions of followers in Nigeria and beyond through the years. In 2020, the Lockdown- season broke the Showmax live-streaming record, becoming the most-watched live entertainment content ever on the streaming service.
Come February, BBNaija Lockdown winner Laycon is set to star in the first-ever Showmax Nigeria original, ‘I Am LAYCON’.
Dirty Laundry
A lady who gets dumped after catching her boyfriend cheating goes on the ultimate revenge spree.
The movie stars Nollywood veteran Zack Orji (‘3 Wise Men’, ‘Half of a Yellow Sun’), Kalu Ikeagwu (‘Living in Bondage’, ‘Unmarried’) and Shaffy Bello (‘The Men’s Club’, ‘Chief Daddy’).
Enakhe
Set in Benin City, ‘Enakhe’ tells the story of a rebellious daughter who, after the sudden death of her father, is forced by circumstances to grow and become the leader of her extended family and the family’s criminal empire.
The hit telenovela stars Alex Usifo (‘Battle of Musanga’, ‘A Soldier’s Story’), AMVCA winner Ivie Okujaye (‘Slow Country’, ‘Hote Majestic’),- Lancelot Oduwa Imaseun- (‘Games Men Play’, ‘Invasion 1897’) and Lota Chukwu-(‘Ajoche’).
Halita
The show tells the story of 19-year-old Halita, a village girl forced to move to the city and work as a maid in the powerful Zam-ani household. Her time with the Zamanis is highly eventful as she navigates her way between her fellow domestic staff and the Zamani family to earn her place in the residence.
The show finale aired in September 2020, with fans taking to social media to say their goodbyes. All episodes of ‘Halita’ are currently available for binging on Showmax.
Love Is Yellow
AMVCA 2020 Best Actor winner Timini Egbuson teams up with Bimbo Ademoye for this hit movie directed by Kayode Kasum.
Oladayo is a tech entrepreneur based in Lagos, who finds himself at the mercy of his sabotaging bosses while in pursuit of his dreams. The movie also stars Mofe Duncan
Mercy & Ike
Big Brother Naija Pepper Dem winner, Mercy Eke, and her beau, Ike Onyema, kept us entertained with their antics in the house so it’s only fitting that the feisty couple now have their very own reality show.
‘Mercy & Ike’ follows the lives of the reality TV couple as they deal with the pressures of life outside the BBNaija house. The show remains a hot favourite for fans and even birthed the now popular phrase ”relass and be taken kiaruf”.
My Flatmates
One of Nigeria’s longest-running comedy shows, ‘My Flatmates’ follows a group of friends who share an apartment as they navigate their way through their chaotic lives.
Produce by comedian Bright Okpocha aka Basketmouth and  Kayode Peters, ’My Flatmates’ continued to remain very popular amongst Nigerians in 2020.
Riona
‘Riona’ tells the story of a village under siege and a king who does everything he can to stop a dark prophecy from coming to pass.
The hit telenovela stars Big Brother Naija season 1 housemate Frank Kowea as King Ofotonku. Also starring are Michelle Dede from ‘Unbroken’, Elvina Ibru (‘Bling Lagosians’), Mimi Chaka (Tumini in ‘The Men’s Club’) and Big Brother Naija Season 4 housemate, Jeff Nweke.
The Johnsons One of Nigeria’s most loved family comedies, ‘The Johnsons’ remained a hit with fans in 2020.
The Johnsons follows the lives of an average Nigerian family and the challenges they face.The star-studded cast includes Osita Iheme, Ada Ameh, Charles Inojie and Olumide Oworu.

Wizkid, Burna Boy, Davido Expected To Walk Down The Aisle In 2021?

In 2013, the Nigerian entertainment scene was agog for many months following the pre and post-wedding ceremony of one of the country’s most decorated and most loved music acts, 2face Idibia. He exchanged vows with actress and manager, Annie Macaulay.
Four years later, the entertainment scene came alive when melodious singer and record label executive Banky W exchanged marital vows with sterling actress, Adesua Etomi in November 2017.
It’s four years after the last biggest wedding on the entertainment scene and tongues are already wagging about who will walk down the aisle among Burna Boy, Wizkid, and Davido. The year 2020 ended with three of Nigeria’s biggest music exports, Wizkid, Burna Boy, and Davido, enjoying a sizzling and stable romance with their partners.
The trio took time out in 2020 to enjoy private moments with their partners. And in December 2020, in far away Accra, Ghana, fans and industry heads caught a glimpse of Burna Boy mesmerising his bi-racial partner, Stefflon Don, as well as Wizkid being enchanted by his Brit partner, Jada P.
Here’s all you need to know about the juicy details of the trio’s romance in the last two years as they leave us waiting for at least one glamorous wedding in 2021.