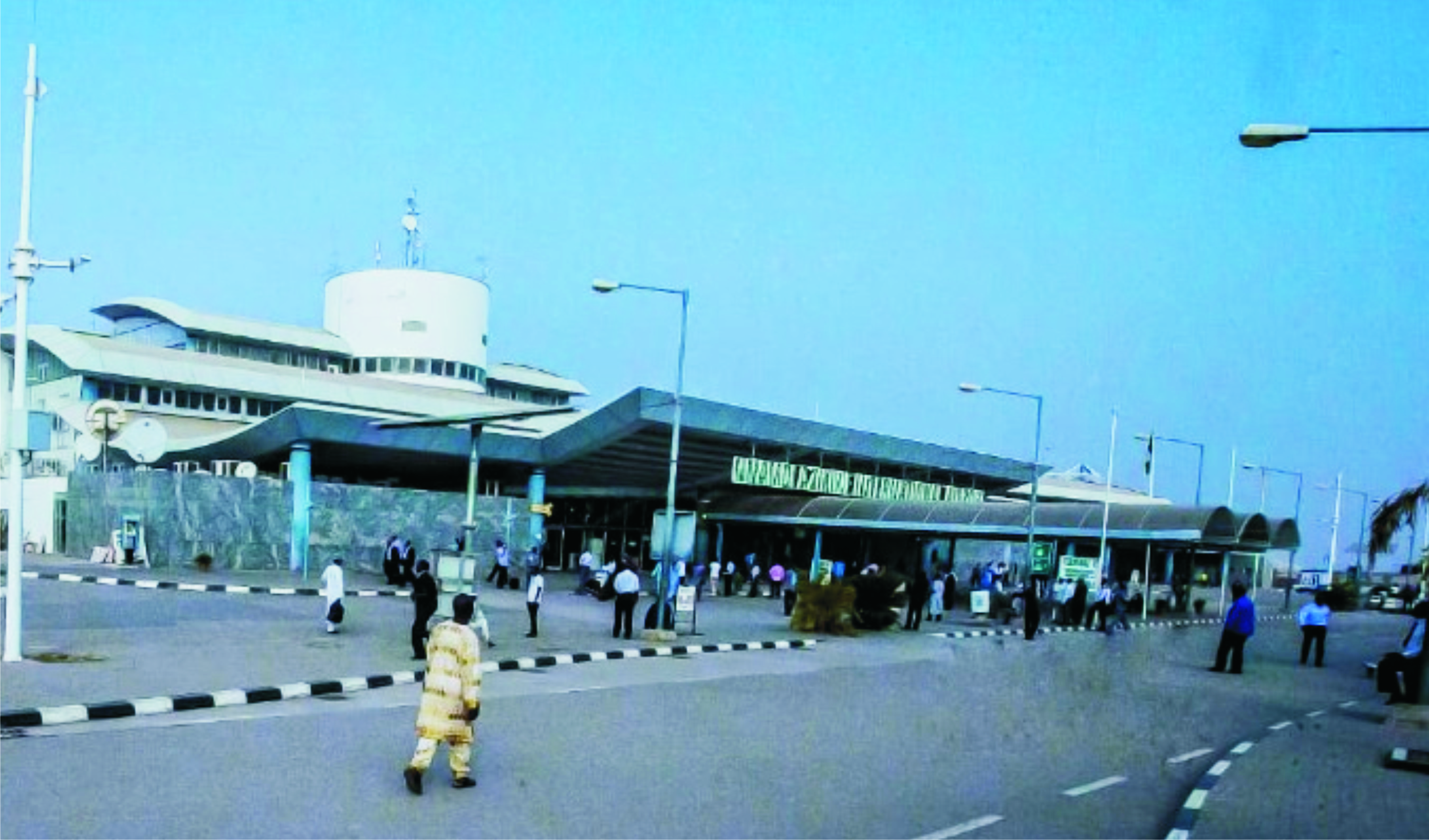 The Federal Government has cleared another four airports to resume commercial flight operations in line with the COVID-19 safety and security protocols.
The Minister of Aviation, Hadi Sirika, made the disclosure, saying ministerial approvals in and out of the airports would no longer be required.
The new entrants are Sultan Abubakar Airport, Sokoto, following its approval on July 19. Birnin Kebbi Airport resumed on July 20, while Yakubu Gowon Airport, Jos; and Benin Airport, Benin, were given approvals to resume operations on July 24.
The Minister, via his Twitter handle, said the recent approvals brought the total number of certified airports to 14.
“I am glad to announce that the following airports are open for full domestic operations, hence ministerial approval in and out of them is not required. This includes private and charter operations. We will keep you informed on the remaining airports in due course,” he stated.
Sirika recounted that the Murtala Muhammed International Airport, Lagos, and Nnamdi Azikiwe International Airport, Abuja, were approved for domestic operations on July 8.
Mallam Aminu Kano International Airport, Kano; Port Harcourt International Airport, Omagwa; Sam Mbakwe Airport, Owerri; and Maiduguri Airport, Maiduguri, resumed on July 11.
Similarly, Victor Attah Airport, Uyo, opened on July 15, while Kaduna Airport, Kaduna; Yola Airport, Yola; and Margaret Ekpo Airport, Calabar, have also opened.
Apparently taking advantage of more airports’ operational status, Arik Air resumed flight operations to the Mallam Aminu Kano International Airport, Kano, and Yola Airport today. Both services will originate from the Nnamdi Azikiwe International Airport, Abuja, with connections to and from Murtala Muhammed Airport, Lagos.
Public Relations and Communications Manager of the carrier, Adebanji Ola, confirmed the schedule.
The airline will operate separate flights from Abuja to Kano and Yola. Flights from Abuja to Kano will operate four times weekly, while flights from Abuja to Yola will operate three times weekly.
Passengers travelling from Lagos can connect seamlessly to these services from Abuja. 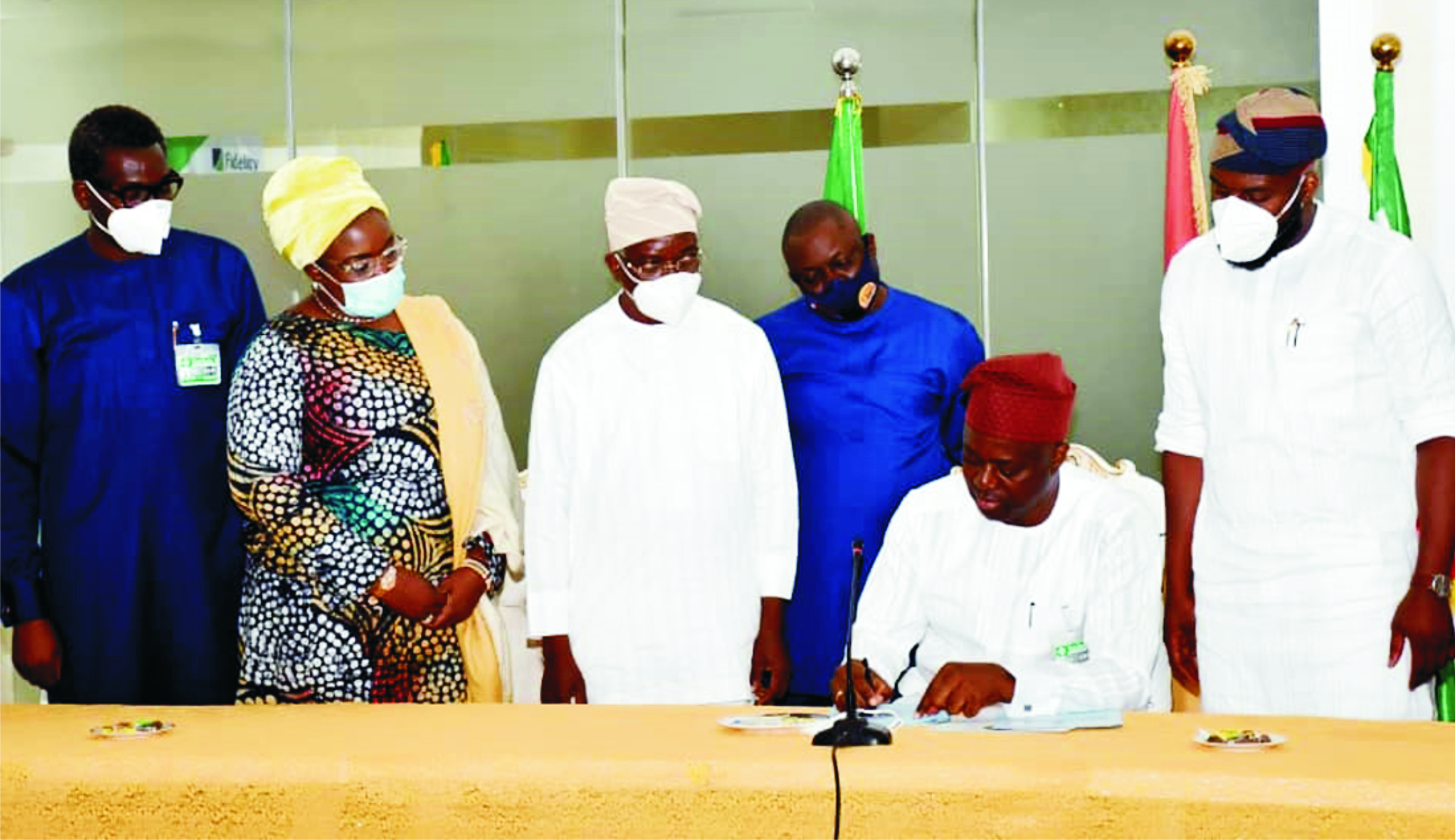 The State of Israel and Nigeria on Wednesday signed bilateral agreement in the field of green energy development.
The agreement was the outcome of a closed door meeting between Mr Yotam Kreiman, Deputy Head of Israeli Mission to Nigeria, Dr Ogbonnaya Onu, Minister of Science and Technology in Abuja.
Yotam told newsmen that “Dor” Group is one of the leading companies in Israel in the field of energy.
He expressed appreciation to both the Dor partners and the ministry over success of the signing of the agreement.
According to him, the company had excelled in production of methanol as a safe, clean and green substitute for fuel in Israel and now in Nigeria.
Yotam said: “Both Dor and the diplomatic relations and friendship between Israel and Nigeria are now 60 years old.
“The process that brought us today has neither been short nor simple, after many test and checks of possibilities and probabilities, it is commencing.

“Israel is happy to bring technologies and knowledge to Nigeria, especially in this dire time, when job opportunities are scarce and much needed.
“We believe this project will change the future of Nigeria and Africa in general, particularly when it comes to green, clean energy.
“We know West Africa region looks up to Nigeria and we are happy to celebrate the beginning of this bilateral relation.”
He extolled Onu and other partners of Dor in Nigeria for their belief in the project to have contributed to the success of the agreement since the inception, meanwhile, Onu commended Israel’s remarkable achievements in the development of technology. According to him, Israel had always excelled in whatever they set their minds on and thereby commended the signing of the bilateral agreement as a win-win situation for both countries. 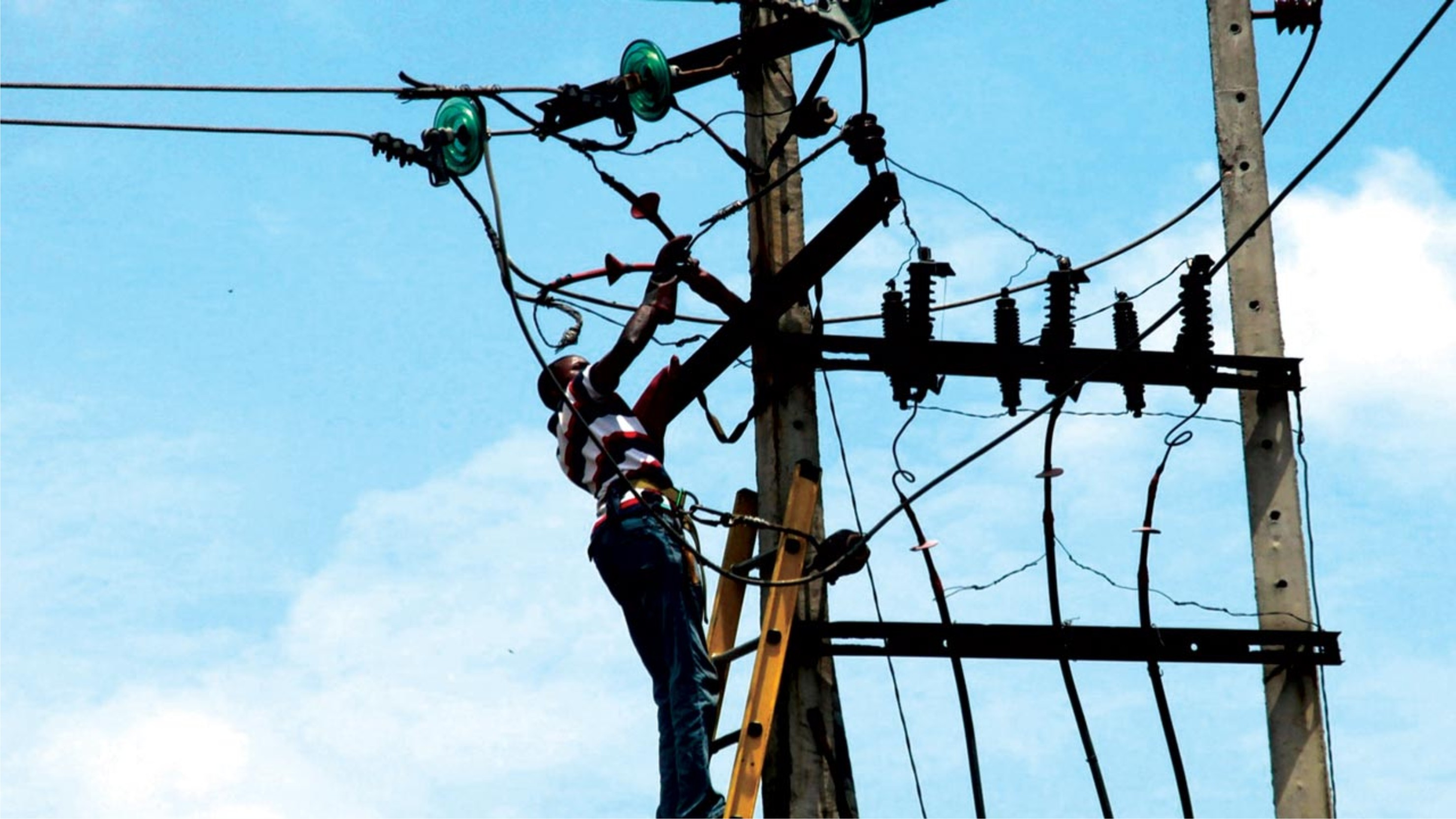 An energy expert,  Engineer Samuel Kwelle has called for more drastic reforms in the power sector to address the energy needs of the people.
Kwelle who spoke with The Tide in an exclusive interview in Port Harcourt recently, said  states and local governments across the country should be encouraged to invest in the power sector to meet up the power need of the people.
He pointed out that placing power generation on the exclusive list of Federal Government was not in the best interest of the people as: “Only the full liberation of the Sector can raise productivity in energy generation and consumption. There is need for an indigenous driven power policy where Nigerian experts will be given the opportunity to make key inputs.
States and local governments should also be encouraged to seek effective measures of providing power for the majority of Nigerians domiciled at the rural area,” the Technical Secretary of Port Harcourt branch of the Nigeria Society of Engineers pointed out. The key to industrialisation and economic development of any society is the efficiency of the energy sector, any society that depends on generator to drive its economy will fail. What is required for Nigeria to spin on into the global economy is to upgrade its power sector to tackle  the peculiar power needs of the people, this requires drastic reforms divestment, Nigeria is yet to explore its potentials in renewable energy.”
He emphasised that the Federal Government should encourage the States and other stakeholders and entrepreneurs to be actively involved in, “power sector service delivery and development.”
Kwelle, who is a Senior Member of the American Institute of Chemical Engineers, said the development of renewable energy and the non oil sectors should be given priority attention adding that fossil oil was becoming obsolete as the global  economy was geared towards the non oil sectors.
He also stressed the need to explore alternative sources of energy for power generation such as renewable energy. 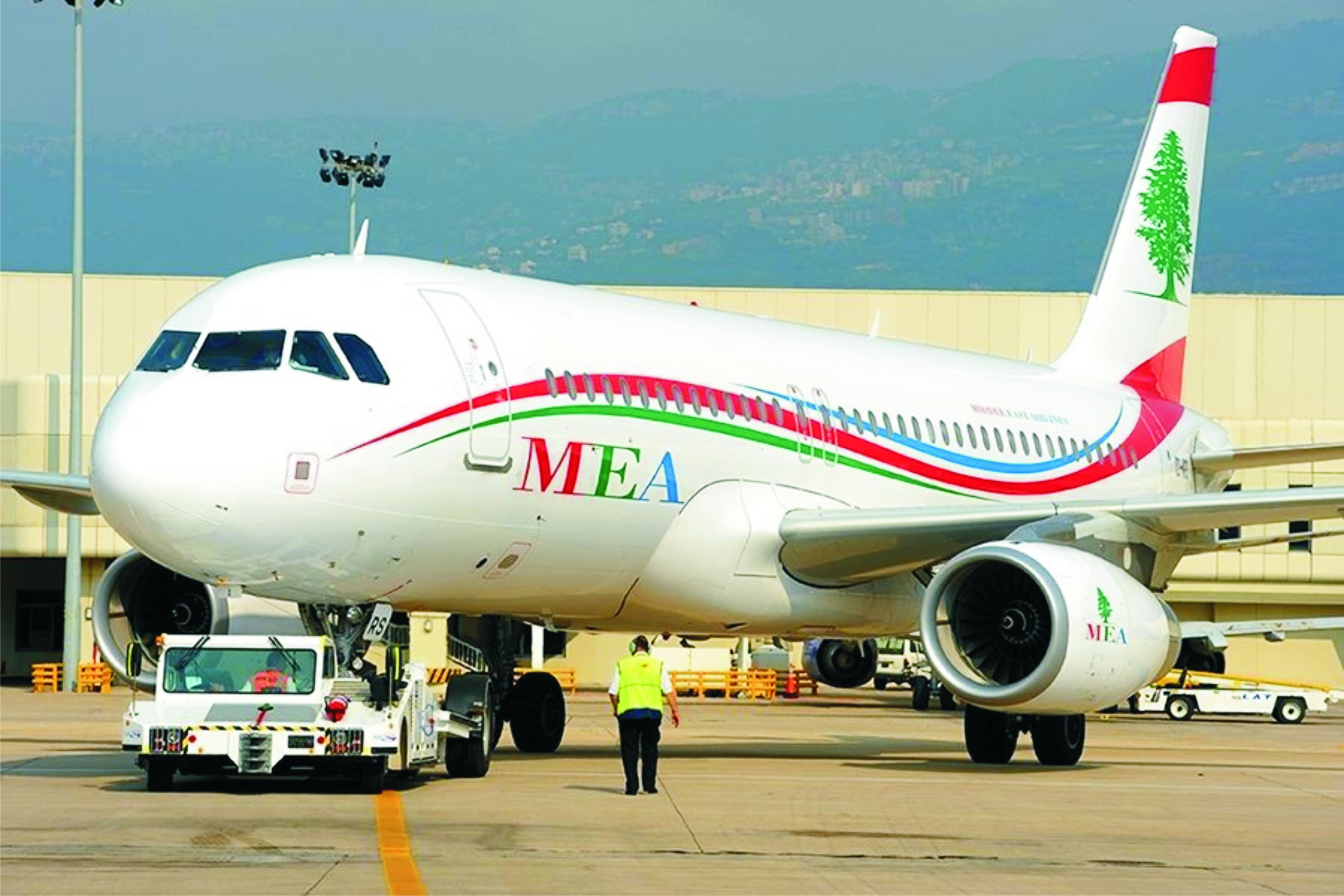 A passenger plane belonging to the Middle East Airline was last Wednesday involved in a minor accident with a Turkish plane at the Muritala Mohammed International Airport, Lagos.
Eyewitnesses said the Turkish Cargo flight was parked on the tarmac when the Middle East airbus ran into it.
Spokesman for the Accident Investigation Bureau, Tunji Oketumbi, confirmed the incident but said that the bureau was yet to determine the level of involvement as of press time.
He said: “I am aware that it happened but officially I do not have the details. We at the AIB investigate aircraft accidents and serious incidents. Right now I do not know the level of involvement.”
“We are yet to ascertain our level of involvement now. If it is a minor incident.
“It will be determined by the Nigeria Civil Aviation Authority.
“It depends on the level of damage. If it does not affect the flight operation of either of the airport, we may not be involved.”
It was learnt that the MEA was preparing to take off on an evacuation operation. It was also learnt that the incident prevented the flight from taking place.