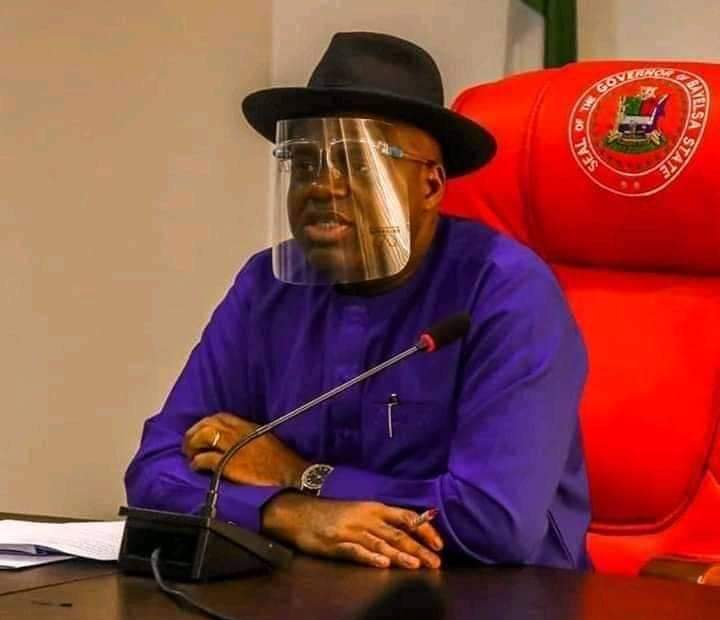 Bayelsa State Governor, Senator Douye Diri, has urged the Nigerian Army to ensure that the Forward Operating Base,FOB, at Agge in Ekeremor local government area of the state becomes operational to beef up security in the area and in the entire state.

Senator Diri represented by his deputy, Senator Lawrence Ewhrudjakpo, made the appeal on Tuesday when the General Officer Commanding, 6th Division, Major General Felix Agugo, and other senior officers paid him a courtesy visit in Government House, Yenagoa.

A press release by his Acting Chief Press Secretary, Mr. Daniel Alabrah, quoted the governor as having noted that his predecessor has built an FOB, which had reached an advanced level of completion, towards assisting the Nigerian Army in reducing crime in the locality.

While commending officers and men of the Nigerian Army for their vital contributions and sacrifices in sustaining peace and stability across the country, Senator Diri equally appealed that its base at the Oluasiri axis in Nembe local government area be made fully operational to check the movement of light arms and other criminal activities.

“I want the Nigerian Army to activate that Forward Operating Base because your presence there will go a long way to ward off criminal activities”, he said.

“We also want to make the same appeal at the Oluasiri end where we have a lot of incursions in that area, especially the movement of light arms in that area”, he added.

Senator Diri expressed his administration’s commitment to continually support the Nigerian Army towards promoting peace and attracting investments for development.

The governor also appealed to the military to exercise restraint while effecting arrests in Bayelsa communities.

He noted that there was usually an outcry from community folks whenever soldiers enter communities, urging the army to carry along the state government if the need arises for such action.

“Our administration would always collaborate with security agencies to stamp out crime in the state. I therefore appeal that the army liaise with the state government towards ensuring that fishing out perpetrators of crime from communities are effectively planned to minimise

collateral damage in such operations.”

Earlier in his remarks, the General Officer Commanding 6th Division, Major General Felix Agugo, expressed gratitude to the state government for its support over the years.

Maj-Gen Agugo  said under the leadership of the present Chief of Army Staff, Lt. General Tukur Buratai, the Nigerian Army has the capacity to effectively play its constitutional role of safeguarding lives and property.