The attention of the Rivers State Government has been drawn to a viral video by a group of All Progressives Congress (APC) supporters who did not disguise their rabid loyalty and sychophancy to the former Governor of Rivers State and Minister of Transportation, Chibuike Rotimi Amaechi.

While it is not in our place to advise people on who to support or otherwise, we take very strong exception to the provocative and incendiary language used by the leader of the group, where he threatened the peace of the state and invoked fire, brimstone, death and destruction on Rivers State and our dear Rivers people, should any unfavorable judgment and action befall their leader and master, Rotimi Amaechi in the current crises rocking the fractured Rivers APC.

Let us state categorically here and for the avoidance of doubt, that the Rivers State Government is fully ready and unflinchingly determined to bring the full weight of the law to bear on anybody who threatens, either by unguarded pronouncements or irresponsible provocative action, to breach the hard earned peace and security which Governor Nyesom Ezenwo Wike has worked so hard to entrench and sustain in the state.

Let us also make it very clear to all those purveyors of misleading and wild narrative, that Governor  Wike, is neither involved in the crisis rocking the fractured APC in Rivers State, nor has any interest in the emergence or determination of the leadership of the party whatsoever.

We need not remind the Rivers APC that Governor Wike and the PDP defeated them fairly and squarely at all levels in the last elections and so has no overiding need to dabble into the affairs of a political party that has continued to manifest the shameful picture of one week one trouble and whose leaders have continued to stumble into and drag the party from one crisis to another like a flock of sheep without any recognized shepherd.

We also take great exception to the wild and dangerous threats and intimidation made against the Judiciary in Rivers State, in utterances that can best be described as grossly inciting, offensive, and derogatory and treasonable.

To even threaten to shut down the entire judicial system in anticipation of an unfavorable judgment, is an indication of the lawlessness and absolute disregard for the rule of law which the APC and it’s supporters have become synonymous with.

We recall similar situations in the not too distant past when the state had witnessed a total shutdown of the Judicial Arm in the state and the courts were held “Under Siege”, by supporters of a political party who brazenly locked out and deliberately quarantined Lawyers, Magistrates, Judges and the entire judicial staff of the court premises for several months.

It was Governor Nyesom Wike, who liberated the Judiciary from its forced bondage, gave judicial officers a new lease of life and allowed the courts to breathe again when he became Governor in 2015.

The Rivers State Government hereby warns that it will come down hard on any trouble maker, who desires to forment trouble in the state.

We want to use this opportunity to put the Inspector General of Police and  all the security agencies on notice to live up to their responsibilities by taking prompt action on what is obviously a clear case of treason by a group whose leader is well known in the country.

We want to remind security agencies  that a war dance video which went viral before the 2019 general elections must have emboldened those that masterminded the death of innocent citizens in Abonnema, Bori and Oyigbo areas of the State during the said elections.

That is why this particular video should not be treated with kid gloves but given the security attention it deserves and the masterminds brought to book.

Those who want to die will die alone. A word is enough for the wise.

Sent from my Samsung Galaxy smartphone

Queen Of England Hails Nigeria At 60 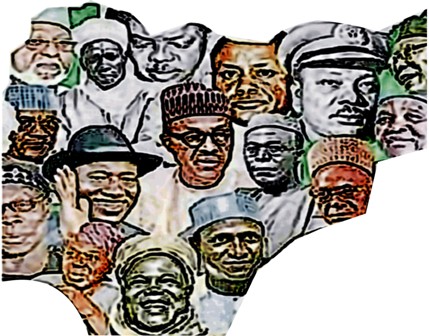 Her Majesty, The Queen of England, has sent a message of felicitation to President Muhammadu Buhari on the occasion of Nigeria’s 60th Independence Anniversary, October 1, 2020.
The Special Adviser to the President on Media and Publicity, Chief Femi Adesina, in a statement he issued in Abuja, yesterday, said the message was conveyed by the British High Commission in Nigeria.
According to the message, “It gives me great pleasure to offer my warmest congratulations on the 60th anniversary of Nigeria’s Independence, together with my best wishes for your country’s continued happiness and prosperity.
“The United Kingdom and Nigeria benefit from strong and enduring ties as Commonwealth partners through shared history and most importantly, our people. These are bonds that I hope and believe will flourish long into the future.”
Nigeria got her Independence from Great Britain on October 1, 1960. 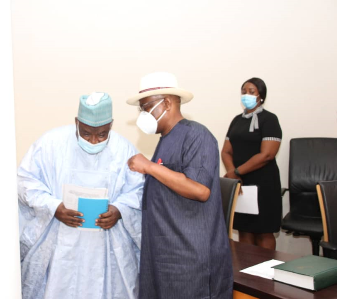 The Rivers State Governor, Chief Nyesom Wike, will today, host the grand finale of the nation’s Diamond Jubilee Anniversary celebration in Port Harcourt, the state capital.
A statement by the Secretary to the State Government, Dr Tammy Wenike Danagogo, yesterday, indicated that the event will feature parade and release of pigeons.
The ceremony, which will begin at 10am, at the Government House Lawn, Port Harcourt, will be graced by eminent Rivers people, politicians, top government officials, among others.
According to the statement, due to the COVID-19 Protocols, attendance will be strictly by invitation.
Consequently, the government has advised all those invited to the event to ensure they arrive the venue, at least, 30minutes before the arrival of the host, and the eventual commencement of activities.

2021 National Budget To Be Presented, Next Week –Senate

The Senate President, Dr Ahmad Ibrahim Lawan, has revealed that the 2021 National budget would be presented to the joint session of the National Assembly, next week.

Lawan stated this on Tuesday after over two hours’ executive session behind close doors.
Giving a hint on what was discussed upon resumption of plenary after a two-months’ annual holiday, the Senate President explained that the 2020 implementation of Nigeria’s annual budget has been disrupted due to Covid-19 pandemic.
He expressed the readiness of lawmakers to expeditiously deal with the proposed 2021 budget which would be submitted next week, advising that head of agencies of government should make themselves available for budget defence for seamless budget passage.
“As we make effort to attend to the expeditious passage of 2021, I want to advise Chief Executives of agencies of government to make themselves available to defend their budget on time.”
He expressed fears that the impact of Covid-19 against the nation would be devastating if nothing was done to mitigate such, saying that all arms of government should hastily rise to the occasion of ensuring that the economy was prevented from going into recession.
More so, he revealed that Senators have agreed behind close doors that the electoral act be reviewed to ensure free and fair elections.
According to him, the chamber has taken note of time constraints in view of the general election, hence it would be treated with dispatch.
He also decried the high level of insecurity in Nigeria, stating that lawmakers will attend to the challenge.
“The country is bedeviled with enormous insecurity and the Senate would do all it could to address the ugly trend.”