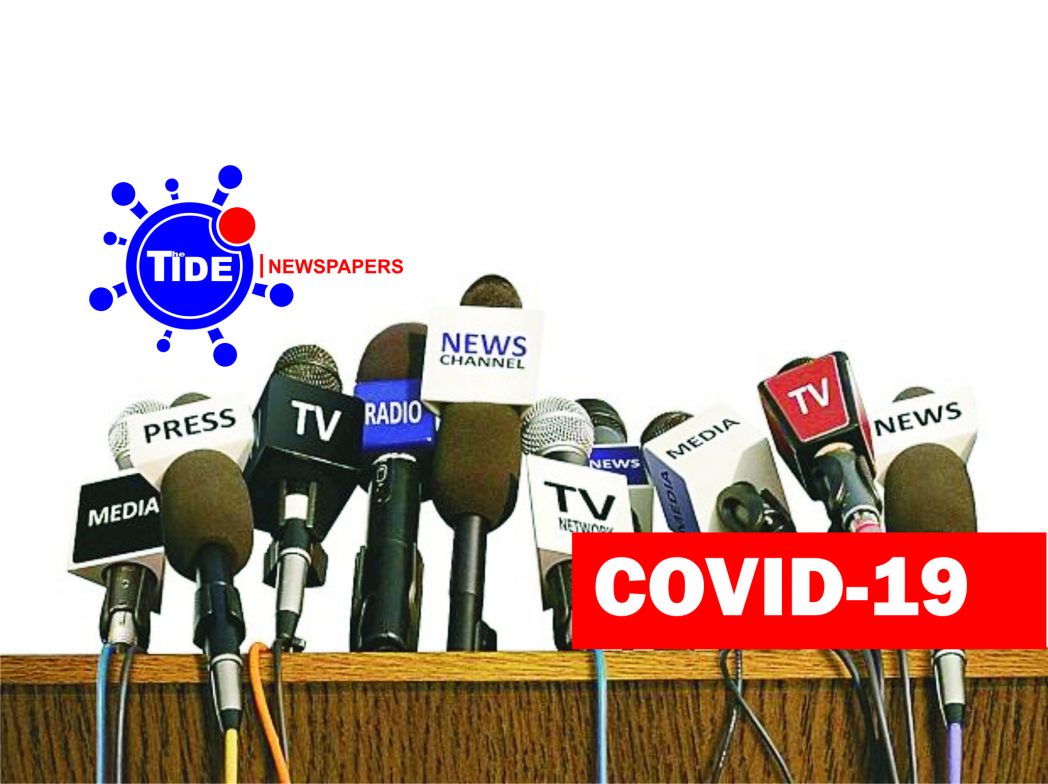 The Office of the Deputy Governor of Rivers State has reacted to a media statement, titled “COVID-19: Stop sidelining your deputy, she’s a public health professional” issued by a group called Centre for Public Trust on Sunday, May 17, 2020.

A statement issued by the media officer to the Deputy Governor, Dr. Mrs. Ipalibo Banigo, Mr. Owupele Benebo reads, “In as much as the Office of the Deputy Governor would not want to join issues with the said group because comment is free, it is important to set the records straight so that right thinking members of the society would not be miss led into believing this falsehood.

“According to John Adams “Facts are stubborn things; and whatever may be our wishes, our inclinations, or the dictates of our passion, they cannot alter the state of facts and evidence”

“We would like to state categorically, that there is no iota of truth about Governor Wike’s alleged sidelining of his Deputy, Dr. Mrs. Ipalibo Harry Banigo as regards COVID-19 or indeed any Programme or Policy of the  State Government, she has continued to enjoy a cordial and robust relationship with the amiable and gender friendly Governor of Rivers State, Chief Barrister Nyesom Ezenwo Wike, CON, GSSRS, POS Africa and the Pride of Rivers State, from the inception of this Administration in May, 2015 to date, so the purported sideling of his Deputy is a mere figment of the Imagination of the Group.

“Apparently, the Group Centre for Public Trust is not comfortable with the fact that the State Chief Executive, Nyesom Ezenwo Wike and indeed all members of Team are committed and working towards the actualization of the NEW RIVERS VISON is this why they want to cause a rift between the Governor and his Deputy?  When there is none? Please they should look elsewhere.

“Yes, the Deputy Governor is a Public Health Physician, but it is indeed very very uncharitable to insinuate that Governor Wike would be jealous of his Deputy, when he has very impressive credentials himself, as a Legal Luminary and a Life Bencher, a two-time Chairman of Obio Akpor Local Government Area, a former Chief of Staff Government House, a former Minister of State Education, former Supervisory Minister of Education and a Second Tenure Governor of Rivers State.

“COVID- 19 is real and it has claimed lots of lives across the globe, Governor Wike has continued to demonstrate leadership in the Country in the fight against COVID 19, which has been emulated by other States of the Federation and the Federal Government, of course he is the first Governor in Nigeria to close his boarders which blazed the trail for others to follow.

“These upheavals about Governor Wike and his Deputy concerning COVID 19 is absolutely unnecessary, because the Governor himself cleared the air in a Live Television Programme that his Deputy has been contributing her quota in the quest to stem the COVID 19 onslaught or do they want the Governor to take the back seat in this war?

“We are in a State of war with an un seen enemy, COVID-19, instead of the Purported Centre for Public Trust to join forces with Governor Wike and his team to reduce the prevalence rate of the Killer virus in our State they are playing politics.

“Our advice to them is simple, do not cry more than the bereaved and please do not try to be more Catholic than the Pope, Dr. Mrs. Ipalibo Harry Banigo is fine and is totally committed and loyal to His Excellency, Chief Barrister Nyesom Ezenwo Wike, CON, GSSRS, POS Africa the Pride and Governor of Rivers State in his quest to protect the Rivers People against COVID 19, his strategy is working. Do not distract him,” the statement declared.