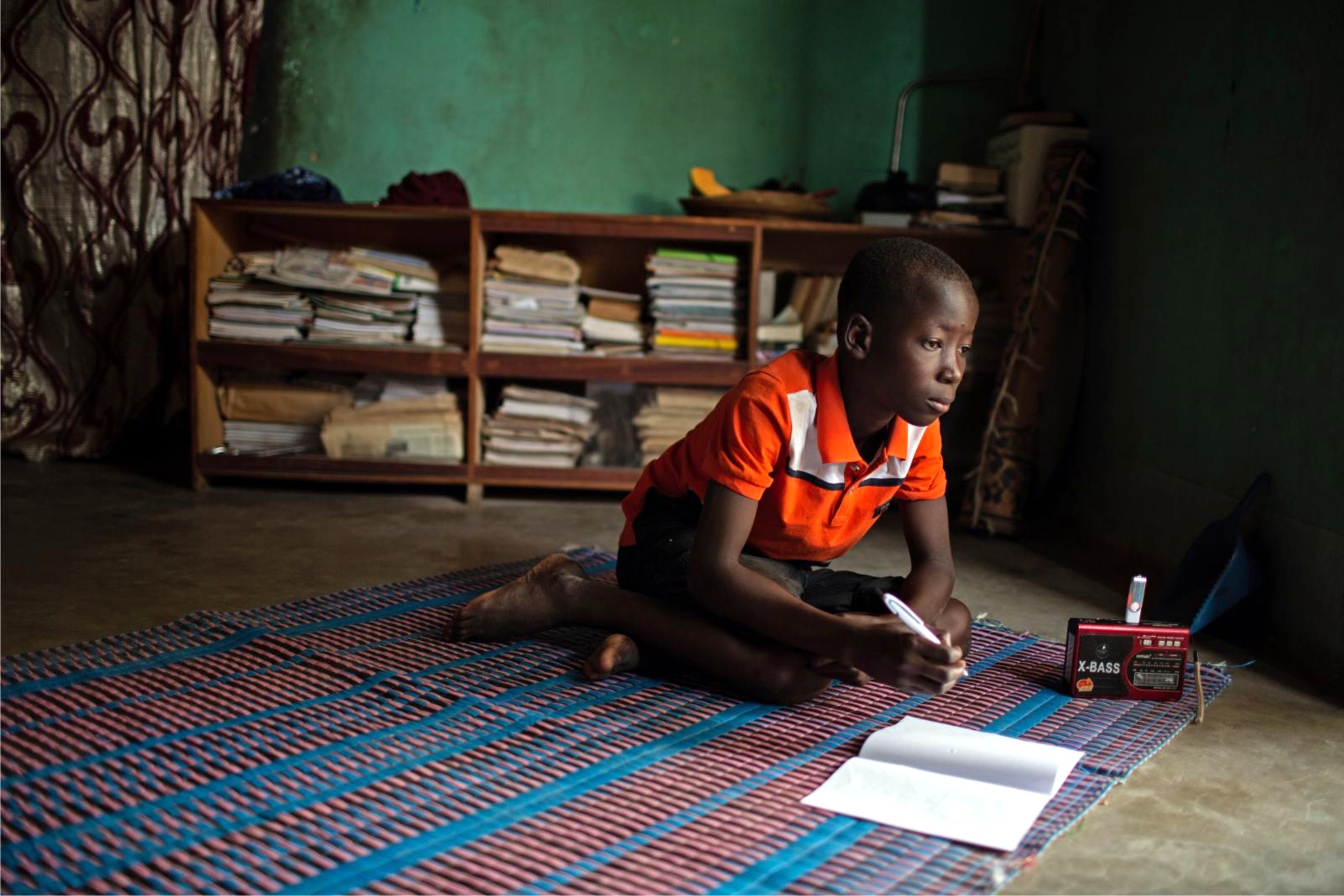 An Educationist, Mrs Jecinta Nweke, at the weekend urged parents to ensure their children and wards participate in the ongoing educational radio programme to help them during the lockdown.
Nweke, a teacher at Enugu Government Model High School, Amechi, gave the advice in an interview with newsmen in Enugu.
She said the programme would help the students to perform better, especially those preparing for the Senior School Certificate Examination (SSCE).
According to her, the radio programme is being organised by Enugu State Post Primary School Management Board (PPSMB), in collaboration with Radio Nigeria Enugu.
“I am appealing to parents and guardians to allow their children and wards to be part of the radio school programme as it will help them perform better in their studies.
“There is need for parents and guardians to be sensitised on the importance of allowing their children and wards to be part of the programme,” she said.
Nweke said that the educational radio programme was put together to ensure that students were usefully engaged during this lockdown, as Coronavirus outbreak globally necessitated the closure of schools to contain its nationwide spread.
The educationist thanked the government for ensuring that each subject was taught by qualified teachers from different government-owned schools in the state.

The Old Boys Association,County Grammar School,Ikwerre/Etche, has called on one of its members, the Pro-Chancellor/Chairman, Govering Council, University of Port Harcourt, Senator Andrew Uchendu to strive towards using his presence to bring about development in the institution.
The group made the call during a courtesy visit on the Pro-Chancellor at his residence in Port Harcourt, recently.
In a statement signed by the Personal Media Aide to Uchendu, Zersmer Evans-Obi and made available to Journalists, the National President, County Grammar School Ikwerre/Etche Old Boys Association, Venerable Bekwele Wabara (Rtd), said the call became necessary following the peculiarity and efforts of its members in different positions in the state, urging the Pro-Chancellor to uphold same to move the university forward.
Represented by Prof. Emenike Wami, Wabara stressed the need for the Pro-Chancellor to keep the flag of the County Grammar School, Ikwerre/Etche flying by delivering on unique developmental services to the tertiary institution.
He said: “your presence in Unique Uniport should showcase more uniqueness. Let your presence bring in massive development and otherwise to the institution”.
The Old Boys Association President, who went memory lane, recalled how Senator Uchendu’s days as the Managing Director of former Risonpalm was still resounding in the people’s minds stressing the need for the repeat of same in the university.
He also charged the Pro-Chancellor to see the call as opportunity to serve humanity.
In his response, the Senator and Pro-Chancellor, who expressed satisfaction over the visit described himself as a proud product of the County Grammar School Ikwerre/Etche.
While noting that he was a beneficiary of the past leaders of the school, Uchendu said he would do all within his reach to ensure that the image of his Alma mater was not dimmed.
The Pro-Chancellor further called on both the state and federal governments to work out modalities on how to improve the students’ learning environment.
Prominent among the old boys were the former General Manager, Rivers State Newspaper Corporation (RSNC), Mr Celestine Ogolo and Prince Sunday Omah.

Nigerian Teen Gets 19 Scholarship Offers Worth $5m In US, Canada

Nigeria’s Victory Yinka-Banjo, a 17-year-old high school graduate, was offered more than $5 million worth of scholarship money for an undergraduate programme of study, according to admission documents and estimates of financial aid awards.
“It still feels pretty unbelievable. I applied to so many schools because I didn’t even think any school would accept me,” Victory told The Tide source relishing her academic prowess.
Born to Nigerian parents, Chika Yinka-Banjo, a senior lecturer at the University of Lagos and Adeyinka Banjo, procurement and supply chain executive, Victory was given potential full scholarships from the Ivy League Schools, Yale College, Princeton University, Harvard College, and Brown University.
Other US scholarship offers included those from the Massachusetts Institute of Technology (MIT), Stanford University, John Hopkins University and the University of Virginia.
In Canada, Victory was offered the Lester B. Pearson scholarship from the University of Toronto and the Karen McKellin International Leader of Tomorrow (KMILOT) scholarship from the University of British Columbia.
“Their admissions processes are extremely selective,” Victory added.
“They only accept the best of the best. So, you can imagine how, on a daily basis, I have to remind myself that I actually got into these schools. It is surreal!”
A senior prefect during her time in high school, Victory rose to national prominence in late 2020 after she scored straight As in her West African Senior School Certificate Examination (WASSCE).
Months earlier, the Nigerian teen had been rated as the “Top in the World” in English as a second language (speaking endorsement) by the University of Cambridge International Examination (CIE).
Victory aced the Cambridge IGCSE exam acquiring A in all six subjects she sat for.
Victory told our source, her remarkable achievements were borne out of hard work.
The teenager remarked that her multiple scholarship offers have made her stand taller, smile wider, and pat herself on the back more often.

The Joint Admissions and Matriculation Board (JAMB) has promised to refund monies paid by candidates who were unable to generate profile codes due to poor network or delayed response from telecommunication service providers
The exam body, however, warns that the refund will not apply to wrong registrations, in the case of candidates who entered wrong codes while trying to generate their profiles.
The JAMB Registrar, Professor Ishaq Oloyede, who disclosed this, said the decision was arrived at after consultations with stakeholders.
Oloyede, who said the Federal Competition and Consumer Protection Commission and the Nigerian Communications Commission have been drafted in to monitor the refund, lamented that parents were being extorted by telecoms service providers.
He said: “All those concerned will have to go back and ensure that when a service is not fully rendered and if there had been any charge that had been made this should be refunded to the candidates.
“We have reached this agreement with Digital Pulse that we will work with the service providers to make sure that the service providers refund where they have taken money from candidates”.
The registrar also informed that by Friday, candidates will have the option of using the Unstructured Supplementary Service Data to generate their profile code.