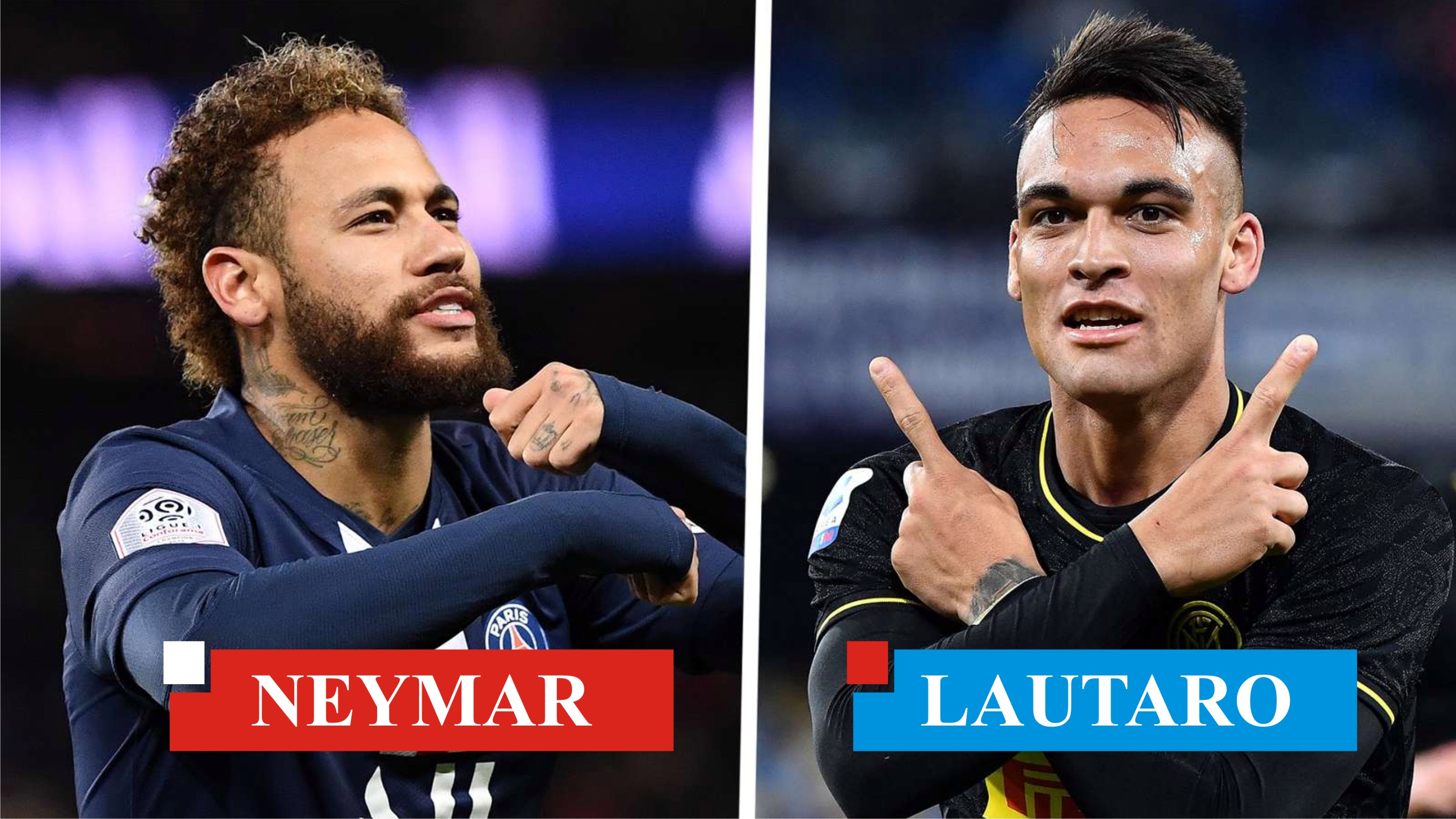 The Blaugrana are hoping to revamp their forward line with two stellar signings but their hopes hinge on the success of a post-season clear-out
On Tuesday morning, a Tidesports source claimed Inter were ready to send a message to Barcelona.
“You want Lautaro?” the headline ran. “Give us Griezmann.”
It was labelled it a “crazy idea” and no such proposal has been made, but, to the outsider, it would not have appeared so far-fetched.
As it stands, Inter would lose their dynamic 22-year-old forward Lautaro Martinez for ‘only’ €111 million (£97m/$121m) if Barca activate the Argentine’s present buy-out clause, which expires on July 15.
At least by including Griezmann in a swap deal, the Nerazzurri would immediately secure a fine replacement, a World Cup winner with a point to prove. Indeed, the French forward would probably be open to a move.
Even before his protracted transfer to Camp Nou, Griezmann didn’t look a natural fit for Barcelona’s three-man attack. As has shown so often in the past for France and Atletico Madrid, he has better playing off a more conventional No.9. Like Romelu Lukaku, for example…
Of course, Barca paid €120m (£105m/$131m) to sign Griezmann just last summer but do they really need him? Did they ever?
What Barca needed – and still need, is a successor for their 33-year-old first-choice centre-forward Luis Suarez. While Real Sociedad’s Alexander Isak is considered an attractive ‘Plan B’, Lautaro looks better equipped than any other forward in world football to fill Suarez’s shoes and the Blaugrana are willing to offer the 22-year-old a contract worth €10m (£9m/$11m) a year.
So, a deal involving Griezmann would solve everyone’s problems, right? Perhaps, but nothing at Barcelona is quite so straightforward right now, not even a straight swap deal.
Even before all hell broke loose at boardroom level, the Blaugrana had financial worries.
Barca set aside €60m (£52m/$66m) for player transfers during the 2020-21 financial year. However, €31m (£26m/$34m) has already gone on Francisco Trincao, who will arrive from Braga in July.
Of far greater and more pressing concern, though, is the fact that Barca needs sto raise €124m (£108m/$136m) in player sales to meet their budgetary requirements for 2019-20.
The hope is that Getafe, Betis, Schalke and Nice all activate their options to buy Marc Cucurella, Jean-Clair Todibo, Carles Perez and Moussa Wague, respectively, at the end of the season.
If those loan deals are made permanent, it would generate €52m in funds, which would still leave Barca significantly short of their target. That is why they would listen to offers for former starting centre-back Samuel Umtiti, January signing Martin Braithwaite, La Masia product Carles Alena and even Nelson Semedo.
However, finding a buyer for Philippe Coutinho is Barca’s primary concern.
The Brazilian is presently on loan at Bayern Munich but the Bavarians have zero interest in their option to make the deal permanent for €120m (£105m/$131m).
Barca has just as little interest in retaining Coutinho’s services and, at this stage, they would be willing to let their €160m (£140m/$175m) signing from Liverpool go for ‘just’ €80m (£70m/$87.5m).
Coutinho, though, will still prove difficult to shift. Liverpool has improved since January 2018; Coutinho has regressed.
Barca’s asking price may not be met. Consequently, the Blaugrana could even decide to cut their losses on Ousmane Dembele, the talented but inconsistent, injury-riddled winger who joined from Borussia Dortmund in August 2017 for €105m (£92m/€115m).
In the current market, Barca would be lucky to get a third of that money. And that is the Catalans’ other concern.
The Covid-19 pandemic has hit football hard, shaking its fragile financial foundations to their very core. There is no telling what effect the current, worldwide uncertainty will have on the transfer market.
However, it seems unlikely that even wealthy clubs would be willing to invest vast sums of money in underperforming or injury-prone players.
That is obviously a great cause for concern for Barca, given their transfer plans will be dictated by the success of their summer clear-out.
As well as removing well-paid veterans from the wage bill, such as Ivan Rakitic and Arturo Vidal, the Catalans need to sell several players to not only balance the books for 2019-20 but generate additional money to buy players for next season.
Josep Maria Bartomeu has bigger worries right now but the under-fire Barcelona president still wants to bring Neymar back to Camp Nou.
The sporting side of the club, though, have prioritised Lautaro, believing him to be the ideal Suarez replacement.
Barca being Barca, they will try to buy both. But that looks impossible right now, unless Griezmann is offloaded. And this is where the situation gets even more complicated and ridiculous.
If Barca is to sign Lautaro for ‘just’ €111m, they need to do so before his buy-out clause rises on July 16. Making Griezmann part of the deal would, thus, make sense, given their financial constraints.
However, Barca does not want to let Griezmann leave without knowing for certain that Neymar is returning, and that is just not going to happen.
There is even an acceptance at Camp Nou that the Neymar soap opera will run right until deadline day.
Nonetheless, Barca’s transfer targets are still Lautaro and Neymar, even though there is presently just €29m (£25.3m/$34.7m) in the 2020-21 transfer kitty.
Something’s got to give. Someone’s got to go. Maybe even Coutinho, Dembele and Griezmann.
Because Barcelona aren’t presently in a position to buy Lautaro or Neymar. Trying to sign both, then, looks like a truly crazy idea.