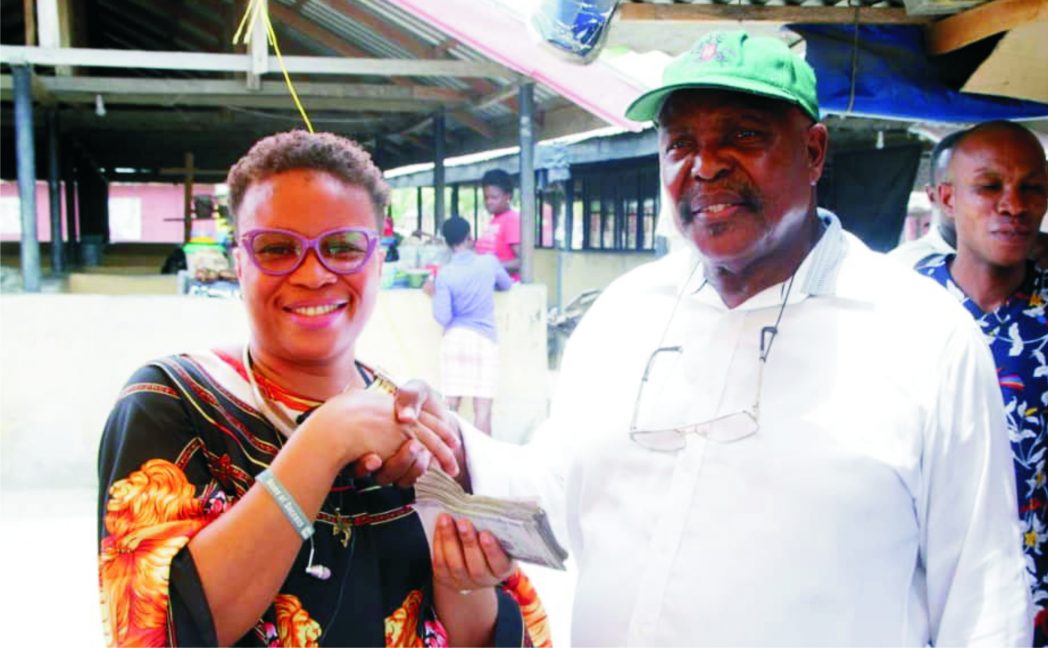 University of Imo State graduate, Miss Nneoma Uzoka, has emerged winner of the March, 2020 edition of the ‘ Help The Hard Worker’ monthly competition of the Princewill’s Trust for Entrepreneur, Youths and Rivers residents who are engaged in micro business .
This was contained in a statement signed by the founder of the NGO, Mr Tonye Princewill and made available to newsmen yesterday in Port Harcourt.
The statement which revealed that the event took place on “April Fool’s Day”, said that the winner would not receive mere pranks, but real reward for her hard work and dedication to business.
”Her gift is real and it is the result of hard work, dedication and commitment. We bring to her good tidings and a tiny recognition of her efforts”, it added.
According to the statement, the Theatre Arts graduate, Miss Uzoka, would be encouraged to enable her join others who chose hard work over laziness and a sense of entitlement.
“A transfer of N100.000 has been made direct to her account and she has also acknowledged receipt. We trust that she will use the money well and look forward to her joining other previous ‘Help a Hard Worker’ winners in making progress”, it hinted.
The competition, TheTide gathered, was opened to all especially those residing and doing business in Rives State irrespective of their state of origin.
Considering the ravaging Corona virus pandemic, NGO, urged all hands to be on deck, adding that all people are inter-connected to each other in one way or the other.
“I think it is pertinent to use this medium to appeal to every one of us to start the victory march against the COVID-19 virus from within. Each of us must play our part. My health is your health and vice versa. We are all inter-connected”, it said.
The statement also called on the people to continue to obey the stay-at-home order by the government, and added that anything in the contrary, was tantamount to gambling with one.s life.
It further revealed that the organisation had made enough adjustment to ensure that the group delivered more credibly to the people .
The Tide gathered that a similar programme to ‘Help a Hard worker’ scheme ‘Help a Smart Worker’ had started this month which it was learnt will be restricted to the founder’s political allies.
The winner , an indigene of Imo State who contested among 5,000 contestants, has expressed gratitude to the Foundation, and promised to make judicious use of the gift.
Speaking on behalf of the Princewill’s Trust, Hon. Ikem Anthony , however, congratulated Miss Uzoka as he called on the general public to stay safe and stay at home in order to curtail the spread of the Corona virus pandemic .