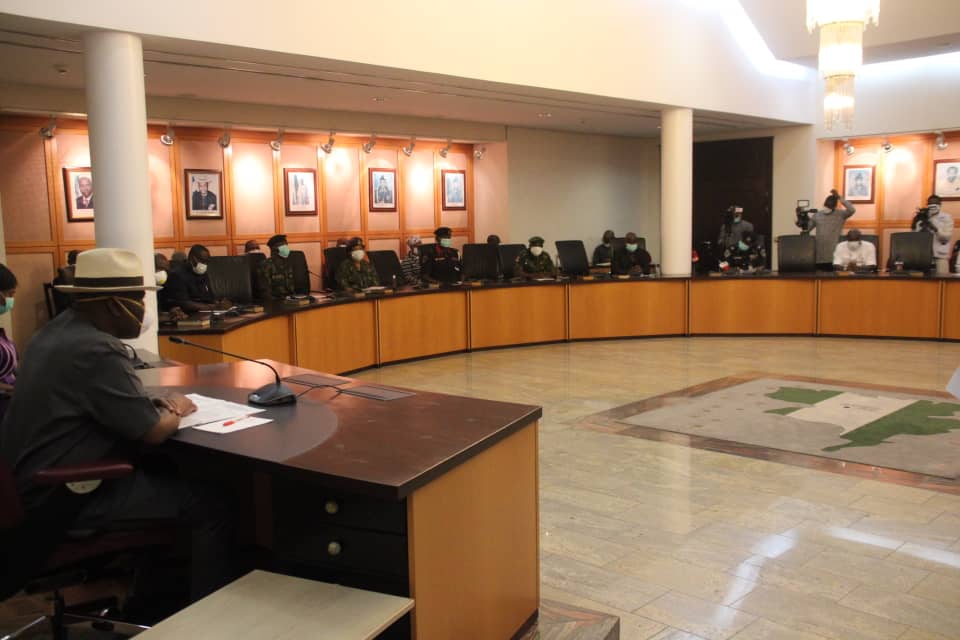 In a move to ensure that Rivers people don’t suffer during this trying period, the Rivers State Government has set aside N2billion for the launch of the State Farmer/Fisherman Empowerment Programme to purchase and distribute foodstuffs to Rivers people.
In a press conference, yesterday, the Rivers State Governor, Chief Nyesom Wike, said that the committee would purchase all agricultural products produced in the state for distribution to the less privileged.
Wike said: “We are going a step further to ensure that no one complains of hunger in our state during this trying period.
“The state government has therefore set aside the sum of N2billion to buy off all agricultural products produced in the state from farmers and fishermen.
“Our goal is to ensure that no agricultural product like yam, garri, plantain, palm oil and fish leaves our state during this period.
“While the farmers and fishermen will make their profits, the less privileged will have enough food supply for their families.”
Wike said that the committee set up by his administration is to ensure effective implementation of the new policy.
He said: “To ensure that the appropriate logistics for effective implementation of this policy is carried out to the letter, government will set up a 33-man committee.
Members of the committee include, Secretary to the State Government, Dr. Tammy Danagogo, as chairman; Commissioner for Agriculture, Dr. Fred Kpakol, as secretary; while members are Commissioner for Information and Communications, Pastor Paulinus Nsirim; Mrs Victoria Allison; Mrs Tina Woluchor; Mrs Meg Onumbu; Mrs Gloria Akor; Mr Erastus Awortu; Mrs Christiana Lawrence Amadioha; Mrs Kate Mbanah and chairmen of the 23 local government areas.
“This committee will be inaugurated tomorrow, Tuesday, April 7, 2020 at 12 noon at Government House, Port Harcourt.”
He said that the state government will always take measures to protect Rivers people.
“As a responsive government, we did not wait to record any index case before we set out proactive measures that helped us to contain the virus in our state.
“The diligence exhibited by our health professionals and security agencies have made us to record one index case.
“Our strategies of shutting down markets and our borders have, no doubt, brought hardship to our citizens,” he said.
While lamenting the politicisation of the fight against Coronavirus by the Federal Government, Wike said that all states of the federation deserve grants from the Federal Government.
He said the release of grants to states should not be tied to the number of confirmed cases, since states like Rivers are working to prevent the spread of the disease.
Wike said that funds for the state government’s intervention in COVID-19 are captured in the 2020 budget under contingency funds.
Earlier, the Rivers State Governor, Chief Nyesom Wike, had charged the Committee on Palliatives to cushion the hardship caused by strategies to contain the spread of Coronavirus in the state to ensure that the foodstuffs from the state government get to less privileged persons.
Inaugurating the committee, yesterday, at the Government House, Port Harcourt, Wike said that the committee must not consider party affiliations.
Wike said: “The distribution of these foodstuffs has nothing to do with party membership. It should get to all less privileged people.
“That is why we have clerics, security personnel and other people in the committee. There should be no application of sentiment in the sharing.”
The governor said that the committee will reach out to the 23 local government areas of the state, adding that all local government areas must exercise patience till it gets to them.
“We will reach out to the 23 local government areas of the state. No local government area will be exempted.
“But Port Harcourt and Obio/Akpor local government areas where we have the concentration of Rivers people will get the first attention,” he said.
The governor directed the committee to ensure orphanages; security agencies and other groups get the palliatives.
He described the situation as a war, where the entire world is being decimated by the virus, stressing that the fight to defeat Coronavirus must be sustained.
Wike reiterated his condemnation of the Federal Government for politicizing the fight against Coronavirus.
He said the exclusion of 35 states in the Federal Government’s intervention is unnecessary.

Osimhen Tipped To Be New Drogba