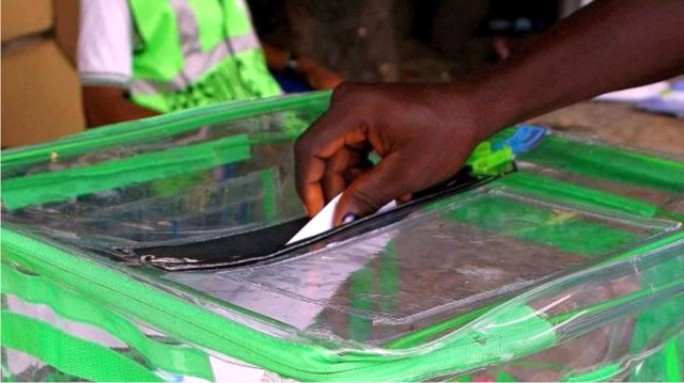 The Bayelsa State Governorship election Petition Tribunal sitting in Abuja has ordered that the United People’s Congress (UPC) be allowed to inspect the election materials used during the November 16th,2019 Governorship election in Bayelsa State.
The Independent National Electoral Commission (INEC), the People’s Democratic Party (PDP), Governor Douye Diri and his Deputy, Senator Lawrence Ewhrudjakpo are respondents in the petition.
The order of the Tribunal followed the commencement of hearing into the petition filed by the governorship candidate of the United People’s Congress (UPC), Mr. Ibiene Stephen.
In his petition, the UPC candidate is asking the tribunal to nullify the November 16th Governorship election in the state arguing that the governorship election in the eight local government areas was invalid by reason of corrupt practices and substantial non-compliance with the provision of the electoral Act, 2010.
He also prayed the Court that the duo of Governor Douye Diri and his Deputy, Lawrence Ewhrudjakpo, were allegedly not duly elected or returned by majority of the lawful votes cast at the governorship election conducted by INEC.
The applicant also claimed that the Deputy Governor, Senator Lawrence Ewhrudjakpo, at the time of the governorship election was not qualified to contest the election.
“That the 2nd respondent had no valid running mate as mandatory required by section 187(1) of the constitution of the Federal Republic of Nigeria 1999 (as amended). That the petitioner avers that Senator Lawrence Ewhrudjakpo gave false information in his INEC form CF 001 to the INEC in support of his nomination, “For instance, the respondent submitted document which include a statutory Declaration of Age, First School leaving certificate, West African Leaving Certificate (WAEC),General Certificate of Education (GCE), Bachelor of Science ,Secretarial Administration degree certificate, National Youth Corps Certificate of Exemption, which bears different names other than his names, Lawrence Obarawharievwa Ewhrudjakpo, as contained in his INEC form CF001.”