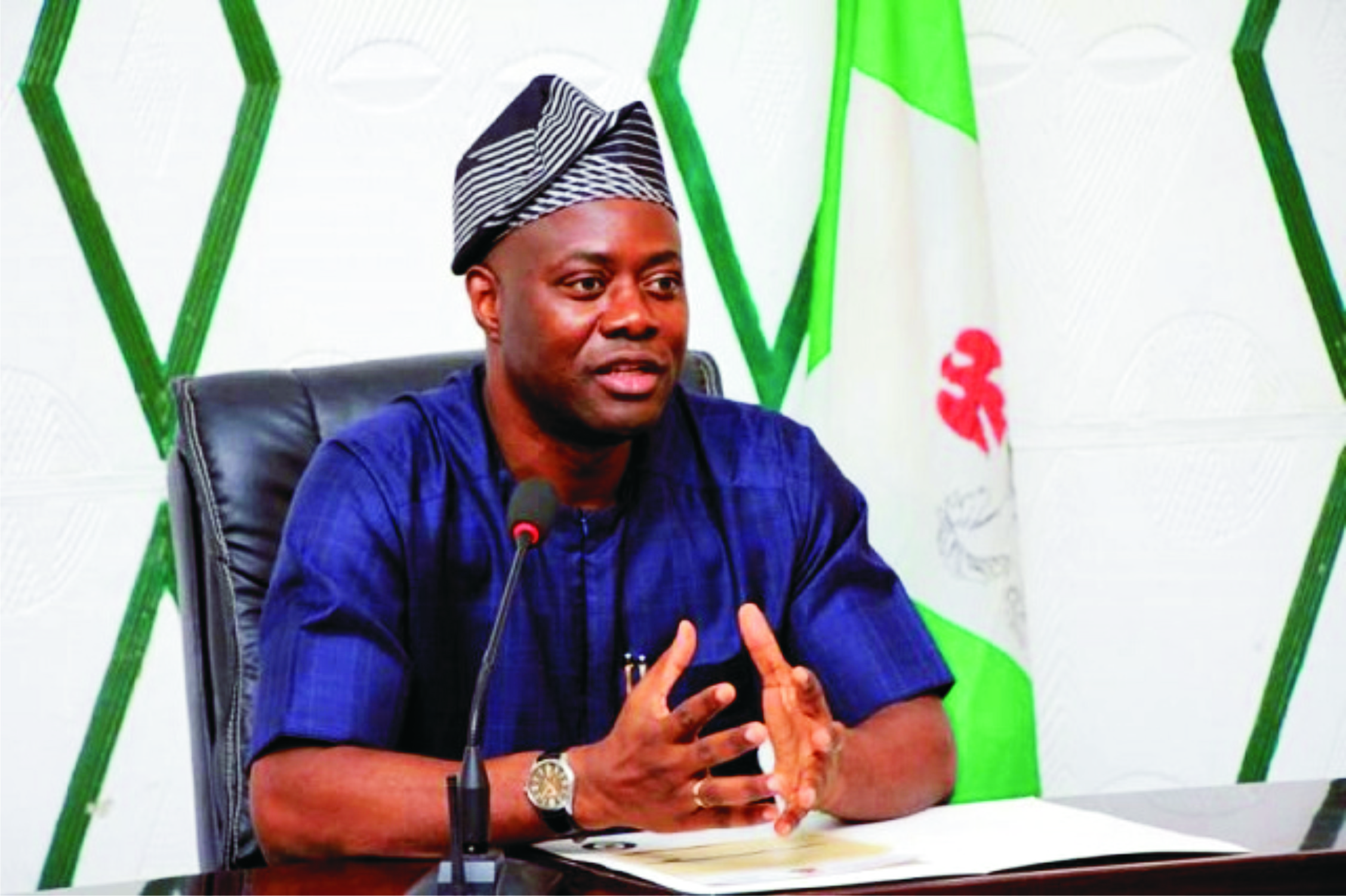 The Oyo State Governor, Engr Seyi Makinde has tested positive for the deadly Coronavirus.
The governor disclosed this on his twitter handle, yesterday evening, saying that he just received his Coronavirus test result and that it was positive.
He said he was still asymptomatic and would continue to self-isolate.
“I just received my COVID-19 confirmation test result. It is Positive. I am asymptomatic and will continue to self-isolate,” he tweeted.
Makinde said he had designated former Chief Medical Director of the University College, Ibadan, Prof. Temitope Alonge, as the Head of COVID-19 Task Force while he recovered fully.
“I have designated Prof Temitope Alonge, former Chief Medical Director of the University College, Ibadan, as the Head of COVID-19 Task Force while I recover fully.
“Please, continue to comply with all the directives from the COVID-19 Task Force. Stay home, stay safe,” he added.
Similarly, the Ogun State Governor, Dapo Abiodun, yesterday, announced that he has been tested for Coronavirus pandemic.
Abiodun declared that the result of the test was negative.
The governor disclosed this while fielding questions from newsmen at the launch of Ogun State Isolation centre in Ikenne area of the state.
He said: “Since I came back from the party in London, I have attended state executive council meeting which, was on a Tuesday, maintaining social distancing at the meeting.
“On Thursday, we had National Economic Council (NEC) meeting and from that Thursday, I went into isolation. I went into isolation, first to ensure there is a lapse of 14 days, from the day I was exposed at that party in London.
“And not only that, I also went into Isolation also in line with my exposure at NEC and my Abuja trip.
“I want to tell you that since I came back from Abuja, this is my first appearance publicly.”
The elated Abiodun said, “I have done the test and it is negative.”
However, the National President of the Biafra Nations Youth League (BNYL), Princewill Chimezie Richard has tested positive for COVID-19.
The group made this known in a statement to newsmen, yesterday by BNYL Press Secretary, Richard Dianabasi.
Dianabasi said the BNYL leader tested positive because he received his brother who returned from Sweden days ago “and who also tested positive at a quarantine unit in Lagos.”
The group also accused President Muhammadu Buhari of doing a video record for national address, adding that it does not depict the character of a good leader.