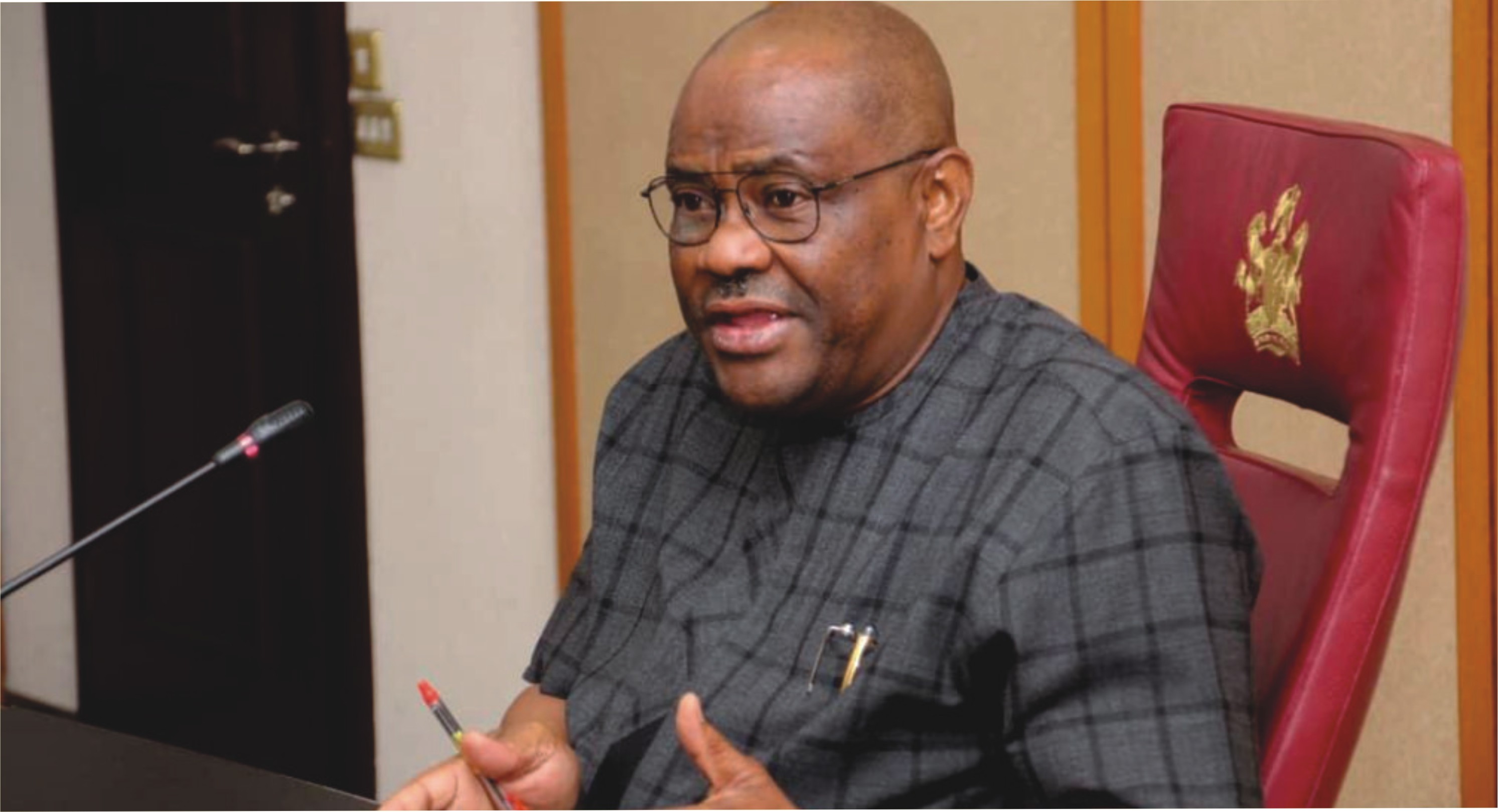 The dreaded Coronavirus afflicting the entire world engaged the attention of Government House, Port Harcourt, last week, compelling the State Governor to make double state-wide broadcasts in days.
In a state-wide broadcast last Monday, the Rivers State Governor, Chief Nyesom Wike, announced the closure of public parks, night clubs, and cinemas.
The Governor also banned public burials, weddings as well as open worship services across the state.
He said after due consultations with religious leaders, it was agreed that all religious organisations were to temporarily stop all forms of open worship, public burials and wedding ceremonies.
The State Chief Executive called on traditional rulers and opinion leaders in the state to assist the State Government to implement Government directives concerning the spread of coronavirus.
Governor Wike, in the broadcast also set up border surveillance monitoring teams to ensure that there was no case of illegal entry or exit from the sea, land and air, stressing that defaulters would be seen as enemies of the state and would be made to face appropriate sanctions.
Noting that the essence of governance is to protect lives, Governor Wike said the state Government could not afford to be indifferent when the COVID-19 continues to claim lives worldwide.
“We urge everyone to remain calm and maintain social distance. We shall continue to review the situation and adjust accordingly.
“Like I said in my broadcast last Friday, these decisions may seem painful for all of us but there is no price that is too much to pay for us to stay alive”, the Governor said.
Before the state-wide broadcast, Governor Wike had earlier, same day, interfaced with religious leaders where they brainstormed and arrived at some crucial decisions, particularly, on social distancing and other strategies to avoid spreading the virus among their members.
It was agreed that, to ensure social distancing, not more than 50 persons should worship at a particular time and hall and to spread out worship time to admit fewer people per time.
Governor Wike, who was compelled to make a second broadcast in the week, precisely on Thursday, however, confirmed an index case of Coronavirus in the state.
“It is however unfortunate that despite all the preventive measures we put in place, our state has recorded a positive case as confirmed by the National Centre for Disease Control (NCNC).
“The positive case is a 19- year old female model from Edo State who resides in Port Harcourt. Her travel history reveals that she travelled to France, Italy and Greece before returning to Port Harcourt on the 16th March, 2020.
“On arrival to Port Harcourt, she was symptomatic and commenced self isolation in her family house before her samples were collected and sent to the Reference Laboratory, Irrua, Edo State”, he said.
The Governor explained that the patient who was being managed at the State Treatment Centre was responding excellently well and urged all to remain calm as the State Government was fully prepared to ensure that the incident was contained to avoid further spread.
He said that State Government had commenced contact tracing of all those the 19-year old lady had contact with.
Governor Wike announced the closure of all markets across the state with effect from Saturday, March 28, 2020.
He also directed civil servants from grade levels 1 to 10 to stay at home indefinitely.
Governor Wike called on Council Chairmen to head the Taskforces on compliance while Commissioners and Special Advisers were also to monitor compliance in their various local government areas.
Governor Wike, who, over the weekend, led the State 12-manTaskforce on the Enforcement of ban on public gatherings in order to check spread of the dreaded virus to various places, expressed satisfaction with the level of compliance.
He assured that palliative measures to cussion the effects of the ban on some economic activities would be considered during the second phase of the coronavirus pandemic containment programme in the state.