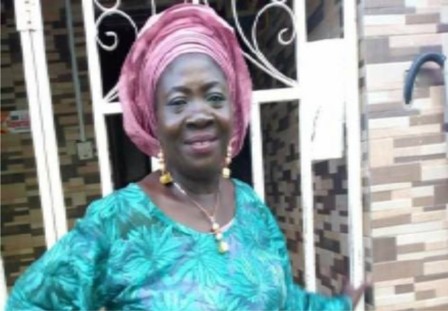 Mr Simeon Abuh, husband of late Mrs Salome Abuh, a Peoples Democratic Party (PDP) Woman Leader in Kogi State, has called on the Federal Government to ensure justice and compensation for his family.
Abuh made the call at a news conference by the family yesterday in Abuja, to update the public on the matter.
He disclosed that since the incident took place on November 18, 2019, several petitions had been submitted to different quarters, including to President Muhammadu Buhari.
The head of the Abuh family therefore, called on international and national human rights organisations to prevail on the government to expedite action in bringing the perpetrators of the dastardly act to book.
He explained that the six people that had been in Police custody in Lokoja, were some of the perpetrators that went on a robbery some days after the incident.
According to him, other named suspects were still walking freely, adding that some had been invited for questioning, while others were yet to be apprehended.
“We want perpetrators, including their sponsors, brought to book to serve as deterrent to others and avert le,” he said. future re-occurrence, not just in Kogi, but in Nigeria as a whole,” he said.
Abuh said he had worked for the Federal Government and retired after 35 years of meritorious service, urging the government to help rebuild the family’s home which was burnt down in the incident.
“With heart full of pains, grieve and heaviness, we as a family wish to passionately appeal to the UN, EU, USAID, AU, human rights organisations, and spirited individuals to come to our aid to enable us have our dream home back.
“Treat our homelessness as an emergency and rebuild out burnt down home,” he said, adding that the house was the reward of his 35 years service to Nigeria.
Abuh however, commended the efforts of women activists, who protested for days in Abuja, Lagos and many other places, to demand for justice for the slain politician.
Our source reports that late Salome was burnt alive by thugs in her home on November 18, 2019, following the Kogi elections.
Six suspects were paraded by the Police in Lokoja few months ago, but nothing has been heard about the case since then.