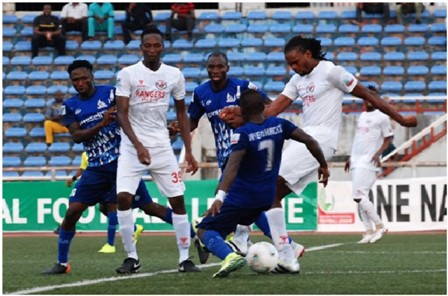 National Association of Nigerian Footballers NANF has applauded the management of Rangers International for its life insurance policy for its players.
Rangers announced on Monday that late Ifeanyi George’s family were entitled to a multi-million naira compensation following the insurance policy put in place for the players a few years ago.
“I can assure you that the Rangers Management Corporation has a comprehensive life insurance policy in place for its players and officials and his Excellency the Executive Governor of Enugu State, Dr Ifeanyi Ugwuanyi, ensures that insurance premiums are paid promptly and as at when due.
“As we speak his Excellency has ordered the activation of the insurance claim this morning and we are on top of the situation,” Rangers General Manager, Davidson Owumi stated.
In its reactions to the new development, the body representing the league players in a release signed by President of the body, Harrison Jalla, that Rangers have set a perfect example of how clubs should be run in the country.
“This is how a professional club side should run kudos to Rangers management. In the cases of the death of Kabiru Baleiria of Kano pillars, Chineme Martins of Nasarawa united and Tiamiyu Kazeem of Remo Stars we are yet to see anything like a comprehensive life insurance policy operated by those clubs in a Precarious career like Professional football,”
Ifeanyi George, died on Sunday after he was involved in a serious road accident on his way to Lagos from Enugu.
His death however brought to three the number of players in the domestic league to have met their untimely death within one month, following the deaths of Chieneme Martins and Tiamiyu Kazeem of Nasarawa United and Remo Stars, respectively.