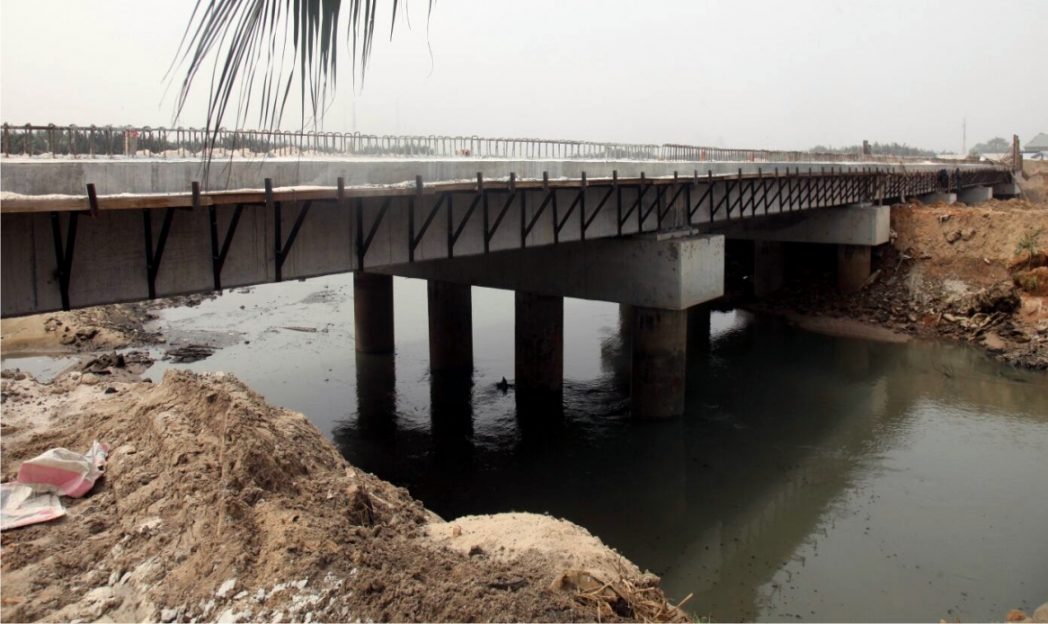 The Senate has re-assured Nigerians that the Second Niger Bridge would be completed in February, 2022 as the project was well funded by the federal government.
Chairman, Senate Committee on Works, Sen. Adamu Aliero gave the assurance when he led members of his committee on inspection tour of the bridge and other road projects in the South East.
Our source reports that the 11.9 kilometers-long bridge was awarded by the Federal Government to Julius Berger on Sept. 1, 2018 at the contract sum of N206.1 billion.
He said: “We are at the construction site of the Second Niger Bridge which has been on the drawing board for quite a long time.
“We are happy with what we have seen; the completion of this bridge has come to reality.
“The contractor has massively mobilised to site. It is a very big engineering project perhaps one of the biggest project in the country and it was awarded at a cost well over N200 billion and the completion date is Feb. 2022.”
He further said that apart from funding from budgetary allocation, the project was also funded from the Nigeria Sovereign Investment Authority (NSIA) and also funds that were recovered from various sources.
“Nigerians are going to have the Second Niger bridge and I will say congratulations to the government of President Muhammadu Buhari for funding this project and for making arrangements to ensure that this bridge is completed,” he said.
Aliero said that with the pace of work on the project, the committee was very optimistic that the contractor would be able to complete it within the time frame.
A member of the committee, Sen. Ike Ekweremadu (PDP-Enugu) said: “I have been involved in the project since the beginning when former President Olusegun Obasanjo conceived this project and when Jonathan came with me to lay the foundation stone and when President Buhari started this extensive construction.
“I must commend the President for his commitment to completing this project. I’m happy and impressed with the extent of work. I want to thank Julius Berger for their commitment as well.
“Most of our people didn’t know this extent of work had been done, I’m impressed, I believe the work will be completed in good time in 2022.”
Ekweremadu, a former Deputy Senate President, said that the bridge, when completed, would be an edifice to behold.
“We are all going to be proud of it as a country, and this will be a major gift from President Buhari to South-East of which we are very grateful,” he said.
Project Manager, Mr Stefan Uelzmann, said the company had good support from the Federal Government concerning security situation and as such “we actually have no issues.”
Also, Federal Controller of Works in Anambra, Mr Adeyemo Ajani, said that while constructing the bridge, measures had been taken to tackle any flood eventuality.