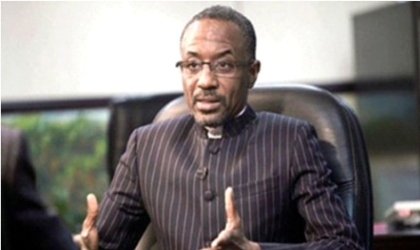 The Kano State Government, yesterday, said it never banished the dethroned Emir, Muhammadu Sanusi II from the state.
Several reports had it that Sanusi was banished from Kano to Nasarawa State amidst tight security.
Sanusi’s legal team had threatened to sue the Kano State Government on the purported banishment.
But the Kano State Attorney General, Ibrahim Muktar, who spoke on Channels Television, yesterday, said there was nowhere the Secretary to the State Government ever mentioned that the dethroned Emir had been banished.
“You see, if you listen to the Secretary to the State Government when he was addressing the press on the issue of the removal of the Emir from office, there was nowhere he said the Emir was even banished from Kano State.
“So, the decision of the government was (that) the Emir … as of Monday was removed from office and a new Emir was appointed. The issue of banishment was not part of the decision of the Kano State Government,” he said.
It would be recalled that Sanusi was removed from office on Monday by the state government.
The Secretary to the State Government, Alhaji Usman Alhaji, after the State Executive Council meeting, last Monday, said Sanusi had been removed as Emir of Kano
“The Kano State Executive Council under the Chairmanship of the Governor of Kano State, Dr. Abdullahi Umar Ganduje has unanimously approved the immediate removal/dethronement of the Emir of Kano Emirate, Muhammad Sunusi II.
“The Emir of Kano is in total disrespect to lawful instructions from the office of the state governor and other lawful authorities, including his persistent refusal to attend official meetings and programmes organized by the government without any lawful justification which amount to total insubordination.
“It is on record and in so many instances, Malam Muhammad Sanusi 11 has been found breaching part 3 Section 13 (a–e) of the Kano State Emirate Law 2019 and which if left unchecked will destroy the good and established image of the Kano Emirate.
“This removal is made after due consultations with the relevant stakeholders and in compliance with part 3 Section 13 of the Kano State Emirate Law 2019 and other reasons stated above,” he had said.
However, the Presidency, yesterday, broke the silence on the dethronement of Muhammadu Sanusi II as Emir of Kano, saying that President Muhammadu Buhari should be left out of Sanusi’s removal.
In a statement issued by the Senior Special Assistant to the President (Media & Publicity), Garba Shehu, yesterday, the Presidency, said Buhari has no involvement whatsoever in the dethronement of Sanusi from the position of Emir of Kano.
“All such insinuations are untrue, malicious and politically motivated. The President does not have a history of intervening in the affairs of any state in the country, unless the issue at hand is of national consequence. On such matters which impinge on national security, he has a duty of involvement as the law stipulates,” it said.
According to the Presidency, as outlined in the Constitution, the appointment or removal of emirs and other traditional leaders was strictly within the jurisdiction of state governments.
The Presidency said it was unfair and disingenuous of opposition politicians to try to link the situation in Kano State to the Federal Government and the Nigerian President.
“Although a retired general and former military head of state, Buhari clearly understands that under the current democratic dispensation, the government at the centre cannot read instructions or twist the arms of all or any of the 36 state governments making up the federation. They all have their powers specified under the Constitution.
“President Buhari commends the people of Kano for keeping calm in the past few days of the dethronement announcement. He prays that the will of Allah will be done at all times, and that the emirate/state and its people continue to experience progress irrespective of who is on the throne,” the statement said.
Meanwhile, President Muhammadu Buhari and the Governor of Nasarawa State, Abdullahi Sule, yesterday met in Abuja.
The brief meeting, which held at the President’s office, was before the commencement of the Federal Executive Council (FEC).
Sule came to the Presidential Villa about 10 am.
Though no official reason was given for his visit, it may not be unconnected with the dethroned former Emir of Kano, Muhammadu Sanusi II, banished to his state on Monday by Governor Abdullahi Ganduje of Kano State.
The Kaduna State Government had on Tuesday appointed the deposed Emir of Kano, into the board of the state’s Investment Promotion Agency (KADIPA) about 24 hours after his removal.
A statement from the governor’s spokesman, Muyiwa Adekeye, said that “the appointment is part of the reconstitution of the board of KADIPA, which is statutorily chaired by the deputy governor, and has as internal members, other senior officials of the Kaduna State Government.”
The statement added that “Kaduna State hopes to benefit from the profile, experience, intellect and networks of His Highness, Muhammad Sanusi, who before becoming Emir, had built a solid reputation in global financial circles.