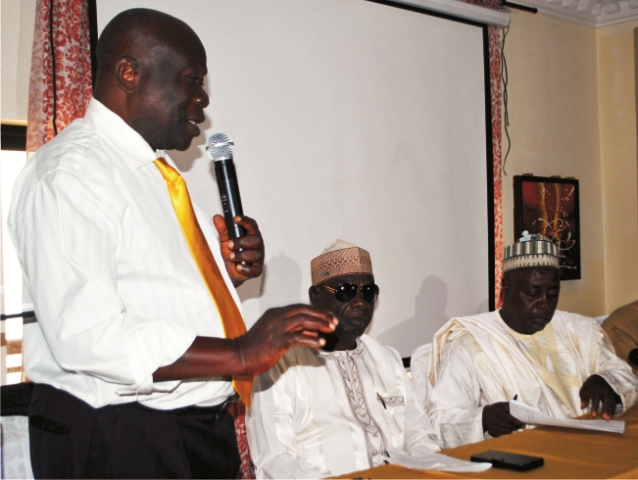 A former Deputy Director, Federal Ministry of Mines and Steel Development, Mr Nelson Ajari, has called for sensitisation of miners and solid mineral stakeholders to fully harness the potential in the sector.
Ajari made the call at the sensitisation programme of the miners at the federal secretariat in Asaba, with the theme: “Sensitising Programme on Mining Activities in Delta”.
He said the sensitisation programme was coming at a better time when all the three tiers of government were making efforts to diversify the economy.
According to him, this is to make it less vulnerable to all frequent changes in the price of petroleum at the international market.
“The development of the nation’s solid mineral resources provides the means by which such diversification can be effected.
“The country is blessed with numerous mineral resources- sand, river sand, laterite, gold, Iron ore, barite, lead, zinc, manganese, among others.
“Jobs creation and poverty reduction amongst others, are some of the benefits derivable from solid minerals exploitation,” he said.
Also, the Minister of Mines and Steel Development, Mr Olamilekun Adegbite, said that Federal Government would no longer tolerate evasion of royalty payment by miners.
“Under the Nigeria Mineral and Mining Act, 2007 guidelines, there would be no room for royalty payment evasion,” Adegbite said.
The minister noted that while mining has a significant role to play in the diversification of the country’s economy, the sector was still classified as non-performing.
He, however, appealed to stakeholders to maintain high standards of integrity in carrying out mining activities in the country.
In his remarks, Mr Patrick Idolor, Chairman, Miners Association of Nigeria (MAN), urged the ministry to collaborate with miners to ensure that illegal mining was drastically reduced.
”This effort cannot be carried out without an articulated approach, which include proper orientation and continuous sensitisation of miners.
“The sensitisation on the need to guide eligible miners on obtaining mining licence, and sand, as mineral that is the predominantly mining activity in Delta State would not have come at a better time than this.
“Our association is working toward organising the smallholding miners to ensure that miners in the state are aware of their responsibility with regard to royalty payment,” Idolor said.