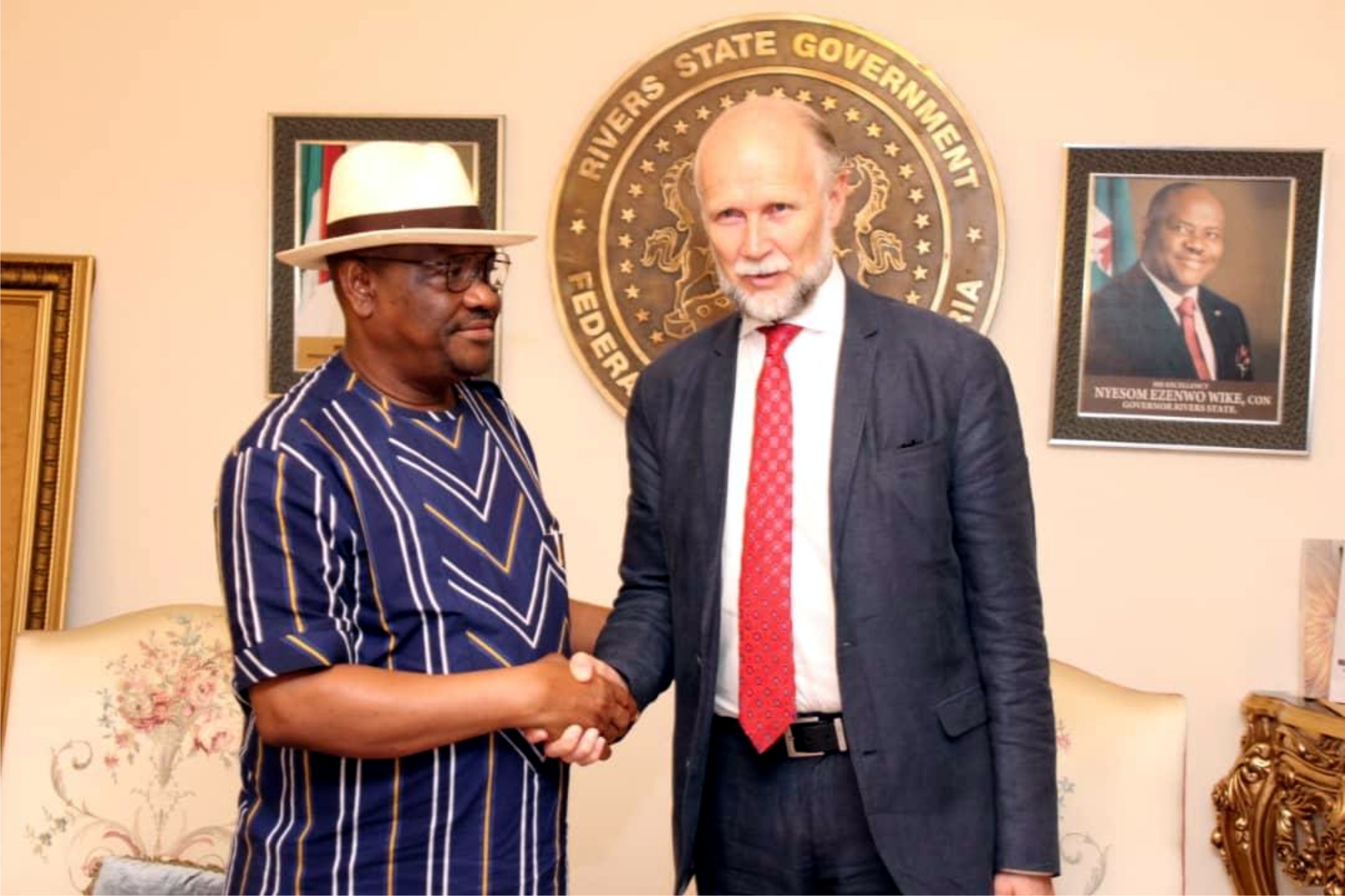 Rivers State Governor, Chief Nyesom Wike has affirmed that the State Government has developed a strong security architecture that is attracting foreign and local investors to state.
Speaking on Friday when he granted audience to the Norwegian Ambassador to Nigeria, Jens-Peter Kjemprud at the Government House, Port Harcourt,  Governor Wike said that more investments are being made to further improve security in the State.
He said: “We have improved security in the state and that has given confidence to investors.  We are further developing the security architecture for better security of lives and property.”
Governor Wike said that with  improved security,  most shipping companies are returning to Onne Port in Rivers  State to carry out their businesses.
He said that Onne Port is one of the biggest and best equipped ports in the country that will easily accommodate more ships and facilitate trade.
According to him, the Rivers State Government will continue to work out ways to partner with Norway,  especially in the area of agriculture.
“We want to partner with your government in the area of agriculture.  Our focus will be fish farming to improve our economy and empower most of our people,” he said.
The Governor called greater cooperation between Norway and Rivers State.
He noted that the Rivers State Government is interested in interacting with leading investors from Norway,  with a view to attracting them to invest in the state.
Governor Wike urged the Norwegian government to open a consulate in Port Harcourt because of its strategic position in the economy of the country.
Norwegian Ambassador to Nigeria, Jens-Peter Kjemprud said that the Norwegian government is committed to improving its relationship with the Rivers State Government in order to enhance economic growth. He said at present,  Norwegian Companies are working in the construction industry in Rivers State.
He said that if the Petroleum Industry Bill is passed, businesses will grow, while jobs will be created in Rivers State and other oil producing states.
He noted that 50 Norwegian Companies  are working in the nation’s oil and gas sector.  The Ambassador said that Port Harcourt is the alternative to Lagos and would be patronised  by investors.
On the request by the Rivers State Governor for the opening of Norwegian Consulate in Port Harcourt,  he said that steps have been taken to actualize this goal.
The Ambassador invited the Rivers State Governor to Norway to interact with different classes of investors to enhance the economic cooperation between Norway and Rivers State.
Chief Executive Officer of Charkin Maritime and Offshore Safety Centre, Sir Charles Kinikanwo Wami accompanied the Ambassador to the Government House Port Harcourt
Related Topics:front-pix
Up Next